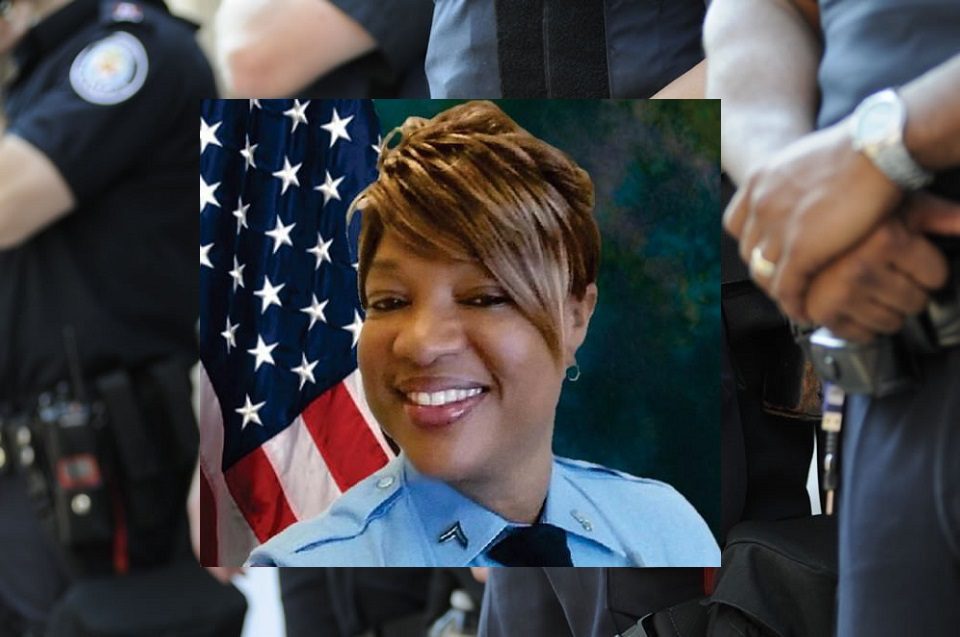 Sunday, July 26, 2020, Louisiana authorities announced that COVID19 had taken the life of a veteran police officer from New Orleans. Senior Police Officer Sharon Williams, age 54, had served her community with the New Orleans Police Department for more than 30 years. On Thursday, July 16, 2020, it is presumed that Williams came into contact with the virus while on the job. She died while receiving treatment for the virus at Slidell Memorial Hospital.

Officer Williams was a nurturer within the New Orleans Police Department. When she came across troubled women on the job, she took them as “potential angels” that she was put on earth to help. As an officer, she went beyond her duties and ‘adopted’ these women, often helping them into a better phase in their lives.

Her sister, JaShawn Berry Lucius, talked fondly of her sister and her way of adopting young women to help. “Once she adopted you, you were in our family for life. The young women would be invited to “social gatherings, kids’ birthday parties, mom and dad’s anniversary. Sharon often went to Walmart to buy clothes for them.”

Officer Sharon Williams had a saying she shared with all those around her. “Be careful how you treat people because you could be entertaining an angel.”

The primary police agency in the city of New Orleans is the New Orleans Police Department. The department covers not only New Orleans but all of Orleans Parish as well. Senior Officer Sharon Williams gave all of her adult life to this department and her work as an officer. Due to its size, the NOPD is divided into eight districts. Each district has its own police captain.

The origins of the New Orleans Police Department dates back to 1796. Before that year, from the time French colonists founded the New Orleans area and settled in 1718, the area was ‘policed’ by the local military. Under the governing of the Spanish leader Baron Francisco Luis Héctor de Carondelet, in 1796, the beginnings of New Orleans having their own police department began after he commented, “Crime had reached such proportions by the mid-1790s that a full-time city police force was required.”

In the early 1800’s it was one of the first departments that called for the hiring of ‘free people of color.’ The idea was to accept the many local black community members as the area had a large mixed-race population. Though it intended to uphold the local ethnicities as part of the police force, the first African-American Police Superintendent did not come along until 1994, with Superintendent Richard Javon Pennington. He later became Atlanta’s Chief of Police.

Families across the globe are faced with carrying on after losing loved ones to COVID19. Senior Police Officer Sharon Williams leaves behind her only son.

Susan Korek, a resident, commented on the loss of an NOPD officer and the impact of COVID19. “It’s unfortunate. I just wanted to honor Sharon as I do any officer. I’m the neighborhood watch captain in my area. I think they’re courageous, and I appreciate them very much. It’s bad enough that the officers are in danger every day — but to pass over COVID? She was staying in doing her job.”

The New Orleans Police Department tweeted their loss and condolences for William’s family. “We are unfortunate to announce the passing of another member of our #NOPD family due to complications from #COVID19. Fifth District Ofc. Sharon Williams, a 30-year veteran of our Dept., passed away this morning. Please keep her family & friends in your prayers.”