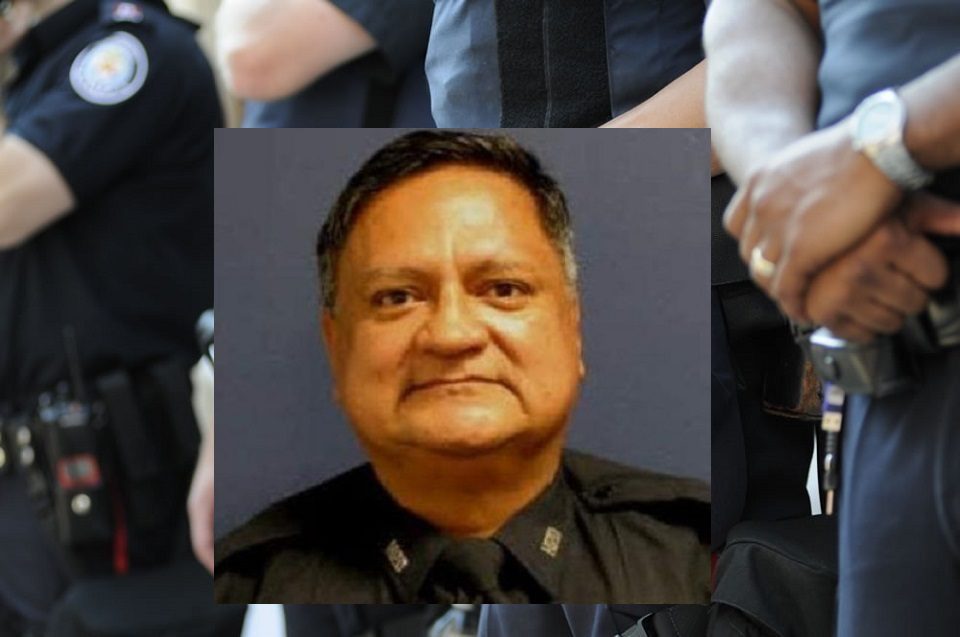 With Texas law enforcement hit hard by losses due to COVID19, a large city police department like Houston had been counting its blessings, having not lost anyone this far into the virus. That is, until now. Houston officials were saddened to announce the first police officer’s loss due to the coronavirus on Friday, November 27, 2020. Senior Police Officer Ernest Leal, Jr., age 60, died from complications arising from contracting COVID19. He likely contracted the virus while on the job and is considered a line of duty death.

Officer Leal served his community as a law enforcement officer with the Houston Police Department for over 36 years. Most recently, he had been assigned to the North Division. He was well-liked and respected by the community members where he patrolled. These residents were saddened that he had been a victim of the virus. On Tuesday, November 24, while Officer Leal received treatment in the hospital, a large group showed up outside the hospital, holding signs of support and encouragement. Leal had been fighting the virus at the HCA Houston Healthcare North Cypress Hospital when he passed.

Officer Leal gave his life to the Houston Police Department. He wore the badge for over 36 years. The HPD is the primary law enforcement agency for the city of Houston. The department has approximately 5300 sworn officers and 1200 civilian employees. HPD’s jurisdiction is shared with two other law enforcement agencies, the Harris County Sheriff’s Office and the Harris County Constable’s Office. The HPD is considered the fifth-largest police department in the United States, while Houston is the US’s fourth-largest city.

The city of Houston was founded in 1836 by two brothers, Augustus and John Kirby Allen. It was incorporated in 1837. The Houston Police Department issued its first badge, “Number 1,” when it originated in 1841. Over the years, the department has grown alongside the city of Houston. In 1910, the agency bought their first patrol car and started their first patrol squad. In 1921, HPD installed the city’s first traffic light.

A hero to his family, they are mourning the loss of their family patriarch. Officer Ernest Leal, Jr. leaves behind his wife, four children, mother, and three siblings. His many years of serving the community mean that his impact on other lives was numerous. These neighbors, friends, extended relatives, and coworkers will join the city of Houston to celebrate his life and support his family in their tough times ahead.

Doug Griffith, Vice President of the Houston Police Officer’s Union, spoke of Leal’s commitment to his community and job. “Everyone out there said just how much he was a go-getter. He would always be on the scene, you know. He is always out there to help out and lend a helping hand and serve the community. It’s an honor to have known him and his lovely wife, and we just want to keep them in our prayers right now.”

Houston Mayor Sylvester Turner spoke of the city’s sadness over losing Leal and another city employee in the same week. “As a city, we collectively mourn and feel the grief and heartache of losing two employees in the same week as a result of COVID-19. I ask all Houstonians to pray for the families of Officer Ernest Leal and Joel Cirilo. In their own way, they contributed to our city and made life better for all of us. I am grateful for their dedication and service to the City of Houston.”