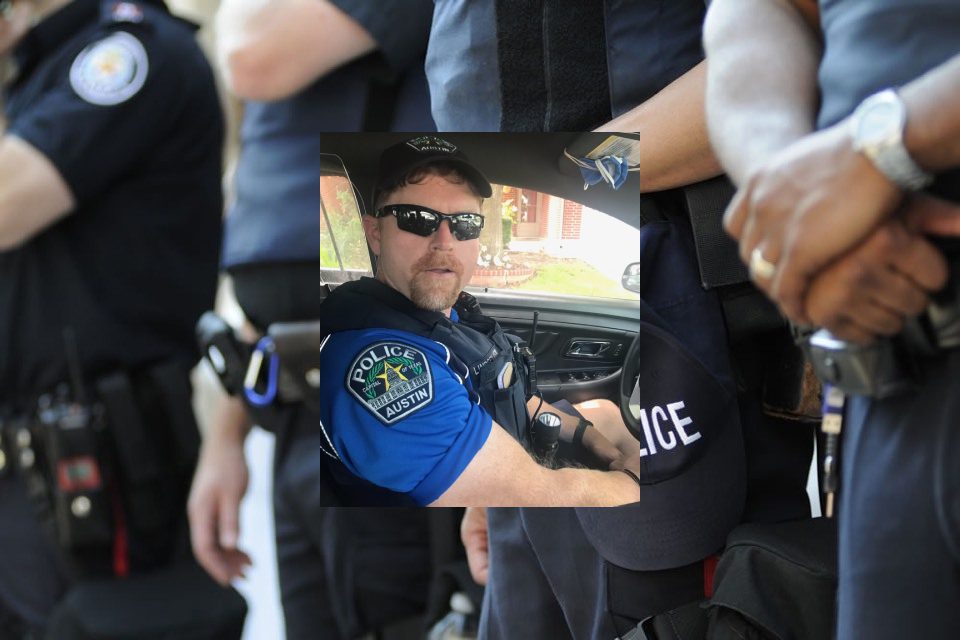 Texas residents have had a devastating time with the deadly coronavirus pandemic over the past two years. For both years, 2020 and 2021, the state has lost more law enforcement officers to the virus than any other in the nation. The numbers for 2021 are still being accumulated, but it appears that Texas may have lost approximately 100 officers to COVID19 alone.

On Sunday, December 5, 2021, Senior Police Officer Eric Lindsey, badge number 4674, died due to complications of COVID19. Likely, Officer Lindsey contracted the virus while on duty. He served his community at the Southeast Area Command in Austin, Texas. Officer Lindsey was 45 years old.

Officer Eric Lindsey had served with the Austin Police Department for over 20 years. He began his police career after graduating from the 104th Cadet Class and was sworn in May 2002. He worked patrol in various areas of Austin, including David Nights, Parks, and Henry Days.

Police Officer Lindsey proudly represented the Austin Police Department. The APD is the primary law enforcement for the city of Austin. It is an extensive law enforcement agency that employs more than 1900 sworn police officers. This is complemented by approximately 750 civilian administration personnel.

Austin has nearly a million residents and is also the capital of Texas. APD Patrol officers are responsible for patrolling and protecting the residents in a 326.5 square mile area. To meet this need, APD is one of the premier law enforcement agencies in the country. The department has eleven separate patrol districts and the many regions in which the agency excels in expertise. The department is extensive and has an annual budget of more than 440 million dollars.
Officer Eric Lindsey is the 28th officer with the Austin Police Department to die in the line of duty.

Senior Police Officer Eric Lindsey leaves behind his wife and son. The Lindsey family will need the community’s help to work through these challenging times. Family, friends, neighbors, and coworkers will join them in mourning the loss of Officer Lindsey. In addition, the Austin Police Department will provide ceremonies and demonstrate honor for the sacrifice made on behalf of the city of Austin.

Austin Police Chief Joseph Chacon also informed residents of the loss. “It is with great sadness that I inform you of the loss of Senior Police Officer Eric Lindsey #4674. Eric passed away on December 5 after a prolonged, valiant fight against a medical condition, with family surrounding him. He is survived by his wife and his seven-year-old son.”

The Austin Police Department shared images and video of the funeral service held for Officer Lindsey. The post included sympathies for the Lindsey family. “Today, we honor and remember the life of our brother, Sr. Officer Eric Lindsey, who passed away on December 5, 2021, due to a prolonged illness. He was a devoted husband, father, brother, and son. Our thoughts and prayers are with his wife, their son, and the entire Lindsey family.”