In Memory of Senior Master Trooper Todd A. Hanneken 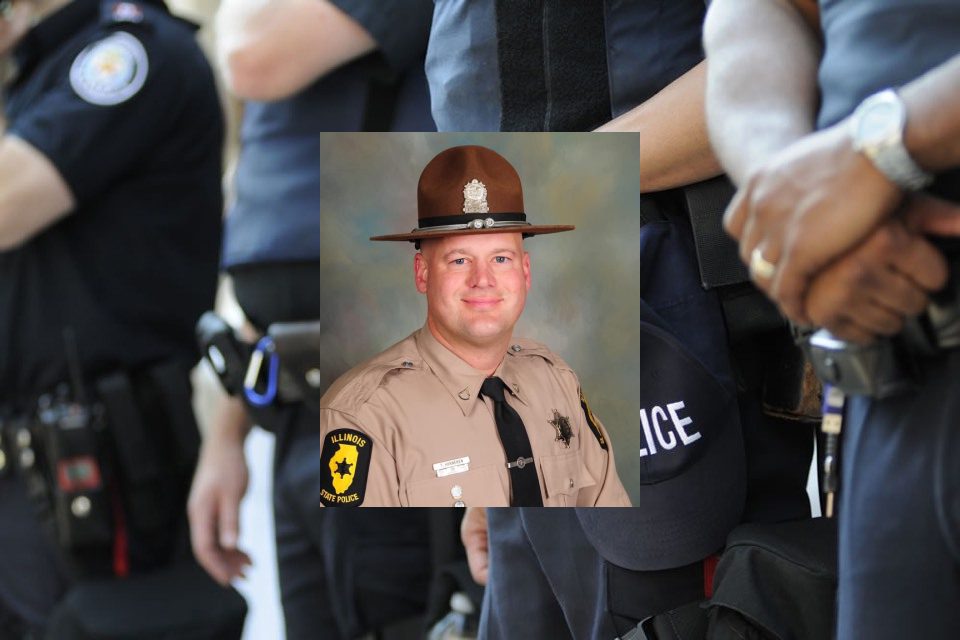 Thursday, March 25, 2021, Illinois authorities briefed residents that an Illinois State Trooper had lost his life in a vehicle accident. Senior Master Trooper Todd A. Hanneken, age 45, was involved in a single-car crash on Illinois 10.

Trooper Hanneken wore badge number 5213 while he served his community through his positions as an Illinois Trooper. It was approximately 10:45 am, Hanneken was driving along Illinois 10 near 600 E in Bondville. For unknown reasons, his vehicle left the road, striking both a utility pole and a tree.

Hanneken was airlifted to Carle Hospital in Urbana. He succumbed to his injuries and was pronounced dead at 11:45 am.

ISP Director Kelly praised Hanneken for being a great trooper. He was proud to have had the opportunity to award him the Medal of Honor for life-saving measures he had taken in 2018. In May of that year, Hanneken had risked his life to save an IDOT worker from a burning car. Despite the flames, he jumped across the hood of the car and managed to pull the man to safety. “He didn’t like to brag about it. He didn’t like the spotlight.”

From the general public’s perspective, most of us believe that being a law enforcement officer is a dangerous career path. Our first thought often goes to criminals and gun violence. While that danger is also genuine, it can go overlooked that vehicular accidents take more lives than any other cause. This was until 2020 and the enormous loss of life our officers experienced from exposure to COVID19.

Departments everywhere, training services, and research studies are continually working to remind officers that most of these deaths can be prevented. The numbers lost to vehicular accidents or assaults from 2006 to 2019 total 809 lives. That is 809 families that lost a loved one, and a large percentage of these lives could have been saved by using their seat belt.

Hanneken chose to serve his career in law enforcement with distinction. He gave his life to protect and serve the residents of Illinois.

The ISPD training facilities are located in Springfield, Illinois, and were initiated in 1922, with the rise of automobiles and bootlegging. Today the department has nearly 1,700 sworn officers that are backed up by approximately 1200 civilian personnel. Hanneken is the 67th officer of the ISPD to lose his life in the line of duty.

Senior Master Trooper Todd A. Hanneken leaves behind his wife, two sons, brother, and parents. His father had also been an Illinois State Trooper.

ISP Director Brendan Kelly commented on the loss, stating there was no indication of foul play. “This is a sad moment. We are hurting. Todd’s family is especially hurting. Trooper Hanneken is survived by his wife, two boys, and several other family members. We will honor his life, service, and the service and sacrifice of his family.”

Friend Dan Jones spoke of how Hanneken was a devoted family man who worked tirelessly for the community’s residents. “When he walked into a room, he lit the room up. It’s hard to describe, but if you were in a bad mood that day, he could put a smile on your own face. It’s hard to describe; he was definitely proud, he was definitely proud of his boys. When you see someone that had a glow like him and what he could make you feel like and make others feel like, it just was special and it just, I don’t know, it just hit me different.”

Tom Klebe volunteered to coach youth basketball with Hanneken. “He had a contagious laugh, and he had a way of relaxing the players, and the kids, and the other coaches. He was so selfless and just always put others first. I bet there’s more of those kinds of stories, honestly. Someone to be looked up to, the way he engaged with his wife and kids.”