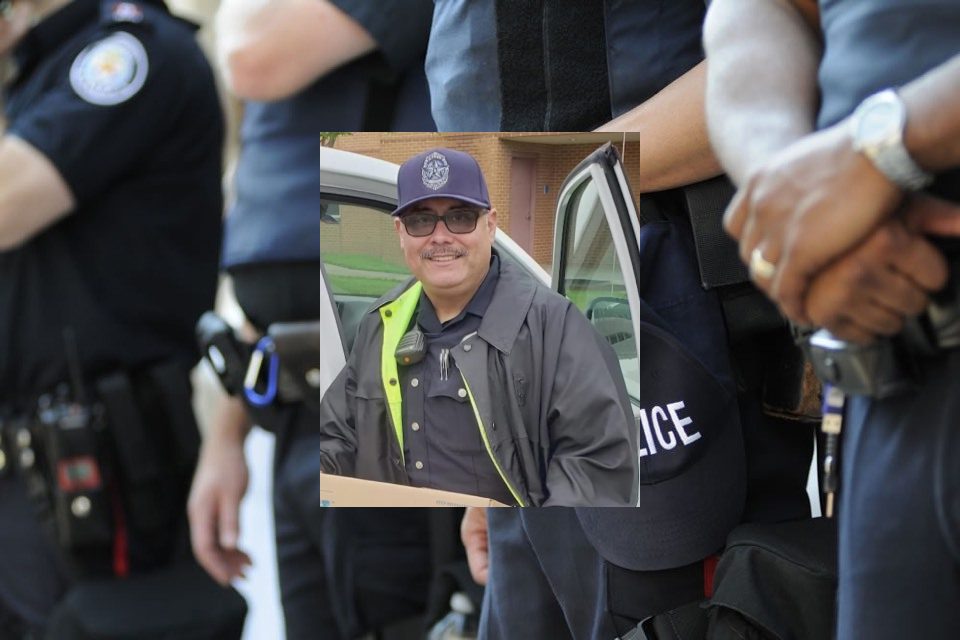 The Dallas Police Department has suffered many losses during the COVID19 pandemic. Disheartened once again, officials came to brief the public about the loss of another officer among their ranks. On Thursday, September 23, 2021, Senior Corporal Arnulfo Pargas, badge number 8001, died due to complications of contracting COVID19. The coronavirus has quickly become the number one cause of line of duty deaths among all officers in the US. Cpl. Pargas was 52 years old.

Pargas tested positive on June 12. He fought for a long time to survive the virus. He was placed on ventilators six days after he was diagnosed and struggled to survive. Officers from the department often would come by to check on the family or pray with Pargas. It is a tremendous loss to the community. Pargas was called the “heart and soul” of the community.

Sr. Cpl. Pargas served the Dallas Police Department for more than 20 years. Outside of the department, Pargas worked at taking care of those in need. He would take note of those he came across on the job that needed some assistance. Sometimes this meant bringing food to families, at times purchased with his own money.

Senior Corporal Arnulfo Pargas loved being an officer. He had served the people of Dallas for more than 20 years. DPD has had a long history in Texas, as it was founded in 1881. DPD is the primary law enforcement agency for Dallas, which is the third-largest city in Texas and ninth-largest in the US.

Dallas Police Department manages services for such a large city by dividing the agency into seven divisions based on city subdivisions. DPD has more than 3000 sworn officers and approximately 575 civilian employees. All officers work each day to keep 1.2 million residents safe from harm.

From the seven stations, officers work together using 1200 marked patrol vehicles, 900 unmarked police cars, 40 motorcycles, two boats, and two helicopters to keep one of the largest cities in the US safe and secure. The Chief of Police is appointed by the City Manager, appointed by the Dallas City Council. Council members are elected, the City Manager is not. The current Chief is Edgardo (Eddie) Garcia.

Senior Corporal Arnulfo Pargas leaves behind his wife, three sons, and daughter. The community will lift the Pargas family, helping them through this challenging time in their lives. Honor guards from around the area will help to fulfill bringing full honors to the ceremonies for Cpl. Pargas. This allows the residents and family to understand the significance and gratitude for the cost of an officer’s life.

Robert Munoz, a friend, and colleague spoke highly of his lost friend. “Not only was he a good officer, a good friend, a good brother. He was the face of the community. We need to let the community know that we need to be safe and responsible and value your loved ones and your friendships and your family.”

Henry Martinez, a close friend of Parga’s, talked of how Pargas was busy helping people in Dallas even when off-duty. “Even on his days off, Sunday, we would meet to grab food for the pantry or someone for someone in distress, families that needed emergency food.”