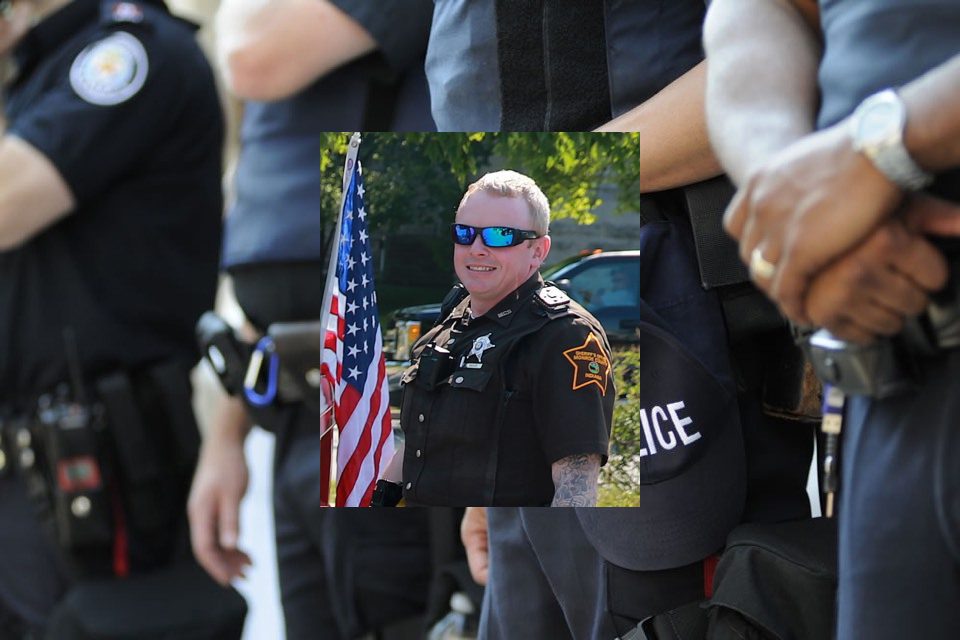 On Monday, March 29, 2021, Monroe County, Indiana authorities briefed residents about the loss of a local reserve deputy. Reserve Deputy Sheriff James Driver, age 38, was killed in a vehicle crash while attempting to respond to a call. He had served with the Monroe County Sheriff’s Office for more than two years.

Driver was killed in an accident on his way to help someone else. The accident occurred near the intersection of West State Road 45 and West Eller Road. Deputy Driver was trying to get to another accident that had possible injuries.

A tractor-trailer was attempting to come to a complete stop. The driver of the truck lost control, and his trailer hit Deputy Driver’s patrol vehicle. The accident’s force sent the patrol car rolling over; Deputy Driver was ejected from the vehicle. He succumbed to fatal injuries after arriving at IU Health Bloomington Hospital.

According to details released by the National Law Enforcement Officer Memorial Fund, which keeps statistics on line-of-duty deaths, vehicle accidents take far too many lives of officers across the US. The statistics prove that high-speed pursuits, time on the road, and roadside police work may be far deadlier than gunfire.

Studies showed that in the last decade (2009 to 2019), 1,068 officers had been killed in the line of duty. We all know choosing law enforcement is a dangerous career, but our first thought generally goes to handguns. It may surprise you that 330 officers were killed by firearms during those ten years, while 577 died in motor vehicle accidents. Nearly double.

Many department training programs stress wearing a seat belt. It is found that many officers who have died from vehicle-related crashes are not wearing their seat belts, despite department regulations to do so. If we can encourage officers to buckle-up, we may save more officer lives.

A family man, Driver was born in the UK and chose to make Monroe County, Indiana, his home. He also stepped up to do more for others by choosing a career in civil service. Driver was working on obtaining his American citizenship.

The MCSO is a full-service law enforcement agency with a simple motto: “Integrity, Respect, Service, Diversity, Honor.” These are extraordinary values to represent. The MCSO has a 200-year history in the state of Indiana. Deputy Driver is the third officer lost in the line of duty during that time; all three have been in the last twenty years. Reserve deputies are all volunteers. Deputy Driver put his life on the line for others as a volunteer.

A family man from Spencer, Indiana, Reserve Deputy Sheriff James Driver, leaves behind his wife, daughter, and two stepchildren. The residents have been working together to raise funds to help his young family during their time of need. The MCSO in Bloomington, Indiana, set a patrol car, dressed in black, to allow residents to bring flowers or items to show their gratitude for the sacrifice made by Deputy Driver.

Monroe County Sheriff Brad Swain commented on the loss to residents. “He represented us in such a great light. It’s certainly created a void that is going to be hard to fill. Everybody is hurting. James was very well-liked. We recently signed a contract with a mental health provider for all the staff just last week, and we never anticipated that we would need those services so quickly. Those who were at the scene yesterday are having a hard time as well. He just had a great servant’s heart. You know, when you’re a reserve deputy or volunteer firefighter, it’s the uniform and the job you do. It doesn’t matter if you don’t get paid. The risks don’t change. He stayed with us during one of the most challenging times in American law enforcement and was still proud to do the job and wear the uniform.”

Indiana State Police are still investigating the cause of the crash.