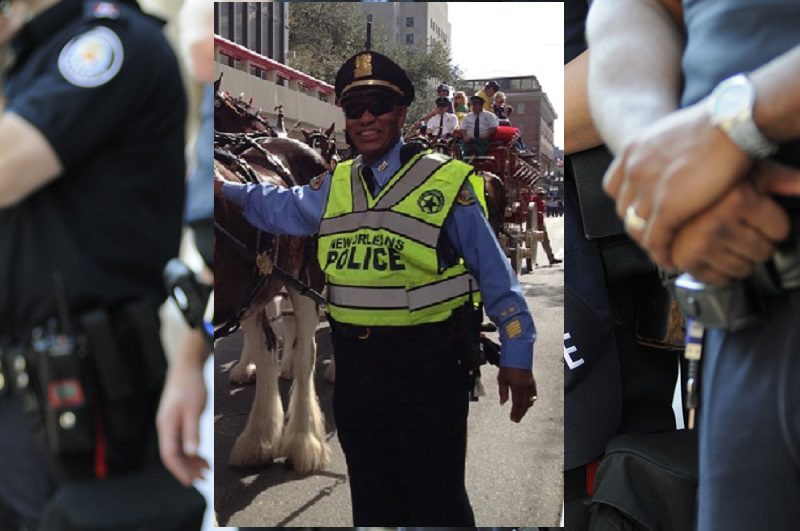 From February 14 to February 25, Boseman was assigned duty at a busy intersection on Poydras Street and St. Charles Avenue. This area is known locally as the “Cross-over.” At this time, he interacted and monitored thousands of people for the Mardi Gras celebration. There were a total of three officers who were assigned to this same location, all who tested positive for the virus.

Capt. Boseman was a hard-working officer and was the first officer to put forth a plan for policing this area during Mardi Gras. He created the Poydras and St. Charles Mardi Gras Corridor Traffic Plan for the department.

The department made this comment about his plan and how efficient it had been working. “His team – consisting of reserve officers, civilian volunteers, and reserve police recruits – received high praise from the NOPD and City officials for consistent flawless and efficient work each year.”

Capt. Boseman was well-known in the community and a popular reserve policeman. He loved working large-scale events, getting out with the people.

In a statement from the New Orleans Police Department, they described his favorite policing duty. “One of Boseman’s favorite details was working in the parking garage at the Mercedes-Benz Superdome, where he allowed New Orleans Saints players in and out of the games for many years.”

Boseman enjoyed working with the toy drive for the children. Before becoming a reserve officer, he was a music teacher. He also worked for the Social Security department and the U.S. Customs Service. Capt. Boseman was also known for his singing voice; he was a talented musician and worked with the Moses Hogan Chorale. This talent allowed him to travel the world to perform.

Reserve Captain Boseman gave 35 years of his life to the New Orleans Police Department. It is a department rich in history. It was first recorded in 1796 signed into existence by Baron Francisco Luis Héctor de Carondelet. The first entry in the police blotter states the reason for the formation. “Crime had reached such proportions by the mid-1790s that a full-time city police force was required.”

The department has over 1200 sworn officers, five bureaus, eight districts, and one central lock-up facility. These officers are responsible for a city that covers over 350 square miles and holds a population of over 390,000 residents. The department, along with State Troopers and the National Guard, is also responsible for the safety and crowd control during Mardi Gras, which can bring an average of half a million visitors into the city.

Reserve Captain Raymond Andrew Boseman comes from a very large family who loved him very much. He was number eight out of nine children. He was preceded in death by seven of his siblings. Two of his sisters remain behind, mourning the loss. He is also survived by his wife of 57 years, two children, six grandchildren, and three great-grandchildren. The community loves Capt. Boseman, as well as his brothers and sisters in blue. It is a great loss for everyone in the community, as well as his family.

New Orleans Police Department Superintendent Shaun Ferguson made this brief statement regarding the loss of Capt. Boseman. “The NOPD extends its condolences to the family, friends, and loved ones of Capt. Boseman and offer thanks for his many years of dedicated service to the NOPD and the City of New Orleans. He was an exemplary person and an outstanding member of our NOPD family. He will be missed greatly by all who had the pleasure of knowing him.”