In Memory of Ranger Brendan Unitt 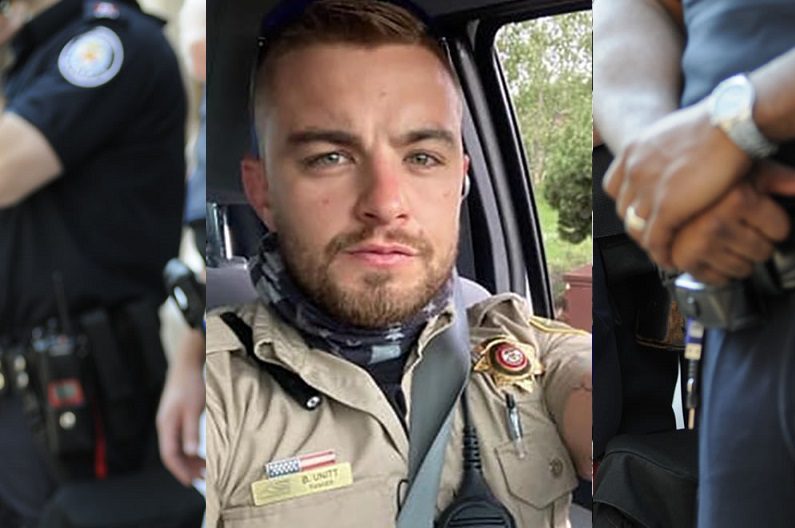 On Thursday, August 20, 2020, Colorado officials briefed the public about the loss of a young ranger who drowned on the Horsetooth Reservoir. Department of Natural Resources Ranger Brendan Unitt, age 27, and a veteran of the U.S. Marine Corp. was answering a distress call of a boater near the Soldier Canyon Dam around 9:30 pm when he drowned.

Ranger Unitt had been on foot patrol in the area when a boater’s distress call had come in during an extreme wind event. A storm front was moving through the site. He was on the west shore of the reservoir, and when he returned to his boat, he found it had been blown offshore. It is assumed that he removed his vest to swim out to retrieve his boat quickly.

A massive search was held when he did not answer the radio. He had also failed to respond to the distressed boaters. The search went on until his body was found at 3:30 am the following morning.

Ranger Brendan Unitt had served with the Larimar County DNR for approximately six months. Unitt was born in Denver, Colorado, and was well known for his time on the Windsor High School Wrestling team. On graduation, he entered the U.S. Marine Corps and stayed for four years. Upon his release from service, Brendan Unitt pursued a bachelor’s degree in Psychology at Colorado State University. Ranger Unitt was well known in many parts of Colorado and had a winning personality, warmth, and great kindness that he bestowed upon every person he met.

After his military service, Ranger Unitt was excited about his future with the Colorado Department of Natural Resources. As an outdoorsman, he had found a career he could love. The Colorado DNR includes many diverse agencies that all work together to protect the lands, waters, and Colorado people.

DNR manages our resources so that the opportunities that we have today in our forests, lakes, and other wildlife areas remain intact for future generations. The Colorado DNR manages 42 state parks and more than 300 wildlife areas within the state. Some agencies within the DNR also manage mining, oil and gas industries, metals and rock used in construction. The Colorado Water Conservation Board falls under the DNR jurisdiction, and this agency manages and protects the state’s water supply.

With Colorado’s mountainous terrain, the DNR also is home for the state’s Avalanche Information Center. Dedicated professionals provide up-to-the-minute weather alerts as well as sending emergency responders in any incident. The DNR is a vast agency that covers resources necessary for all Americans. All of its many agencies work hand in hand to protect our planet, resources, and our future.

A hero on Colorado’s waters, friends, and family of Ranger Brendan Unitt honored his life with a boat procession in Fort Collins on Horseshoe Lake. The community that Unitt worked to befriend, help, and save lives came together to honor the sacrifice he made with his own life. The large number of people who wanted to pay their respects and attend the funeral of Unitt is a testament to how easily he made friends everywhere he went.

Larimar County Sheriff’s Office posted a specially prepared video to the public regarding the loss of Ranger Unitt. They wanted to give something special back to the community who had lost him and glimpse into the hero for those who never had the opportunity to meet him. “We have prepared a video statement regarding Ranger Unitt, who died in the line of duty late last week. Please view it at Video Statement and Remembering Brendan Unitt. This brief describes the incident that claimed the life of Ranger Brendan Unitt and provided a glimpse into his character and personality.”

DNR Corporal Trevor Knight stated sorrow and respect for the man he had called a friend. “If I had to pick one word to describe Brendan, selfless, would be the word. Everything that Brendan did was for someone else. Brendan dedicated himself to his community and his country.”

Long time roommate and friend, Preston Nimtz, spoke of how Unitt was larger than life. “I joke with people. I think the only thing small about Brendan was his stature. He was 5’3″, but he was larger than life in every other aspect. He was definitely the loudest one in the room. He wanted everyone to have a great time. I’ve never met somebody with the personality he has.”