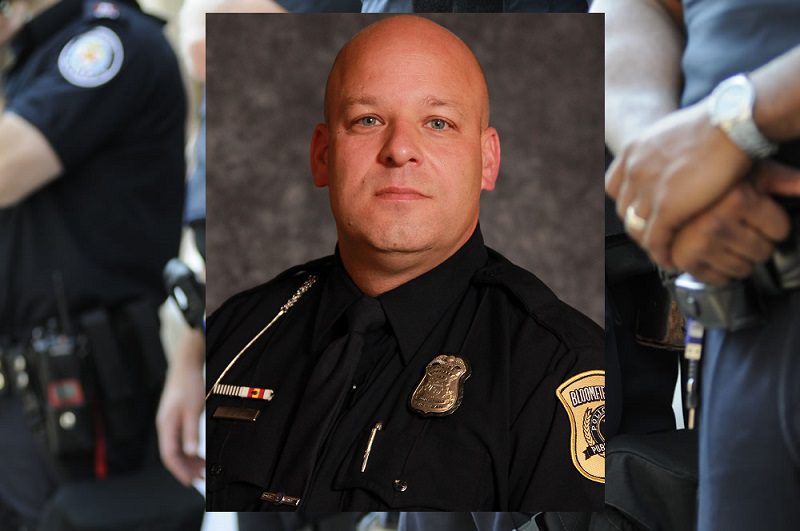 Sergeant Steven Splan, 46, suffered a fatal heart attack about twelve hours after chainsawing and removing a large tree that had fallen onto Bloomfield Hills Parkway near Woodward Avenue. Sergeant Splan and other officers responded to a call to cut and remove a tree at approximately 12:30 pm. He then backed up another officer with a traffic event after that, and he returned to the Bloomfield Hills Department of Public Safety (BHDPS) Station. Sergeant Splan, who had served 15 years with the Bloomfield Hills, Michigan, Police Department, was found unresponsive at 11:00 pm, August 2, 2020. His wife and four daughters survive him.

BHDPS Detective Lieutenant Jeffrey Gormley informed The Oakland Press that before deciding to become a police officer, Sergeant Splan was a salesman and a volunteer firefighter for the Troy Fire Department. Reflecting on his Brother in Blue, Lieutenant Gormley went on, “Steve was a people person.” “He was very personable. He liked solving problems and helping people out.” The husband and father-of-four was very devoted to his beloved family. Lieutenant Gormley continues, “He was a hands-on dad if he wasn’t at work; he was taking care of the girls.”

The BHDPS Facebook Page had an entry that read: “The Bloomfield Township Police Department sends our thoughts and prayers to Sgt. Splan’s family and the Bloomfield Hills Police Department. Our extended community lost a great office and a friend. RIP Sgt. Splan, we’ve got the watch from here.” Sergeant Splan was laid to rest on Friday, August 7. Funeral proceedings were held at the Pixley Funeral Home, and the service was held at St. Andrew’s Catholic Church, both located in Rochester.

A fellow officer found an unresponsive Sergeant Splan around 11:00 pm on the kitchen floor of the station and immediately began performing CPR. Sergeant Splan was taken to St. Joseph Mercy Oakland Hospital by an ambulance crew. He was pronounced dead from cardiac arrest. There were no apparent signs that Sergeant Splan was suffering from any health problems.

Public Safety Director Noel Clason reported, “Splan’s death has left an entire department in mourning.” Clason continued, “He had an electric personality. He was very intelligent. He was an incredible firefighter. He was a good friend to a lot of people here and a lot of people in the Troy Fire Department. He would always find the positive in any bad situation.”

The Rochester resident even saw a bright side during the COVID-19 era, discovering that it gave him more time to bond with his family. “Nothing was more important to him than his girls. Nothing came before family. That was it.” Clason explained that Splan was a firefighter ten years before becoming a Public Safety Officer in 2005. BHDPS officers are trained police, firefighters, and emergency medical services personnel. Last year, Splan became a patrol sergeant and served as the department’s public information office and fire investigator. Sergeant Splan also led the department’s endeavors to become accredited, which it did in 2018.

The Bloomfield Hills Department of Public Safety achieved the status of The Bloomfield Hills Department of Public Safety in 2018 and also received public protection classification of 3 out of 10 from the Insurance Service Offices (ISO). The ISO Class 3 rating not only ranks BHDPS among the elite 3% of not just Public Safety Departments but all Fire Departments across the entire Nation! Officers in BHDPS are doing triple duty since they are trained as police officers, firefighters, and emergency medical personnel and are thus three times more valuable. When one officer is down, it’s like having three officers down. When one dies, three important emergency training officers are lost.

As a BHDPS Officer, one is: a Police Officer taking on all the responsibilities under the subdivisions of Road Patrol and Detective Bureau; a Firefighter who not only respond to fires to perform rescue duties and extinguish the flames but also a commitment to reducing fires and performing inspections; and lastly as an Emergency Medical Responder (officers are state-licensed Medical First Responders – “MFR”) who will arrive 24/7 after a 911 call, on the scene of accidents needing medical assistance such as CPR and other lifesaving procedures that are performed to sustain a victim’s life until he or she is transported to a medical until where more specific care can be administered.