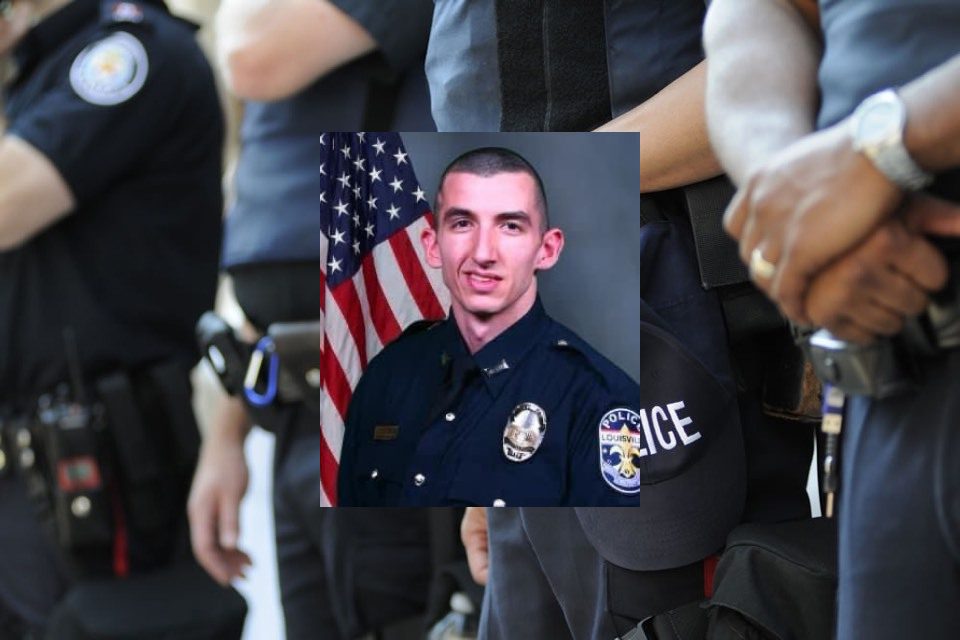 Louisville residents were saddened to hear that a young local police officer had died in a tragic accident. On Saturday, December 18, 2021, Police Officer Zachary Cottongim, age 29, died when he was struck by a vehicle while on the job. Officer Cottongim was a young family man whose death is considered a line of duty death.

With the dangers present in law enforcement, it can be surprising that violence is not the primary cause of death among officers. There is much talk of COVID19 being the number one cause of line of duty deaths, but this was not always the case. Before the pandemic, it was not violence that held the spot for the top cause of fatalities among officers but preventable automobile accidents. Prior to 2020, automobile accidents routinely held the top spot as a cause for the loss of officers. In light of this, most states also require that when you see an officer doing his job, please slow down and pull to the furthest lane if possible.

Officer Cottongim was rushed to the University of Louisville Hospital, where many physicians and nurses worked to save him. Unfortunately, after arriving at the hospital, he succumbed to his injuries. Cottongim had been a Louisville Metro Police Department member for the past seven years.

The Louisville Metro Police Department was recently formed in 2003. It was developed by a merger between two agencies, the Jefferson County Police Department and the Louisville Division of Police. The LMPD serves a large metropolitan area that is heavily populated. To maintain quality service across the city, the structure of the LMPD is divided into eight divisions. The LMPD also has several specialty investigative and support units.

Law enforcement has been in the Louisville area since 1806. It began as the nightwatchmen and further developed and grew into the agency that operates today. Jurisdiction for the department covers 399 square miles, and the agency serves a population of more than 607,000 residents.

Police Officer Zachary Cottongim leaves behind his wife and two children. The LMPD will provide full honors to the ceremony for Officer Cottongim and his family. In addition, residents, many government representatives, law enforcement, and clergies will pull together and help support the Cottongim family during their harrowing loss. Cottongim’s father is also a Louisville Metro Police Officer, and his wife worked for the LMPD as a civilian information process technician.

Louisville Police Chief Erika Shields was devastated by the loss. “There’s an enormous amount of pain for many people in a multitude of assignments. He trained officers; he worked on different details. It’s heartbreaking. There’s not much you can offer folks, especially when there’s a death that’s so senseless and avoidable. It’s very difficult to find light in a time like this right now.”

The Louisville Metro Council offered gratitude to the hospital staff who tried to save Officer Cottongim. “Thank you to the heroic efforts of the medical team at the University of Louisville Hospital that did everything possible to try and save his life. This officer’s dedication to his community, despite all risks, is to be commended and never forgotten.”