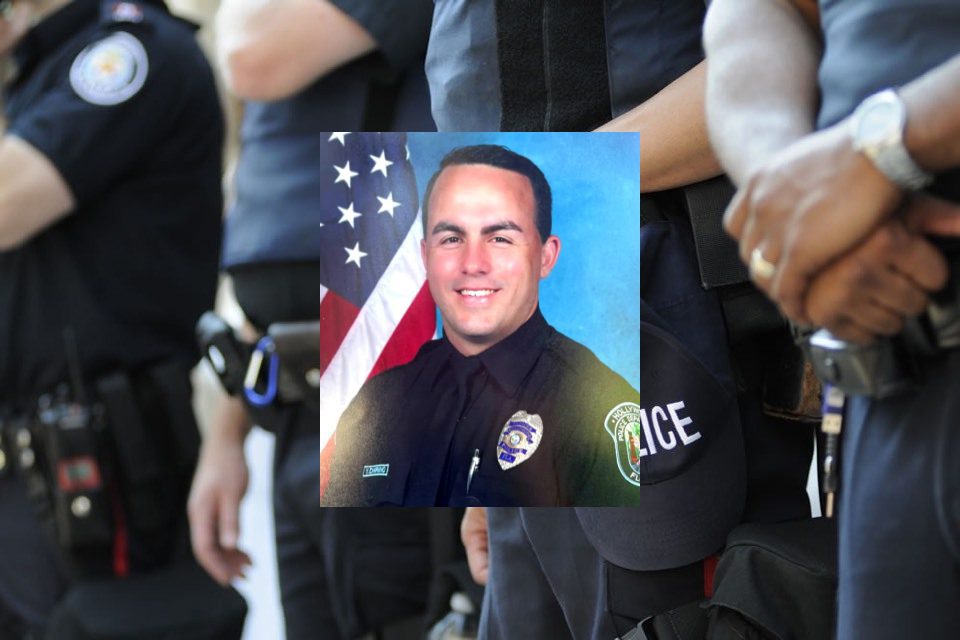 On Sunday, October 17, 2021, the Hollywood Police Department in Florida announced that one of its officers had been shot and killed. Police Officer Yandy Chirino, badge number 3534, died after being shot by a suspect. He had been an officer with the department for more than four years. He was 28 years old.

Reports came into the police department about a suspicious individual who had been going up to different doors and pulling to see if they opened. He had been doing this late in the evening, about 10:30 pm. The reported incident was happening on the 4000 block of North Hills Drive.

Officer Chirino and other offers answered the call and located the suspect. As the officers attempted to detain and arrest him, the man began to struggle and resist arrest. During the struggle, the suspect pulled out a handgun and shot Officer Chirino. The other officers were able to tackle the man and take him into custody.

Officers on the scene offered first aid to Chirino. They were attempting to help save his life. For quickness, he was immediately transported to the Memorial Regional Hospital. They did not wait for EMTs or an ambulance, but he was driven in one of the officer’s patrol cars in his dire condition.

Once he arrived at the ER, medical staff and doctors attempted to help Officer Chirino. Unfortunately, despite their assistance, Officer Chirino succumbed to his wounds later in the early morning hours.

The man who had been arrested is now facing multiple charges. He is being accused of burglary, assault of a law enforcement officer, carrying concealed weapons, grand larceny, resisting arrest, violence, and first-degree murder.

Officer Chirino worked for the Hollywood Police Department for over four years. Chirino had many awards and had been the recipient of five supervisor’s commendations. He was also recognized as Officer of the Month in June 2020.

In 1825 the department was established on the same day as the city. In 1926, a massive hurricane leveled the community, and they were forced to rebuild. Captain Clare Stout headed the National Guard response and was installed as the next Chief of Police.

Hollywood Police worked diligently to reach those underserved in the community through various charities and programs. The department initiated a new program recently to assist those who have autism. They created an Autism Outreach Program and are working on training officers in how to best deal with these individuals.

Hollywood Police Chief Chris O’Brien “On the night of October 18th, we lost a true hero. He came to work to protect his community and sacrificed his life. Whatever you guys need, we’re here for you; our community is here for you, this country is here for you.”

Emerald Hills neighbor Judy Shultz came to the services to show her respect for the fallen officer. These are the people who take care of us, and he was doing his job trying to make sure that we’re all safe, and he lost his life doing it.”

Rabbi Yosef Weinstock of Young Israel Hollywood asked for prayers and condolences. “Tonight is an opportunity for prayer and solidarity; we’re going to express our condolences to the family.”