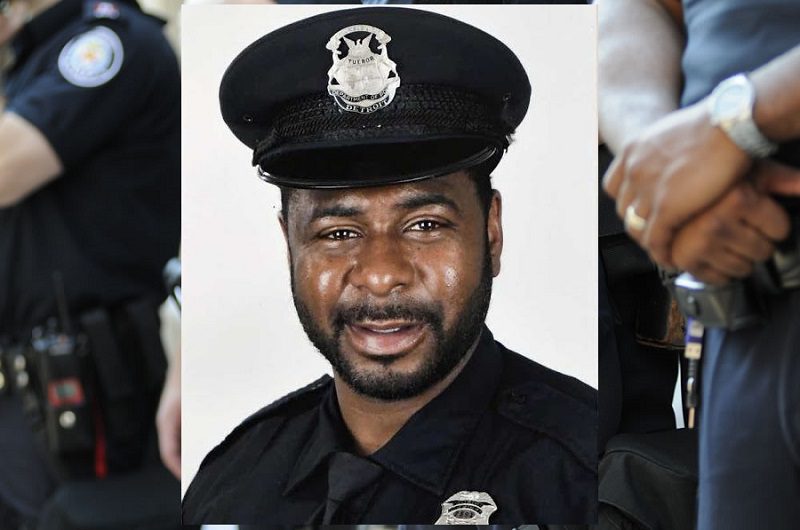 On Sunday, May 31, 2020, Detroit Police Officer Waldis “Jay” Johnson died from injuries he received on April 30, 2017. He fought to survive and recover for just over two years, but the injuries were far too severe, and he was unable to pull through.

On that fateful day in April, Officer Johnson was responding to a domestic violence call in the 10000 block of Joy Road in Detroit. Johnson and another officer arrived at the scene and attempted to enter the apartment building through a common entrance and found it locked. They knocked loudly on the door, trying to gain access.

After several minutes, they continued to knock, and a man came to the door. The man who answered the door was unrelated to the original call regarding domestic violence in the building. When he opened the door, he pointed a gun at Officer Johnson. Johnson grabbed the weapon, and the two began to struggle for control.

At some point, Johnson let go and reached for his service revolver. Both the suspect and Johnson fired simultaneously. Officer Johnson shot the suspect twice, and the other officer with him shot the suspect, who was pronounced dead at the scene. However, as this happened, the suspect got off one round, which struck Johnson in the head.

Officer Johnson suffered severe traumatic brain injuries. The injury led him to remain cared for in a rehabilitation center until he died, just over two years after the original incident.

The officer who had tried to rescue him shot the suspect and pulled him away from the scene was Police Officer Darren Weathers. Officer Weathers died in the line-of-duty in February 2018.

Domestic Violence on the Rise Nationwide

Domestic violence calls are considered the most dangerous calls that an officer can receive. There is no way of precisely knowing what situation they could be walking into, and many abusers already have a mindset of being abusive to other human beings, including police officers.

Though the incident with Officer Johnson occurred two years ago, it is still significant to point out that this danger exists for all officers. Also, during today’s pandemic, the threat is rising rapidly.

Across the country, calls regarding domestic violence have risen on average from eight to twelve percent. Advocates for those being abused report that the pandemic is making it harder for those who need help to find it. They also say, despite the increase in the number of calls, they see it as significantly lower than what the reality of the situation is.

Those who work in shelters and counsel domestic violence victims have much to say about the issue. The pandemic has put everyone on edge, loss of income, stress, anxiety about the future, money problems, all are contributing to fuel those who already have anger management problems and are prone to abusing others. These relationships are becoming far more dangerous. The victims are also less likely to seek help, as with nowhere to go to remain safe from the virus; they stay with their abusers out of fear.

Officer Johnson served for 17 years with the Detroit Police Department. This department has a long and historical significance to the city of Detroit.

The department has initiated many “firsts” in police work. One of the most important contributions that the DPD has given to police departments worldwide is the utilization of radios in patrol vehicles. This idea, of course, has further led to body-worn radios, and other types of communications systems while on patrol. Today’s police would not be able to do their work successfully without these progressive and established ideas.

Police Officer Waldis “Jay” Johnson is survived by his wife, daughter, and two sons. The last two years have been excruciatingly difficult for the entire family. Now, they see that there will be no recovery; their family leader will not return. Their grief has now grown.

Officer Johnson’s extended family, friends, and brothers/sisters in uniform will mourn his loss. He died attempting to get to a domestic violence situation where someone could have been in serious trouble, and he wanted to do his job, his heartfelt duty, to save a life. He gave his life for his community.

His son, Arin Johnson, stated that he went above and beyond his duties in taking the call. “He was literally pulling into his precinct (as his shift ended), and he didn’t want the girl in the domestic dispute to be in danger. He said, ‘let’s just take the call, so she doesn’t have to wait for another car.”

Arin lived in New York at the time of the shooting. He quit his job to move back to Detroit to help become a full-time caretaker for his father, working and hoping every day for him to improve. A better son, his father, could not have asked for.

May Officer Johnson rest in peace, and his family finds solace for their future.