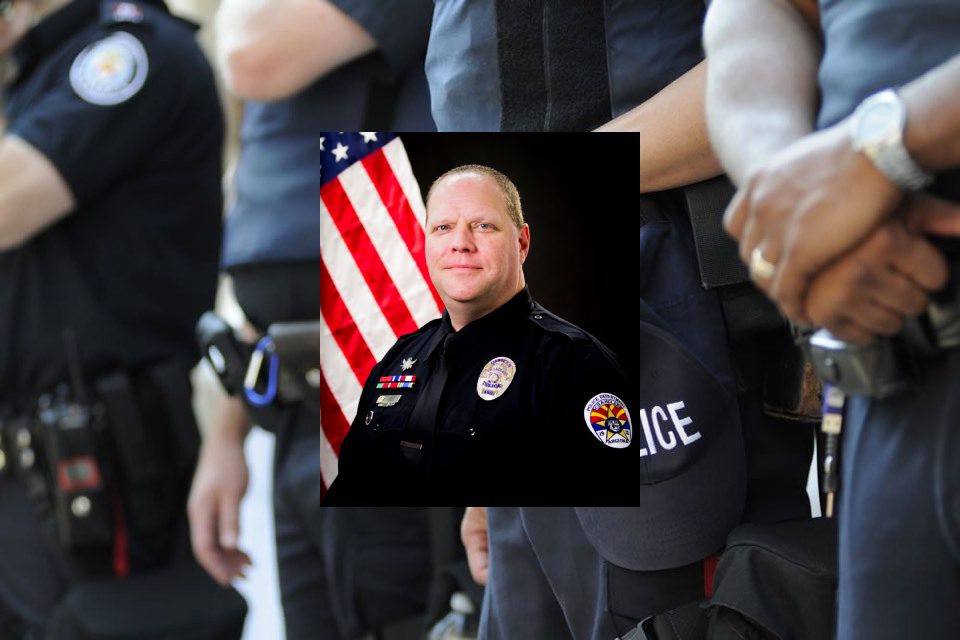 On Monday, January 11, 2021, Police Officer Tyler Britt, age 48, died due to complications of the coronavirus. The United States has lost hundreds of thousands of citizens to the pandemic, many of whom were first responders, law enforcement officers, and essential workers. Even after knowing that certain occupations can put a person at a higher risk of infection, Police Officer Tyler Britt chose to continue to serve the people of his community.

Statistics show that in 2020, more than 362 officers in the United States died in the line of duty. The number of those that died from COVID19 was approximately 234 officers. These officers, like Officer Britt, took an oath to their badge and profession. Despite the threat of an “invisible bullet,” these officers heroically went to work each day to help the residents in their communities. These officers, men, and women are all heroes.

At the time of Officer Britt’s death, Arizona had reported more than 122 cases per 100,000 residents. There had been more than 636,000 confirmed cases of COVID and 10,482 deaths in Arizona throughout the pandemic.

Officer Britt had spent more than 19 years serving as a law enforcement officer. He worked for the Chandler Police Department. The CPD is a fully accredited full-service law enforcement agency. The department employs more than 330 officers and 170 support personnel.

The agency serves a population of more than 270,000 residents. The department is divided into two divisions and one bureau to effectively cover the area. Chandler has three separate police precincts, including Main Station, Desert Breeze, and Chandler Heights. The agency follows a progressive, community-based approach to law enforcement.

Police Officer Tyler Britt is survived by his wife and son. Officer Britt received full honors at his funeral service, including three helicopter fly-overs, bagpipes, and many officers around the area showing their gratitude with a display of lights as they left the cemetery one by one. Britt’s final resting place was at the Valley of the Sun Mortuary and Cemetery.

The Dispatcher for the Chandler Police Department gave the last call for Officer Britt at his funeral. “This is the last call for Officer Tyler Bridge, badge 490. We consider it an honor to have served with you. Your memory lives on in your community, your fellow officers, and your family. Thank you for your 19 years of dedicated service to the citizens of Chandler. Your assignment here is complete. You will be deeply missed. Rest in peace.”

Brian Duffin, a long-time friend of Officer Britt, spoke candidly about his friend. “He was the model officer. He was everything that I think a member of the community of Chandler would hope a police officer would be. I was working as a motorist-assist volunteer with the Chandler Police Department, and I was dispatched to assist him on a call. He had just pulled somebody over and suspected impaired driving. He absolutely loved working in patrol and traffic. He had no aspirations to become a sergeant, lieutenant, or become a commander or anything like that. He enjoyed being out with the people; he enjoyed what he did.”

Chief of Police Sean Duggan shared his grief from losing a friend and officer. “Each day Tyler came to work; he made a difference. He was passionate about his job and touched countless people’s lives over the course of his career. His passing is a tremendous loss to our department and the Chandler community. He will be sorely missed.”