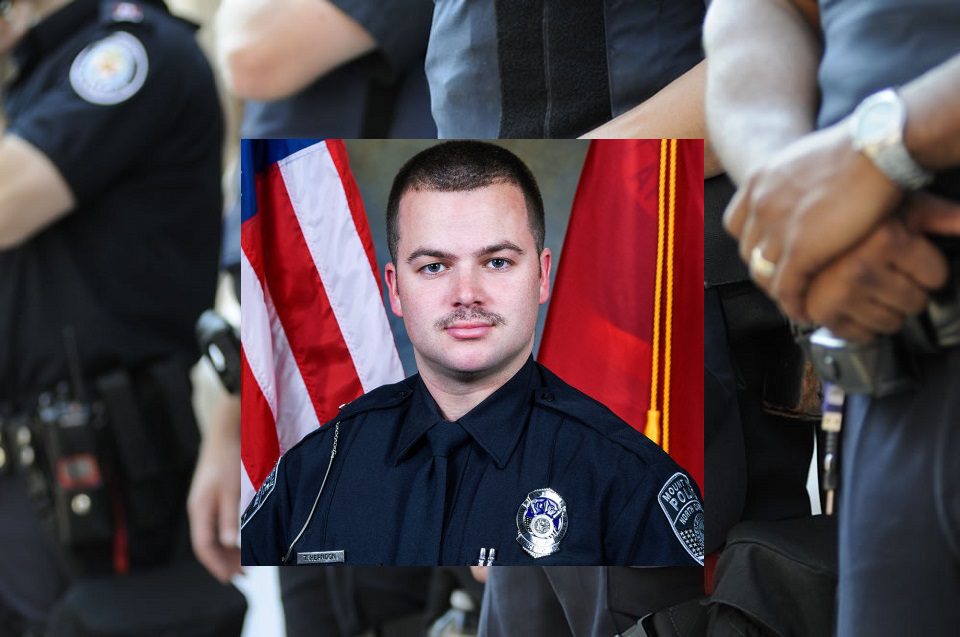 On Friday, December 11, 2020, North Carolina officials announced that a local 25-year-old officer had been shot and killed. Police Officer Tyler Avery Herndon had answered the call to a burglary in progress and was shot by the suspect at the scene.

Officer Herndon had received a call about a burglary in progress. He and other officers rushed to the scene. The burglary was occurring at a car wash located on Beatty Drive at about 3:30 am. It was at the Mount Holly Car Wash and Arcade. A shooting broke out after officers attempted to approach an armed suspect. Three people were injured in the shooting. Officer Herndon was given life-saving measures and rushed to the hospital. He later succumbed to his injuries. Authorities have not released details of the third person injured at the shooting.

It gives a stark difference to the lives of two men near the same age in the Mount Holly area. The suspect, age 24, received minor injuries during the shootout. He is being charged with first-degree murder. The 24-year-old was choosing a life of crime. Officer Herndon, age 25, was beginning his career as a law enforcement officer, ready to serve the people of his community. He died two days before his 26th birthday.

Officer Herndon was at the start of his law enforcement career. He served his neighbors and residents through his work with the Mount Holly Police Department. The MHPD is a small police office that offers full-time law enforcement services to the Mount Holly Township. They employ approximately 21 officers. The loss of a young man like Herndon is enormous, as the department had been looking forward to having a quality officer on staff for years to come.

Police Officer Tyler Avery Herndon was well-loved in his community. He leaves behind his parents and other extended family. As Mayor Hough of Mounty Holly shared, “When you have family, and you look at a father and a mother who lost a child today, it breaks your heart. So, we’re all upset; we’re all going to grieve. Make no mistake – that family is devastated. Those officers in there are devastated; they were there.”

Mount Holly Police Department posted the announcement on their Facebook page. With heavy hearts, we share that our brother Officer Tyler Herndon passed away as a result of injuries sustained from this morning’s shooting. Please keep his family in your thoughts and prayers during this difficult time. We’re hurting, our department is hurting, our family is hurting – but we will rely on each other to get through this.”

Police Chief Don Roper spoke of his feelings on the loss. “It breaks my heart to have to inform our community that we’ve lost a hero today. Tyler Herndon was a great man; he is a hero. He served this community well. Our community is less right now because we’ve lost him. Society has actually lost a good man today. He was a selfless man.”

Governor Roy Cooper was heartbroken at the loss of such a young officer. “Our prayers are with family and friends of Mount Holly Police Officer Tyler Herndon, who was killed in the line of duty this morning protecting the community he loved.”

North Carolina House Speaker Tim Moore gave a brief statement about the loss. “It is an unthinkable tragedy for this young man, a dedicated officer who wanted to spend his career protecting public safety, to have his life taken away by a senseless act of violence. Officer Herndon will be forever remembered for his sacrifice in service to North Carolina, and I urge every citizen of our state to pray for his friends and family who are suffering from this terrible loss.”

On Thursday, July 15, 2021, the residents of Lubbock County, Texas, were stunned to learn that one of their local Sergeants, Sergeant Josh Blake Bartlett, had been killed in the line of duty.

On Friday, July 9, 2021, Police Officer William Earl Collins, Jr, with the Doyline Police Department, was killed after responding to a domestic disturbance call.