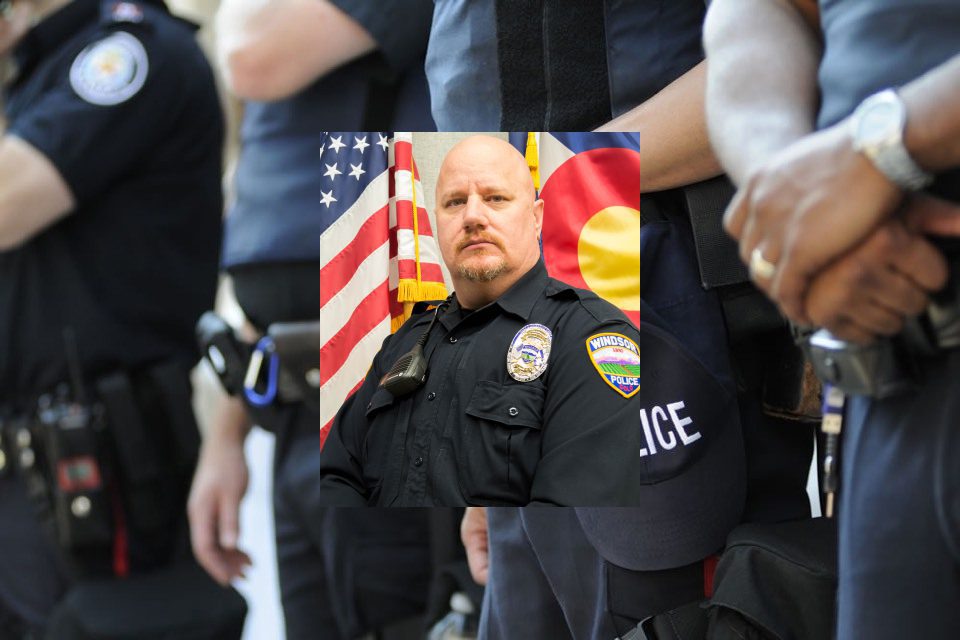 On Wednesday, October 13, 2021, Colorado officials from the Windsor Police Department informed residents that an officer had been lost in the line of duty. Police Officer Ty Alan Powell, badge number 958, died due to complications of the virus, COVID19. Officer Powell was 53 years old.

Powell served as a sworn officer for more than 22 years. Before becoming an officer, he had served with the US Marine Corps and is a veteran. When he returned to his home, Powell worked to become an officer. He served with both the Mesa County Sheriff’s Office and the Jackson County Sheriff’s Office for more than a year. Powell then joined the Windsor Police Department, where he stayed for over 19 years.

Powell also spent time working as an EMT and a firefighter. He was an outdoorsman who loved archery, hunting, shooting, hockey, and riding a Harley Davidson motorcycle.

Officer Powell’s death is considered a line of duty death. At the pandemic’s start, we learned that certain occupations carry much greater risk for contracting the virus. First responders, front-line workers, and law enforcement were areas of concern. As a result, the US government mandated that any active-duty officer who contracts then dies from COVID19 will be given line of duty death benefits. This is to financially assist the family in the costs of the funeral and their future needs.

Officer Powel chose to work with the Windsor Police Department for over 19 years. The WPD shares details of the municipal city code with residents so that it is easy to communicate with them. The department is community-oriented and has even made plans to provide a safe Halloween for the children in the city.

WPD lists its core values on its About page on its site. These values are expected of every officer in the department, which includes Powell. The core values are integrity, relationships, courage, leadership, purpose, stewardship, and innovation.

The jurisdiction of the WPD is just over 26 miles. These officers provide law enforcement to nearly 33,000 residents. However, officers do so much more than provide security. Many officers go above and beyond the scopes of their jobs and become dedicated community volunteers, youth coaches, and mentors. Leadership can be demonstrated in various ways, and officers with WPD choose to see their residents as people first.

Police Officer Ty Alan Powell leaves behind his wife and five children. The love and support they will receive from the community will help them during this tragedy. Other agencies will join the department to escort Officer Powell to his final resting place. Honor guard members, who are officers who volunteer their time to help the families of the fallen, will support the Powell family during their funeral services and in the years to come.

Town of Windsor Colorado officials posted the loss details to the community on the city’s Facebook page. “It is with a heavy heart that the Windsor Police Department announces the passing of Officer Ty Powell. Officer Powell was a United States Marine Corps Veteran and long-time law enforcement officer, having served the Windsor community, touching countless lives, for over 19 years and previously with the Jackson County Sheriff’s Office. WPD officers will be shrouding their badges in mourning and memory of the caring and dedicated service Officer Powell committed himself during his life. Please keep the family of Officer Powell in your hearts during this difficult time.”