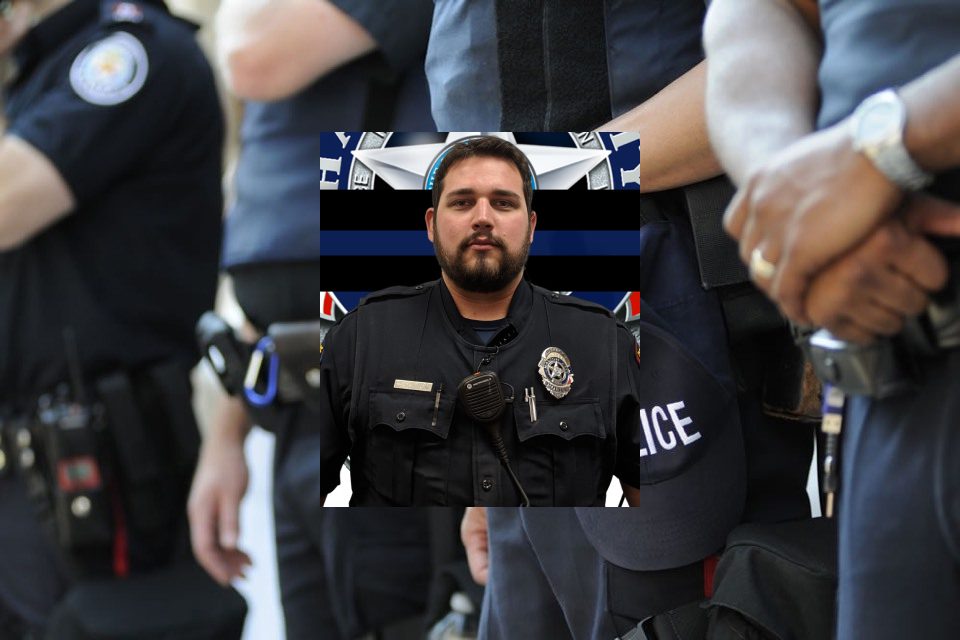 Texas has been leading the nation in the number of losses its law enforcement agencies suffered since the start of the COVID19 pandemic. The state has lost hundreds of officers to the virus.

On Wednesday, October 27, 2021, Texas again announced the loss of a local police officer to the deadly virus. Police Officer Thomas “Hutch” Kristopher Hutchins, badge 1306, died due to complications from the virus. He contracted the virus while working at the Haltom Middle School in Haltom City. He was the school resource officer. Officer Hutchison was 31 years old.

Thomas Hutchison left high school and immediately went into civil service when he joined the military. Hutchison is a US Marine Corps veteran. According to his obituary, Hutchison won many awards during his time in the service. Hutchison “served his country for four years earning the Marine Corps Good Conduct Medal, National Defense Service Medal, Global War on Terrorism Service Medal, Navy and Marine Corps Overseas Service Ribbon, and Expert Rifle and Sharpshooter Pistol Qualification Badges. He was stationed in many places, including Okinawa, Japan.”

His most recent work in service was with the Haltom City Police Department. Hutchison had been the school resource officer for about five years. Hutchison was also the advisor to Law Enforcement Explorer Post #502. Previously, Officer Hutchison had worked for over two years with the Kennedale Police Department. There he was a sworn police officer. Before going to Kennedale, Hutchison was a sworn deputy for the Tarrant County Sheriff’s Office. In total, he had over eight years in law enforcement.

Haltom City is an inner suburb of the city of Fort Worth, Texas. The Haltom City Police Department covers a jurisdiction of 12.38 square miles. The agency serves approximately 44,000 residents. The agency works with 72 full-time, sworn police officers. The agency is working with landlords through a crime-free multi-residential program to help reduce criminal activity in residential communities. It allows landlords to report and remove illegal activity from rental properties. Apartment communities work with the agency through a three-step program t

Police Officer Thomas Kristopher Hutchison leaves behind his wife, son, and daughter. He also left behind a middle school with hundreds of children who looked up to him each day. The Haltom City PD and its Honor Guard will have to work with schools and parents in the area to provide counseling or other grieving help for the students. In addition, the Honor Guard will help with ceremonies at the funeral, which designate the importance of the sacrifice made on behalf of all those Hutchison served.

The City of Haltom, Texas, used its social media pages to announce the loss of Officer Hutchison to residents. “It is with great sadness that we report the passing of Haltom City Police Officer Kris Hutchison. Officer Hutchison passed away after an extended illness resulting from Covid-19 related complications. Officer Hutchison was a valued member of our staff, and he will be deeply missed. Words cannot adequately express the sense of loss we all feel. Please keep his family and the Haltom City Police Department in your thoughts and prayers as they deal with this tragic situation.”