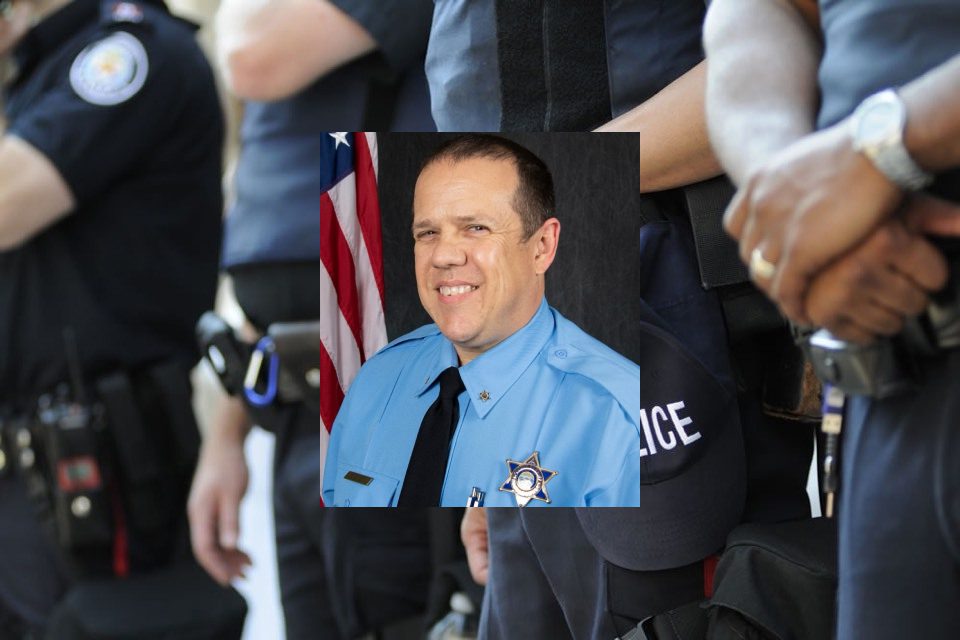 Kansas residents were saddened to hear the news that a local officer had been killed in an accident. On Monday, October 25, 2021, Police Officer Stephen Evans, age 44, died from an accident while on patrol. Evans, badge number 32, was a sworn officer with the Burns Police Department.

Officer Evans served his community as a part-time officer with the Burns Police Department. He also worked county-wide as a sworn full-time deputy with the Butler County Sheriff’s Office. He had worked at these agencies for about sixteen months. Before taking these positions, he worked with the Kansas Department of Corrections for over fifteen years.

The community of Burns is left without its only police officer. Burns had been with the Sheriff’s Office since May of 2020 and had graduated from the Kansas Law Enforcement Training Center in December.

It was approximately 5:00 pm when Officer Evans attempted to make a U-turn. In doing so, his patrol car was hit by an oncoming vehicle. The accident occurred in the 5000 block of US Highway 77. First responders tried to resuscitate Evans but without success. Unfortunately, Officer Evans’ injuries were severe, and he died at the scene. The driver of the pickup was transported to the hospital with serious but non-life-threatening injuries.

Devoted to all in his community, Evans worked both for the county and the city of Burns, Kansas. In the town of Burns, he was the first police officer the area had ever had. The village had been working on funding a small department and had hired him part-time.

Traditionally, Burns is a farming and ranching community. In earlier years, farmers would bring their eggs to town or other produce and exchange groceries and various other items. Residents are working to maintain the old-time memories of early Burns and bring a new look to their town today.

Police Officer Stephen Evans leaves behind his wife, three children, parents, and brother. Hundreds of community residents and local officers will demonstrate gratitude and honor at the services for Officer Evans. The small, tight-knit area will be sure to support the Evans family during their time of grief.

Burns City Clerk Faith Hatfield was saddened by the news and spoke of what a fantastic difference having Officer Stephens as an officer in their community had been. “He just wanted to help out with anything that he could help us out with. We have some issues that the city is dealing with. And he and I were working together on those things. He always would just say, ‘Anything you need, just anything.’”

Burns City Manager Mike Hammann said this death is a terrible loss for the small community. “This little town here has a lot of big problems. I say we’re a little town with big problems. We didn’t need a hot head for a police officer. We needed someone with a calm demeanor and mature attitude, and he was definitely that man. He came to our little town and gave everything to us.”

The Butler County Sheriff’s Office posted the notice of the loss on social media. “Every member of the Butler County Sheriff’s Office is heartbroken today as we announce the loss of Deputy Stephen Evans. Our friend, colleague, and brother in blue was killed in a crash just north of El Dorado while working part-time as a police officer for the town of Burns. Steve quickly fit in with everyone here and immediately became an integral and very dependable part of our team. He had an infectious laugh, an ornery sense of humor, and an amazing work ethic. If you called for the Sheriff’s Office, and you were lucky enough to have Steve as the deputy who answered that call, you knew you would get the best possible service. You may be gone, Steve, but you will never be forgotten.”