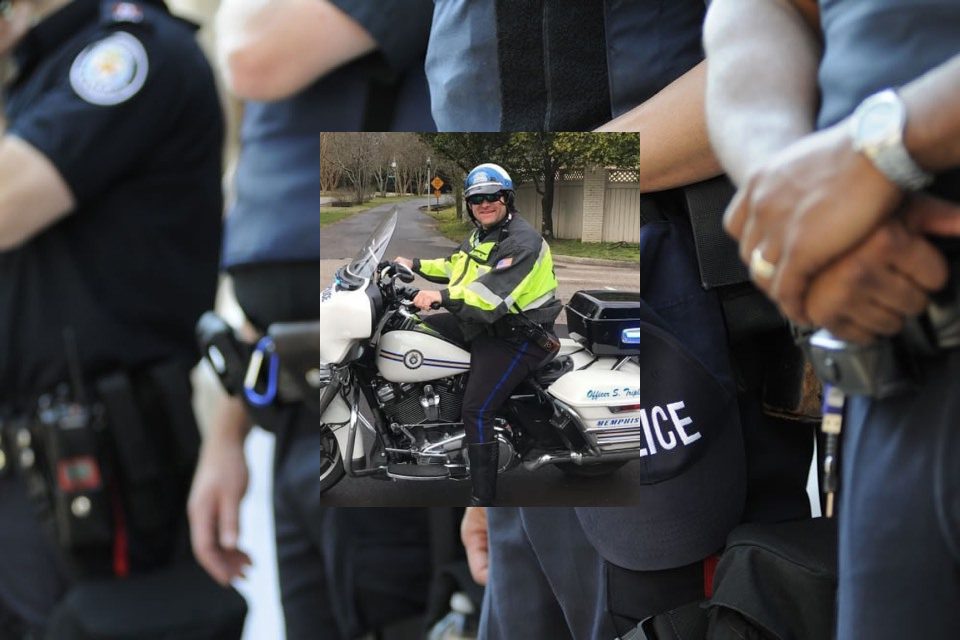 On Saturday, May 22, 2021, Memphis authorities briefed residents that a local officer had perished in an accident. Police Officer Scotty Triplett, age 47, was involved in a motorcycle crash and died. Officer Triplett had served the Memphis community as a law enforcement officer for more than 27 years. At the time of his death, he was driving an escort with other local officers.

Triplett was assigned to the Motors B1 group and competed annually in the Mid-South Motor Cops Rodeo. He was kind, loyal, and a jokester. He will not be forgotten, as the city of Memphis plans a ‘Blue Wave’ gathering for his funeral, inviting the community to attend.

Fran Triplett, Officer Triplett’s wife, was a leading community activist standing up for better wages for officers. She was a predominant figure in leading and organizing protests against Memphis to stop the city employee benefits cut.

Officer Triplett served more than 27 years with the Memphis Police Department. It was established in 1827. The MPD is a large, extensive, and accredited police department with more than 2,080 officers. The department is so large, it covers 350 square miles and provides law enforcement services to more than 652,000 residents.

The agency is divided into nine precincts. The mayor appoints the director of the department after the city council ratifies the individual. Officers enjoy their service to the city of Memphis and its residents. Memphis has a rich history in commerce, education, media, art, and entertainment.

Memphis Police Department Interim Director Mike Ryall commented on the loss of Officer Triplett. “Words just really can’t describe how we feel. We are trying to get through each day. It’s just been devastating on us. You’ve got an almost 28-year veteran that just been a great asset for this department and this city. He was a loyal, loyal man—a very strong worker, very dedicated, professional. Our motors unit, all of them are very well trained. They take the job seriously because it’s a serious job. This band represents that people have stepped up. They’ve dedicated themselves like Scotty Triplett, and they paid the ultimate sacrifice.”

Officer Keith Rogers, a friend, coworker, and previous partner shared his grief. “Everybody is hurting right now; there is a void, Scotty is gone, Scotty was the comedian of the shift. We rode together every day; we were on the same shift. You are such a tight-knit group; we all depend on each other; our lives depend on each other.”

Memphis Mayor Jim Strickland stated his feelings about the loss on his social media accounts. “I was saddened to hear overnight about the loss of Officer Scotty Triplett. My sincere condolences to his wife Fran and their children. And to all the men and women of the Memphis Police Department who feel this loss as well.”