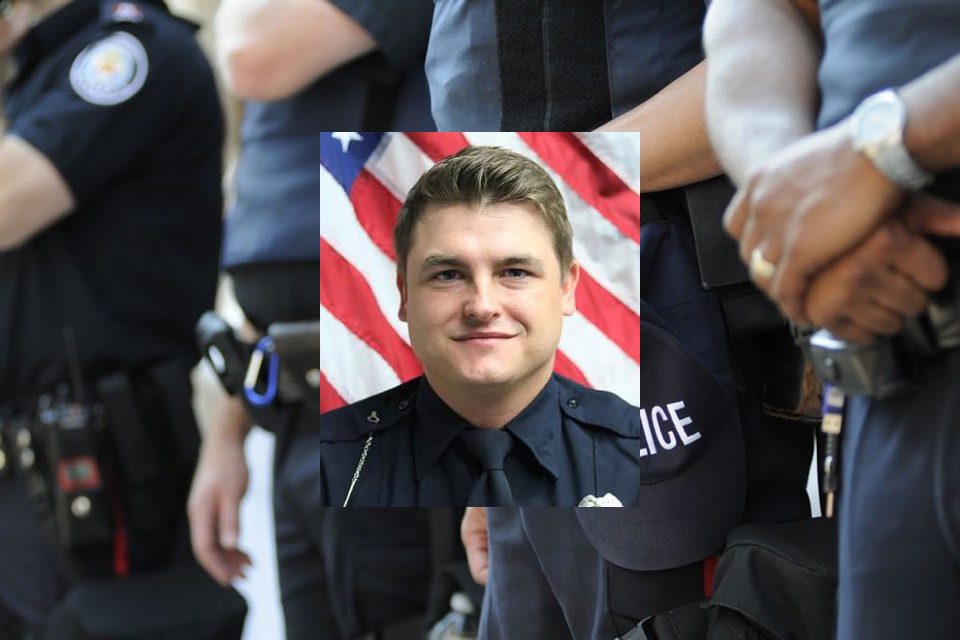 On Sunday, October 17, 2021, the Knightdale Police Department in North Carolina tearfully addressed residents regarding the loss of one of their officers. Police Officer Ryan Hayworth, age 23, died when a drunk driver struck him. This tragic loss is of a young military veteran who came to serve his community, and he lost his life after three months in service.

Hayworth was riding along with his training officer for the evening. They were helping at the scene of an accident. The accident was a single-vehicle crash that occurred on I-540 at mile marker 22. It was around 2:40 am when a suspected drunk driver struck Hayworth’s patrol vehicle from behind.

The car failed to move over or reduce its speed as it passed the active scene. This is the expectations and regulations across the country for drivers. Before COVID19 became the number one cause of line of duty deaths among law enforcement, the reason had been automobile accidents. Many consider how violent an officer’s position can be, but many don’t realize how much automobile accidents contribute to the number of lost officers. Always, when you see an active emergency, please slow down and pull over to the side if possible.

From the accident, Officer Hayworth was fatally injured. His training officer was seriously injured and is currently undergoing treatment to recover. The original accident victim was also seriously wounded by this driver’s actions. The suspected drunk driver was also injured and is in the hospital.

Officer Hayworth was a U.S. Army veteran and had served with the Knightdale Police Department for only three months.

Hayworth had just started his work with the Knightdale Police Department. The KPD serves the people of their community which is about 18,000 residents. The jurisdiction of the department extends to almost eight square miles. Knightdale is one of the fastest-growing communities in the area.

The Knightdale Police Department believes that they are an extension of their community. The position is to protect and serve, to include the residents, and demonstrate respect and good ethics. The Chief of Police has posted his five rules on the department’s page. The rules describe the basic philosophy held by the agency. These rules are as follows:

Police Officer Ryan Hayworth leaves behind his parents and siblings. He had been following in the steps of his father, a retired Chief of Police from the Zebulon Police Department.

Knightdale Police Chief Lawrence Capps was saddened by the loss of someone with so promising a future. “He performed the duties of counselor, guardian, minister, and peacemaker as well as anyone I’ve ever seen.”