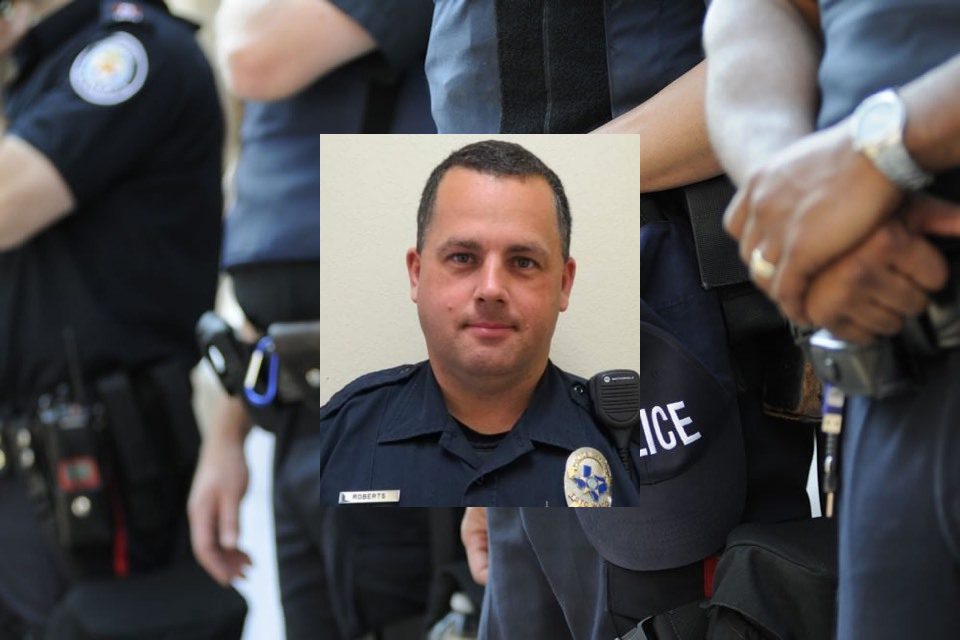 At McLennan Community College in Waco, Texas, students and staff were stunned to hear from administrators that a beloved campus officer had passed away due to COVID19. On Monday, July 19, 2021, Police Officer Ricky Neal Roberts, age 51, died due to complications from contracting the coronavirus. Officer Roberts proudly wore badge number 714 for the McLennan Community College Police Department. It is a line of duty death as Federal legislation has mandated this so families can receive full benefits when a first responder contracts COVID19.

Officer Roberts was considered a veteran officer. He was well-known and respected among the young people of Waco. Roberts served his community as a law enforcement officer for more than 18 years. His first position in law enforcement was as an officer with the Texas State Technical College Police Department. He served in that department for more than 15 years.

McLennan Community College Police Department was Officer Robert’s most recent position. He served at MCC for more than three years. Roberts enjoyed his life of service to the community. Roberts continued to serve as a first responder during a worldwide pandemic at risk to himself and his family. Texas has lost more law enforcement officers to coronavirus than any other state.

Throughout his career as a law enforcement officer, Roberts chose to serve with higher education departments. His most recent position was as an officer with the McLennan Community College Police Department.

Established in 1965, MCC is located in McLennan County, Texas. It is a public community college that offers affordable education options for many young people in the area. Officers who work at college police departments have similar duties to that of other officers at larger departments. Roberts and his colleagues in the department are fully sworn, peace officers. They have full arresting powers and often patrol the campus by foot, bike, and vehicle to ensure student and staff safety.

Police Officer Ricky Neal Roberts leaves behind his wife, daughter, siblings, and parents. Roberts had extended family, neighbors, and many residents who will support the Roberts and help them during these challenging times.

Many officers from around the area came to escort Roberts to the Lake Shore Funeral Home. Residents lined the streets, and many veterans saluted as he passed. Many people stopped to show honor and gratitude with a moment of silence and prayers as he passed by.

MCC President Dr. Johnette McKown spoke of the loss of Officer Roberts and that it came as a surprise to many on campus. “The sudden and unexpected death of Officer Ricky Roberts is a tragedy that has taken our police department and the rest of the McLennan by surprise.”

MCC Police Chief Clayton Williams spoke fondly of Officer Roberts stated he was the first hire he made in the department. “It was pretty devastating because it happened too quickly. He was doing ‘ok’ through the week; we were checking on him, making sure he was fine, and the next thing we know, he’s in the hospital. Then we get the call that he passed away, so it’s pretty heart-wrenching, pretty devastating, and you know, here at MCC, we have protocols everywhere for COVID and those types of things. We have the concept of community policing here at McLennan Community College, and it fit him so well because he loved to talk to people and get out into the community. He was a great police officer; he’s going to be missed.”