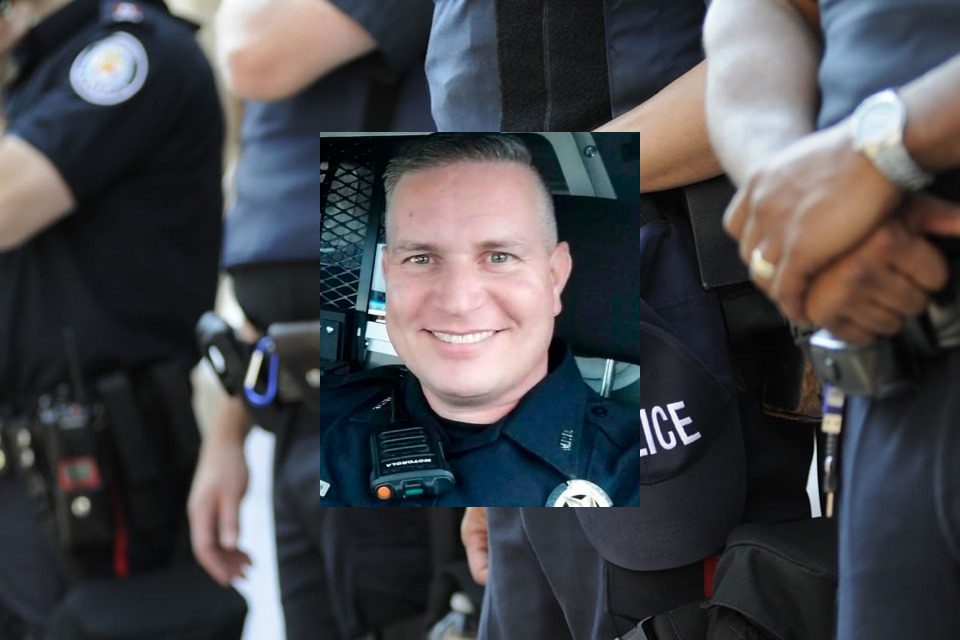 On Friday, December 3, 2021, Police Officer Richard Houston, II, of the Mesquite Police Department in Texas, died in the line of duty. Texas as a whole has been reeling with the many losses law enforcement has had over the past year. Texas has lost more officers than any other state. Many of the losses have been due to the coronavirus pandemic. It just makes it that much more tragic when officers are also being lost due to senseless acts of violence.

The Mesquite Police Department received a call about a disturbance in the parking lot of an Alberton’s grocery store on S. Beltline Road. Officer Houston was in the area and responded. The disturbance call came into the agency at about 1:40 pm.

When Houston arrived in the parking lot and began his investigation, he located where the disturbance was and confronted a suspect. During his questioning, the man pulled a weapon, and an exchange of gunfire occurred.

Both Officer Richard Houston and the suspect were critically wounded. Officer Houston was transported to the local hospital, where he later died from his wounds.

Officer Houston had served his community as a sworn officer with the Mesquite Police Department for over 21 years. He began with the agency in January 2001. Houston was named Valedictorian of Session 153 when he graduated from the Basic Course in Applied Police Science. Over his many years as an officer, Houston served as a patrol officer, SWAT, Criminal Investigations, Homeland Security, and Juvenile/Gang cases.

Houston continued his education and received the Law Enforcement Master Peace Officer License and an Instructor Proficiency Certification. In addition, Houston won many awards during his career, including 48 letters of commendation, two life-saving awards, a police commendation board, and in 2018, the Citizen’s Police Academy Officer of the Month.

The Mesquite Police Department is a relatively large, modern, fully-accredited law enforcement agency. The department serves a population of approximately 140,000 residents. Mesquite is located just east of Dallas, and much of the city is within Dallas County lines.

The MPD has jurisdiction of approximately 46 miles. Headed by Chief Cato, the agency manages the large area and population through multiple divisions. The MPD has four bureaus, each with its police captain. These include Technical Services, Staff Support, Operations, and Criminal Investigations.

Police Officer Richard Houston, II, leaves behind his wife and three children. The Houston family will need the community’s support to get through this challenging time. Honor guards and other agencies will help the Houston family provide an honors ceremony to the services for Officer Houston, demonstrating gratitude for his sacrifice to the community.

Mesquite Police Chief David Gill held a press conference to address the loss. “This was a senseless act of violence that ripped a loving father and husband from his family. He was a good man, a good friend, and a good officer. Please keep his family and our family in your prayers.”

The Mesquite Police Department posted the tragic news. It is with deep sorrow we report that one of our officers was killed in the line of duty. Please keep the department and our community in your prayers as we mourn the loss of our brother who made the ultimate sacrifice.”