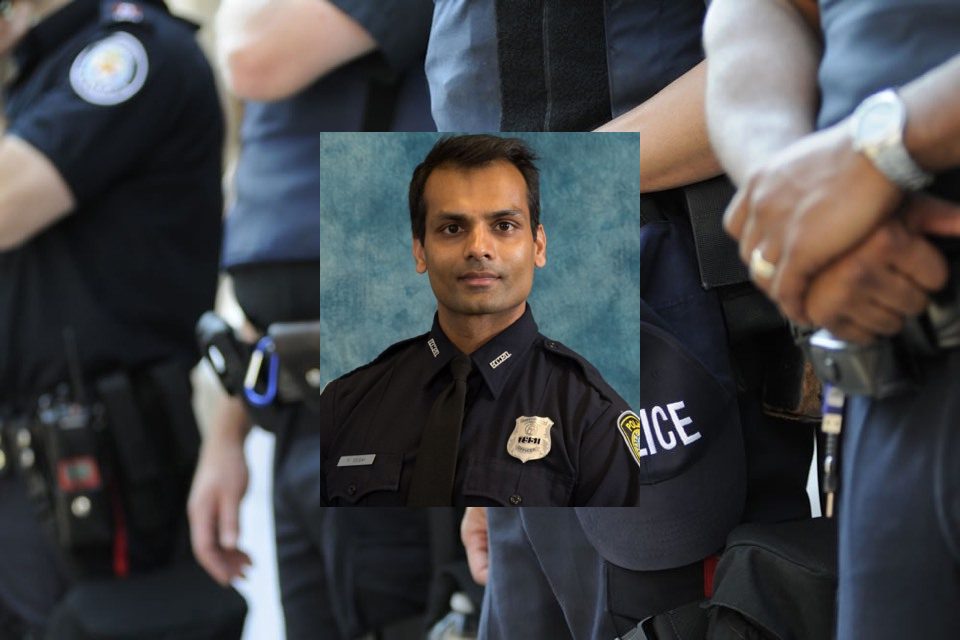 Georgia officials announced to residents that their state had lost two officers to gun violence in a single day. Then, on November 8, 2021, Police Officer Paramhans Desai died from a gunshot wound he received days earlier. Desai, badge number 7951, was a member of the Henry County Police Department. He was 38 years old.

Deputy Sheriff Lena Nicole Marshall was the second officer to die on November 8 in Georgia. She was a member of the Jackson County Sheriff’s Office. Both officers died from gun violence while answering a call to help in a domestic disturbance or domestic violence call. According to studies, calls for domestic disputes are the most dangerous calls for officers to answer. As a result, most departments have a policy that when reacting to these needs, that together, for safety, several officers will meet at the call.

Police Officer Desai answered a call that came into dispatch about domestic violence near Keys Ferry Road and Floresta Drive in McDonough, Georgia. On November 4, 2021, at about 6:00 pm, Desai arrived at the scene. The subject who shot him fled and remains at large.

Officer Desai was rushed to Grady Memorial Hospital. There he remained on life support until succumbing to his wounds on November 8th, 2021. It was essential to him that he give back, if possible, at his death. He continued to give by having multiple organs donated.

On Friday, the Henry County Sheriff’s Office posted a $30,000 reward for information on the shooter. Shaquille O’Neal had just begun working with and supporting the department in various ways. On hearing about the reward, O’Neal has added to it. It is now over $70,000 for information leading to the shooter’s arrest.

Officer Desai served with the Henry County Police Department. The HCPD is located in the southeastern Atlanta metropolitan area. Recently, the department has been experiencing rapid growth. HCPD employs 247 sworn officers. These officers are supported by 12 sworn reserve officers and 47 civilian employees. The HCPD also provides for the local students’ protection and safety with 32 part-time school crossing guards.

HCPD members provide safety and security to all of Henry County, which includes approximately 235,000 residents. Officers patrol and protect an area of 322.7 square miles. The officers show a dedication to community policing. They look to provide effective crime control and improve the quality of life for all residents while enhancing the public view of police legitimacy.

Police Officer Paramhans Desai leaves behind his wife and two young children. These children will not have their father with them at their graduations, weddings, or the birth of their children. When an officer puts their life on the line to intervene for a victim, the loss of life for their actions is not acceptable. As the Desai family heals from the loss, community members will look out for each other and help support them during their grief.

The Henry County Police Department posted the announcement on Facebook. “It is with a saddened and heavy heart that the Henry County Law Enforcement Family along with Henry County Government announce the passing of Police Officer Paramhans Desai. Unfortunately, officer Desai succumbed to his injuries with his family by his side today at approximately 9:55 pm. His wife and two young children survive officer Desai. Officer Desai continues to serve, even in his passing, by donating multiple organs, which will save numerous lives. Please continue to keep Officer Desai’s family in your thoughts and prayers through this tragedy. Funeral arrangements will be released at a later date.”