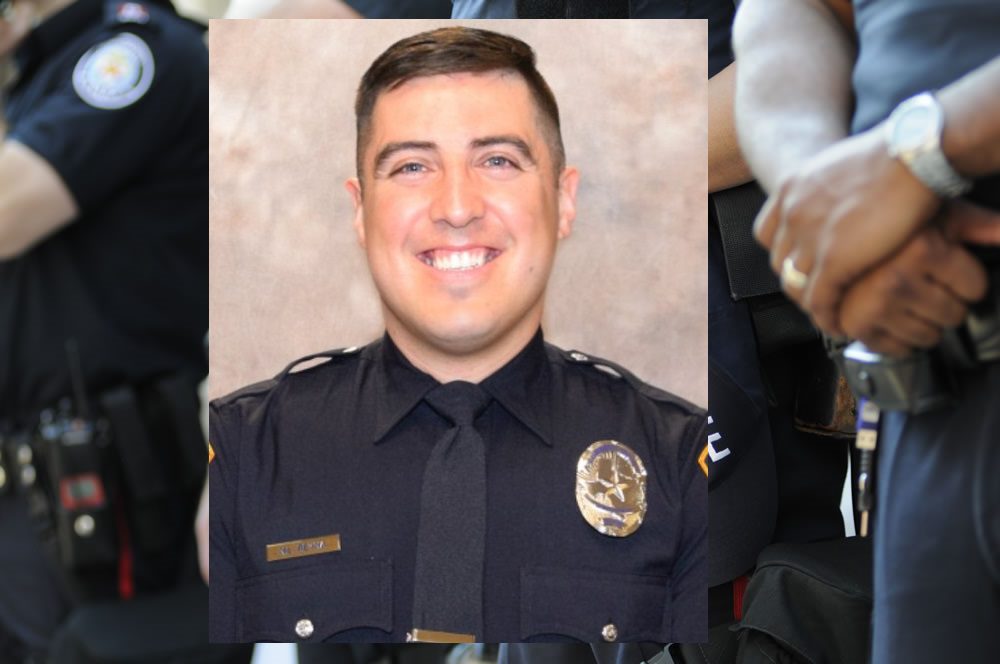 The Lubbock Police Department in Texas is a close-knit family of blue. The department has 546 officers and civilian employees who are responsible for the safety of 229,000 people in a 135 square mile area. These officers are led by their Chief of Police, Floyd Mitchell, in an effort of cooperation, working together with the community members to help enforce the laws and keep peace when possible.

Their force is innovative in their reach to work with the public in the prevention and solving of crime; and to provide a safe environment for everyone, including working families and children. One such program, called SafeCam, allows anyone in the community who has working surveillance on their home or business to participate. They can partner with the police department to help solve and prevent crimes that have occurred in their area, making them feel a part of the process.

Winter weather and icy roads brought tragedy to Lubbock. Three first responders were struck assisting one overturned vehicle killing Police Officer Nicholas Reyna and Firefighter Lieutenant Hill. Firefighter Matthew Dawson was seriously injured. The first responders were assisting a vehicle which had rolled over and crashed into the center median of North Interstate 27. The injuries occurred when another driver, slid or crossed into the center lanes striking the victims, and rolling over onto its hood. The driver also sustained serious injuries.

Officers risk their lives on the side of roadways every day. Without the risk of dealing with violent offenders, the real risk is other drivers. Studies have shown that 1 in 10 officers killed in the line of duty are struck by a vehicle. The US average is 64 police officers a year. Many states have enacted laws to pull to the opposite lane and to slow down when approaching an officer on duty. Obeying that law isn’t just a matter of not getting where you need to go on time, but making sure someone gets home to their family alive. It is a small price to pay. This accident may have been caused by inclement weather, which is the cause of many accidents in winter, but it should still remind us all of the cost of not slowing down.

January 11, 2020 was the last watch for local hero, Police Officer Nicholas Reyna, age 27. He was a young father who had married his high school sweetheart, both coming from Colorado City, Colorado. The Police Chief of Colorado City Police Department remembered “Nick” as he was known as a good kid, well respected and thoughtful. He praised Nick as being a caring person, the “kind you’d want your daughter to marry.” He went on to say, “If we could all be more like Nick, we might all be better people.”

His school friend who also became a Lubbock Police officer, remembered him as a star athlete. Nick was diligent, positive, and couldn’t stop smiling, all quality attributes of a good officer. The community thought of him as a hero. Hundreds showed at his funeral to pay their final respects. His own Police Chief stated that he was a man who would lay down his life for others, not even knowing if they were a good man or not. Nick was good, through and through.

A Gift of Remembrance

A non-profit agency from Atlanta, Georgia, called Point 27 sent gifts to the officers at the Lubbock Police Department. Their gift was to honor Officer Nicholas Reyna for giving his life for others. For each officer on the force, they sent beautiful engraved dog tags, one side showing the ‘Thin Blue Line’ in the American flag, the other side reading, “Blessed are the peacemakers, for they shall be called the Children of God.” Matthew 5:9. Point 27 calls these dog tags, “Shields of Strength.”