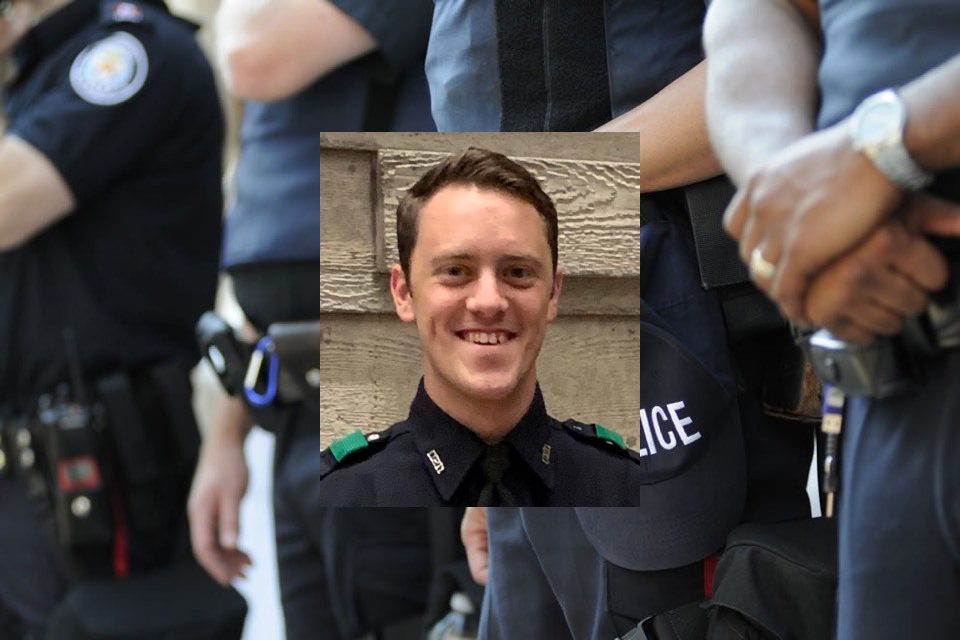 Texas authorities were stunned to come forward and brief the public regarding the loss of another local officer. The pandemic has hit Texas hard, and the number of officers lost in the state due to the virus and other reasons in the past year is staggering. To lose a first responder to a drunk driver was difficult to hear. On Saturday, February 13, 2021, Police Officer Mitchell Penton, age 27, was struck and killed by an intoxicated driver.

At 1:45 am, Officer Penton was working at the scene of an accident. The collision had occurred at North Central Expressway and Walnut Hill Lane. Penton pulled in behind the accident, which was in the northbound lanes of North Central Expressway. As he began the procedures of securing a scene, Penton hit his emergency lights to help make drivers aware of the dangerous location.

At that moment, the intoxicated driver, who was speeding, hit the back of Penton’s patrol vehicle. Officer Penton had already left his vehicle and was approaching the accident scene. The collision sent his patrol car right into motion, striking Penton and other cars at the accident’s location.

It was a tragic moment; other officers and individuals at the crash scene worked quickly to help Penton. He was airlifted to the hospital but later succumbed to his injuries. The driver was arrested and charged with intoxication, manslaughter of a police officer, and intoxication assault.

Residents and family members were devastated by the news. The 27-year-old officer had been doing the job he loved for approximately two years. Despite the dangers that come with the badge, everyone expected that he was on his way to a life-long career as a law enforcement officer. He also was expecting his first child.

Police Officer Mitchell Penton loved his work serving the people of Dallas through his work with the Dallas Police Department. He had been assigned to the Northeast Patrol Division. The DPD has had a long history in Texas, as it was founded in 1881. It is the primary law enforcement agency for the city of Dallas, the third-largest city in Texas and the ninth-largest in the US. Dallas is the largest inland metropolitan area in the country with no direct connection to oceans or ports.

The department manages services for such a large city by dividing the agency into seven divisions based on city subdivisions. The DPD has more than 3000 sworn officers and approximately 575 civilian employees. All who work each day to keep 1.2 million residents safe from harm.

Officers work together with 1200 marked patrol vehicles, 900 unmarked police cars, 40 motorcycles, two boats, and two helicopters to keep one of the largest cities in the US safe and secure from the seven stations. The Chief of Police is appointed by the City Manager, who in turn is set by the Dallas City Council. Council members are elected, the City Manager is not. The current Chief is Edgardo (Eddie) Garcia.

Police Officer Mitchell Penton leaves behind his wife and unborn child, as well as a stepson whom he adored. It will take the community, family, and friends to pull together to help his young family through their loss.

Police Chief Eddie Garcia shared the heartache his department has been feeling over the loss of Officer Penton. “Our hearts are heavy right now. This young officer had such a bright future ahead of him. We asked that the community join us as we pray for the officer’s family. We would also like to extend that prayer to the brave men and women of this great department.”