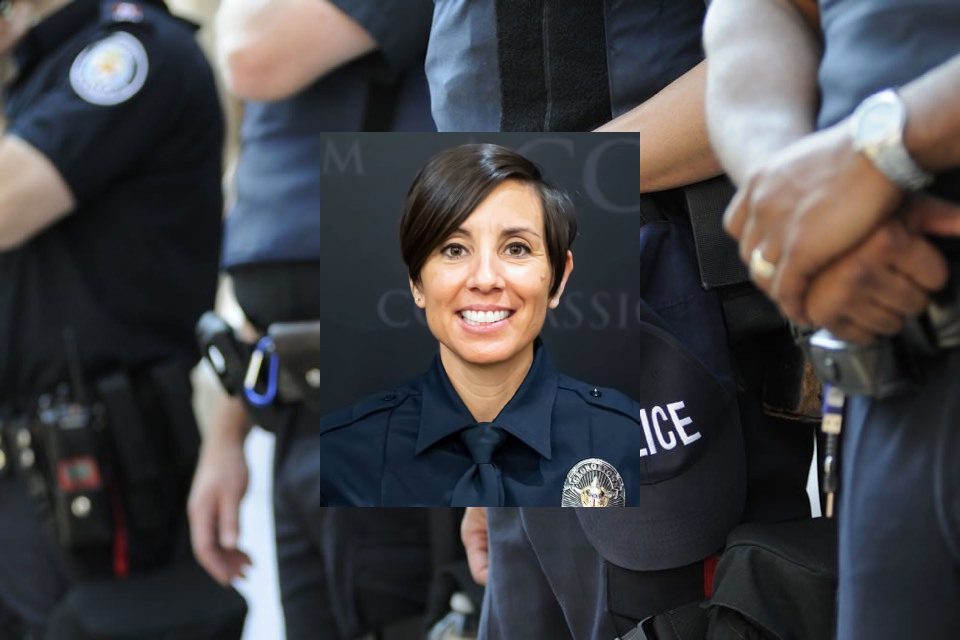 On Thursday, September 16, 2021, Texas officials were disheartened to learn that the state had lost another officer to the COVID19 pandemic. Unfortunately, Texas has lost more law enforcement officers than any other state. This loss was a sad reminder of the devastation that COVID has made on local law enforcement. Police Officer Michelle Gattey, a new 9-month recruit, died in the line of duty due to contracting the deadly virus. She was 44 years old.

Officer Gattey had great potential for her community and was looking forward to her dream career as a police officer. Gattey had started her life in civil service. She was a veteran of the United States Air Force. Upon fulfilling a 23-year career with the Air Force, she immediately pursued the opportunity to become an officer. She worked as an intern with the Georgetown Police Department and then attended the police academy. After graduation, she was officially sworn in as an officer with the GPD. She had served with the department for the past nine months.

Michelle Gattey is the first officer with the Georgetown Police Department to die in the line of duty.

Gattey chose to protect and serve her community of Georgetown, Texas. The GPD was initiated in 1948. It was then that the city council voted to hire a chief of police and two officers. Today’s department has more than 89 sworn officers and 33 civilian staff members. This department lives and works to protect the residents and city of Georgetown, Texas.

The county seat of Williamson County, Texas, Georgetown most recently nearly doubled its population in a short ten-year period. The 2010 census showed that the city had a population of 47,400. By 2019, the estimated population had grown to nearly 80,000 residents. Today, the city is still growing rapidly. Officers with the GPD, which has also grown to accommodate the larger city, provide law enforcement services to the residents within the over 59 square miles, which encompasses the city limits.

Police Officer Michelle Gattey leaves behind her family, friends, neighbors, and coworkers. She also leaves behind the city of Georgetown, which, like many other communities, have suffered greatly during this pandemic. However, the loss is even more tragic considering the loss to all those she had worked hard to get into a position where she could help them.

Area law enforcement officers and navy honor guards will join the Gattey family to honor her service to her country and her city.

The Georgetown Police Department expressed their sorrow and gratitude to Officer Gattey in their Facebook announcement. “Today, the Georgetown Police Department has suffered another tremendous loss, and we are heartbroken. Officer Michelle Gattey passed away after a courageous battle with COVID-19. Officer Gattey began her service as a police officer in January of 2021 and was recently selected to be our next Victim’s Service Coordinator. Officer Gattey will be remembered for her wonderful smile, her soft-spoken manner, and her commitment to our country and our community. She truly exemplified what it means to have a servant’s heart. Her family, her friends, and all of us will miss her more than words can describe. Rest easy, sister. We have the watch.”