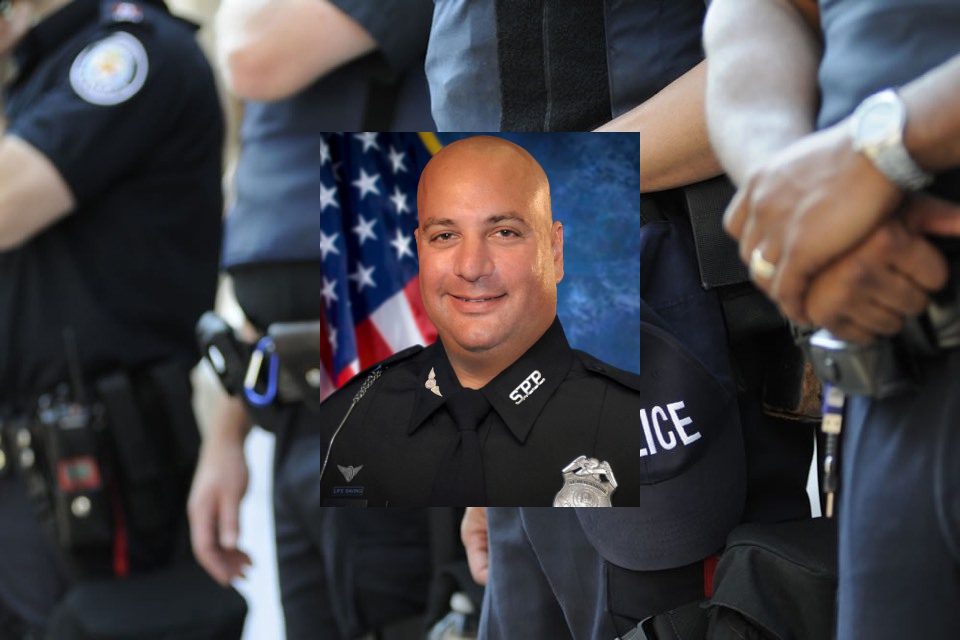 It is another day and another tragedy facing law enforcement offices across the country; since the start of the COVID19 pandemic, hundreds of officers have been lost to the virus. As a result, police face a risk deadlier than the crimes they have been trained to detect, an invisible threat – which is now the number one cause of line of duty deaths in the country.

On Friday, August 27, 2021, the St. Petersburg, Florida Police Department learned that they, too, had lost one of their members. Police Officer Michael Weiskopf, badge number 35836, passed away due to complications of the coronavirus. He was 52 years old.

Michael Weiskopf dedicated his life to law enforcement. He had served the community of St. Petersburg for almost 18 years. Weiskopf is the 16th officer to die in the line of duty in the SPPD’s history. Weiskopf had spent many years on the DUI unit but most recently began working as a Traffic Homicide investigator. He was known to be patient and kind, putting crash victims at ease when they could be distraught, injured, or even angry. His calmness was contagious.

The SPPD is a significant force; it employs more than 550 sworn full-time officers and 212 civilian support staff. St. Petersburg is the 5th largest city in the state, with approximately 275,000 residents. It is also a city that is surrounded by water on three sides.

The department has many specialized units. Officers are both undercover and in uniform. The SPPD also has incorporated many technologies into their community policing efforts, including the Park Walk and Talk. The agency covers 64 square miles of densely populated inner-city areas and nearly 70 square miles of waterfront. This unique aspect of the city requires the department to have many officers fully trained in water patrol and rescue.

Police Officer Michael Weiskopf leaves behind his wife, friends, neighbors, extended relatives, and of course, his family in blue.

Sgt. Anthony Alli, a friend, colleague, and previous 2-year partner spoke of the type of officer that Weiskopf had been. “He was this big guy, but he was just loving. He’s always that one to kind of guide you. Even if you’re having a difficult time with something, he’s very patient. When he’s out on a crash, he crosses his T’s and dots his I’s and is making sure everything gets done the right way so we can bring justice for those victims and those families.”

Local reporter Angie Angers spoke of Weiskopf’s widow’s pleas to those who attended the funeral but remained unvaccinated. Ofc. Michael Weiskopf was surrounded by his family and @StPetePD officers as he was laid to rest. His wife, Karen, spoke openly about her late husband’s decision to hold off on getting vaccinated and pleaded with the unvaccinated to reconsider when speaking at his service.”

Police Chief Anthony Holloway is encouraging more of his officers to get the vaccine and writing to other departments attempting to prevent another loss like that of Officer Weiskopf. “I have signed six letters to other chiefs and sheriffs because they’ve lost somebody due to COVID. I don’t want to sign any more letters. That’s why I’m asking every deputy and police officer, please, if you don’t want to do it for yourself, do it for your family. Do it for someone.”