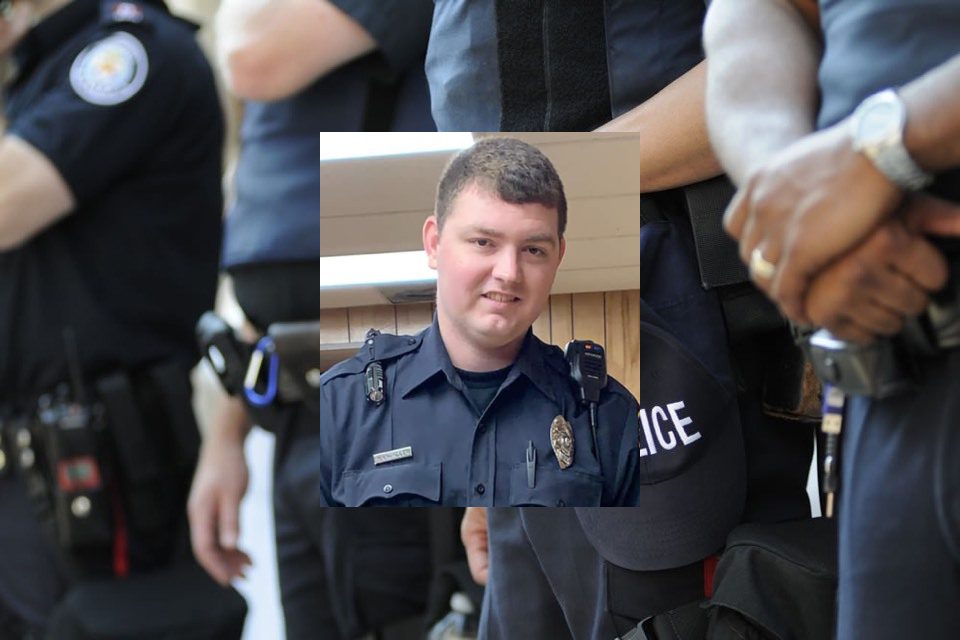 On Saturday, November 13, 2021, Virginia officials were saddened to inform residents about the loss of a local police officer to gun violence. Police Officer Michael D. Chandler was shot and killed while on duty near the 2500 block of Orr Street in Big Stone Gap, Virginia.

It was 4:00 am when Officer Chandler was out on patrol. A resident flagged him down and asked him to check on someone inside a home. When Officer Chandler approached the house, a man came out, pulled a gun, and shot Chandler. Chandler either fell or was pushed into the ditch along the home’s driveway.

The welfare check was made at a vacant home. A deputy from the Wise County Sheriff’s Office located Chandler along the ditch and called for medical backup. Chandler was rushed to nearby Norton Community Hospital and then flown to Johnson City Medical Center in Tennessee. Medical staff and personnel did work endlessly to save the life of Officer Chandler. Unfortunately, the wounds were too much, and he passed around 7:00 pm.

The man who had shot him fled the scene but was later arrested in Kingsport, Tennessee. He was located at a motel due to diligent work by state, local, and federal law enforcement. The suspect was also wanted for numerous probation violations in Wise County, Virginia, and South Carolina.

It is always a tragedy to lose a single officer for any reason. However, around 4:00 am on his 29th birthday; Officer Chandler was shot and killed for doing his job. He was more than a police officer and a much-needed volunteer with the Big Stone Gap Fire Department.

Police Officer Michael Chandler was an essential member of the Big Stone Gap Police Department. The agency is a small department of fifteen officers. These officers work together to ensure that the community has 24-hour police protection and support.

The community was initially named Mineral City. However, in 1888 it became known as Big Stone Gap, which was the name of the Appalachian valley where the town sits. Police have jurisdiction of approximately five square miles and serve a population of just over 5,000 residents.

Police Officer Michael D. Chandler leaves behind his family, friends, and coworkers who will mourn the loss of the young officer. Chandler was a big part of the Big Stone Gap Community, and many came forward to show gratitude for the sacrifice he made on their behalf.

Wayne Chandler, an owner of a local restaurant, was impacted by this tragedy. “He was a great young man. This is just terrible. He was very quiet, very soft-spoken. He was just a good guy.”

Virginia Governor Ralph Northam ordered flags to be lowered to honor the sacrifice made by Officer Chandler. “Pam and I were deeply saddened to learn of the loss of the Big Stone police officer Michael Chandler, who was killed yesterday in the line of duty. Mike was a dedicated public servant, a devoted husband, and father a trusted member of the Big Stone Gap community. Like law enforcement officers across the commonwealth, he put his life on the life every day in service to his fellow Virginians. And at only 29 years old, he made the ultimate sacrifice.”