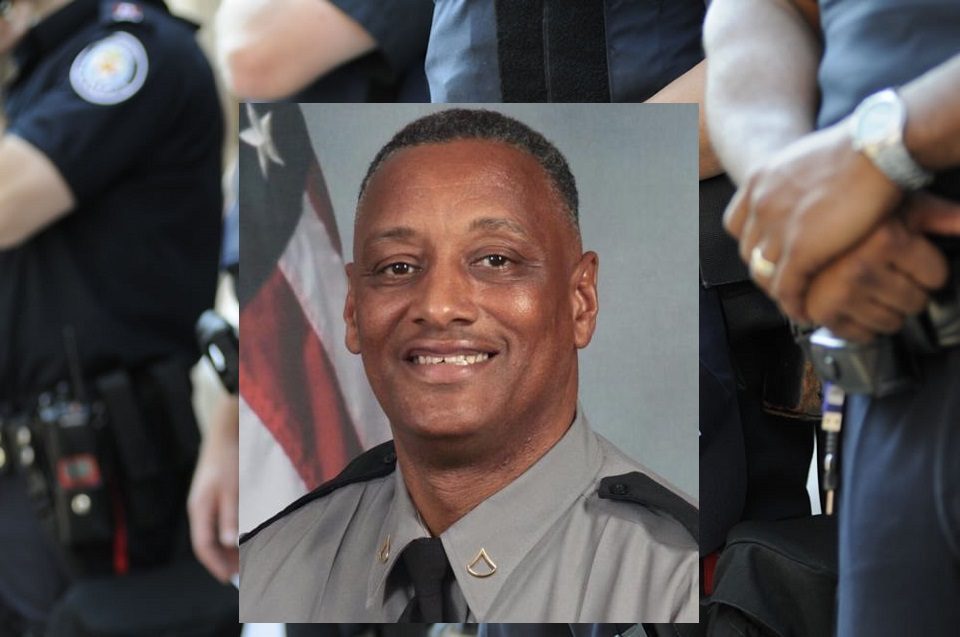 On Tuesday, January 12, 2021, Police Officer Melton “Fox” Gore was killed in the line of duty. South Carolina authorities were saddened to announce the local officer’s loss who wore badge number 500 for the Horry County Police Department. He was 57 years old and had been a local law enforcement officer for over 23 years.

Officer Fox Gore pulled over after noticing some debris in the roadway. He got out of his vehicle to clear it out of the way to prevent anyone from getting hurt.

Horry County Police Chief Joseph Hill stated that those actions were just like Fox. “That’s typical of Fox if you knew him. He cared about this community. Most people may have passed that debris by, swerve around it, but not Fox. He wanted to make sure nobody was hurt by it.”

While cleaning up the debris around 4:00 pm off the side of Hwy 22, near intersection Hwy 31, a vehicle struck Officer Gore. A 2007 Mazda SUV hit him. No charges are currently pending against the driver.

Officer Gore was well known as a positive role model, a caring person, and the entire county knew him for being a great cook. As he left for his shift on Tuesday, he stopped to offer to cook for the Chief soon. Officer Gore is the third officer to die in an accident in the country’s area in the last twelve days.

Officer Gore gave more than 23 years of his career and his life to the Horry County Police Department. For 20 years of his service, he was assigned to the Environmental Services Unit. In 2015, Gore was awarded the West Precinct Officer of the Month. Officer Fox Gore naturally enjoyed helping others, and police work suited him well. He followed his father’s footsteps, who previously was an officer with the Atlantic Beach Police Department.

The Horry County Police Department was initiated by state legislation in 1959. Local citizens voted to re-endorse this legislation in 1998. The department has more than 280 sworn officers, four precincts, and one detention center. The HCPD also covers beach patrol for the Myrtle Beach area.

Residents, family, coworkers, and others were stunned at the news of losing their beloved officer. Police Officer Melton ‘Fox’ Gore leaves behind his twin brother and many other family members. Children at the local elementary school demonstrated their support by creating a lasting memorial for Officer Fox. Residents have been bringing flowers, cards, and other tokens to the station and Officer Gore’s patrol vehicle, which has been parked in front of the station to allow the community to mourn.

Police Chief Joseph Hill is stunned like many family members and residents. “I tell you, it hasn’t sunk in yet. Not well, you see the officers here. We’ve got some time we’re going to be grieving as a family along with Gore’s family, and I will tell you Fox is probably looking down now saying it’s going to be okay, just hang in there and continue the business of the county. It’s a tough time for the Horry County Police Department, its members, and our community.”

Milton Gore, Officer Fox’s twin brother, spoke of how residents would praise his brother as he met them. “Every time I run across somebody, they go, “Hey, you look like Fox,” and I say, “yea, I’m his twin,” and they go, “God, what a great guy,” and that always made me feel great about him. He’s a person of service not just in that uniform, but a service to his community, service to people, always looking to help somebody.”

Gary Gause, a retired coworker of Gore’s, spoke of how well-liked an officer he had been in the community. “I first met Fox in 1998. Officer Gore was one of the most beloved officers. He was a guy that if you see him, he was always smiling.”

Marion County Sheriff’s Office shared their thanks for the support and their condolences for Officer Fox’s loss. “In the first hours after losing Deputy Price, some of the very first calls to us offering assistance were from Horry County Police. They have been with us and involved in every step of planning, from motorcades, honor guard, and coverage for us to attend David’s funeral. Now to learn while they are selflessly serving us in our time of need, they have lost one of their own is an entirely new level of grief. We are stunned and at a complete loss. We stand with you, Horry County Law Enforcement.”