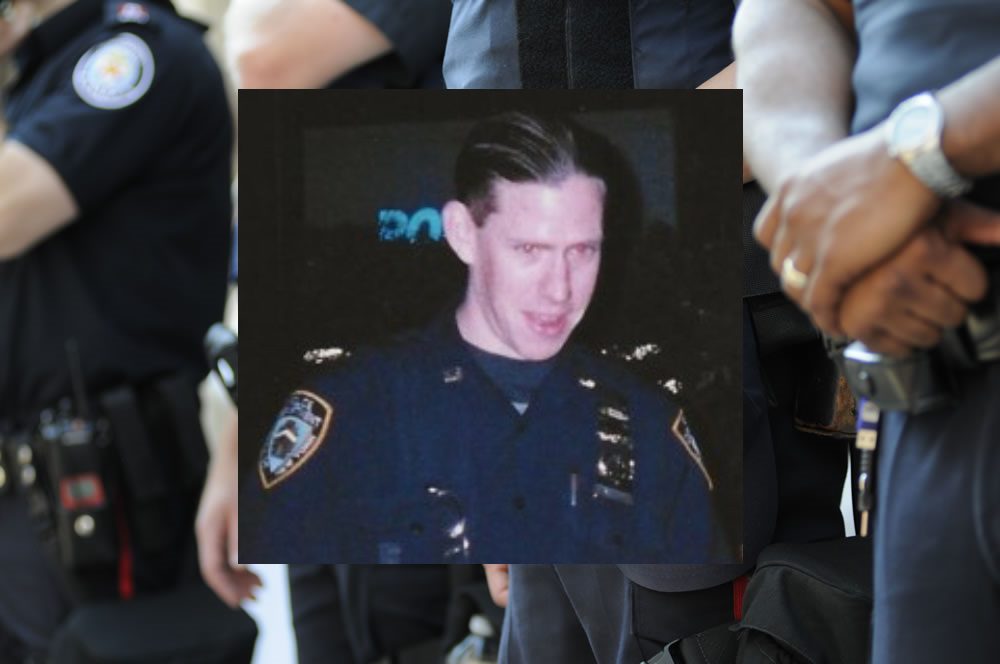 On September 11, 2001, Officer Matthew S. von Seydewitz answered the calls for help. He went towards a terrorist attack to save lives, while others fled in fear. He, like other New York first responders, showed bravery and courage in the face of extreme peril on a tragic day in American history.

Like many who felt the call that day, Officer Seydewitz worked diligently to help New York City find its way back to a place of calm. He showed others how to carry on and not allow terror to rule their lives. He honorably set an example for others in the New York City Police Department and continued in the line of duty up to his retirement.

However, like others who were in the area on 9/11, he fell victim to health issues related to the fall of the twin towers. He developed cancer as a result of his search and rescue attempts at the World Trade Center. His spirit remained brave, caring, and giving until January 27, 2020, when he died from cancer.

Police Officer Matthew S. von Seydewitz served his career with the New York City Police Department. The department has a long history dating back to when it was first established as a municipal police department in 1845. It wasn’t long after that the city’s Mayor, William Havemeyer, coined the still well-loved phrase “New York City’s Finest.”

The ‘Finest’ men and women of the NYPD have many ways outside of their regular police duties to give back to the community. They are affiliated with both the New York City Police Foundation and the New York City Police Museum. The Foundation, established in 1971, was brought about by officers, civic leaders, and the business community. The idea was to become an additional resource to enforce and strengthen the department and to improve public safety. This organization and New York’s Finest set an example for cities all across the United States. One of the greatest achievements of working directly with the community through this foundation was the establishment of the Real Time Crime Center. This top-notch technologically advanced center, gives the NYPD details to identify crime patterns and stop new crimes from occurring.

Officer Seydewitz was loved by many family and friends. His relatives, friends, and co-workers in blue, all mourn his passing too soon. He lived an honorable life and was an example to his many nieces and nephews. He had many young people in his life that looked up to him and he provided a fine example of how to live.

His friends described him in many beautiful ways. One friend cherished lost memories and described Seydewitz as a quiet, humble soul who had a huge heart. Memories of a man who loyalty and bravery were unmatched. Other officers described him as being one of the finest of the finest. An officer who was a beacon of light to all his fellow service men and women. Officer Matthew S. von Seydewitz was loved by all, and will be missed greatly by all he knew and touched.

On the morning of September 11, 2001, terrorist hijackers flew two planes into the World Trade Center. On that day 72 officers from 8 different police and law enforcement agencies were killed. These officers, as well as other first responders, bravely rushed into the burning buildings considering the safety of others before their own. Their actions helped to save over 25,000 people before the collapse of the towers.

In total, 72 police officers, 343 firefighters, and 2,800 civilians died at the World Trade Center. However, deaths would continue. The contamination in the air has caused many more illnesses, cancers, and subsequent deaths since. A medical director from the Mount Sinai Hospital World Trade Center Health program reported in 2018, that of the 10,000 first responders and others who were at ground zero during the clean up and response to the attack, more than 2,000 of them have already passed away. Now, in early 2020, the number of police officers and firefighters that have passed after 9/11 due to health-related issues that it has caused has reached astounding numbers and is still climbing. Over 240 more police officers and more than 200 more firefighters have passed since the tragic day, including Officer Seydewitz.

He lived with honor and bravery as an example to all that knew him. May Officer Seydewitz forever rest in peace.