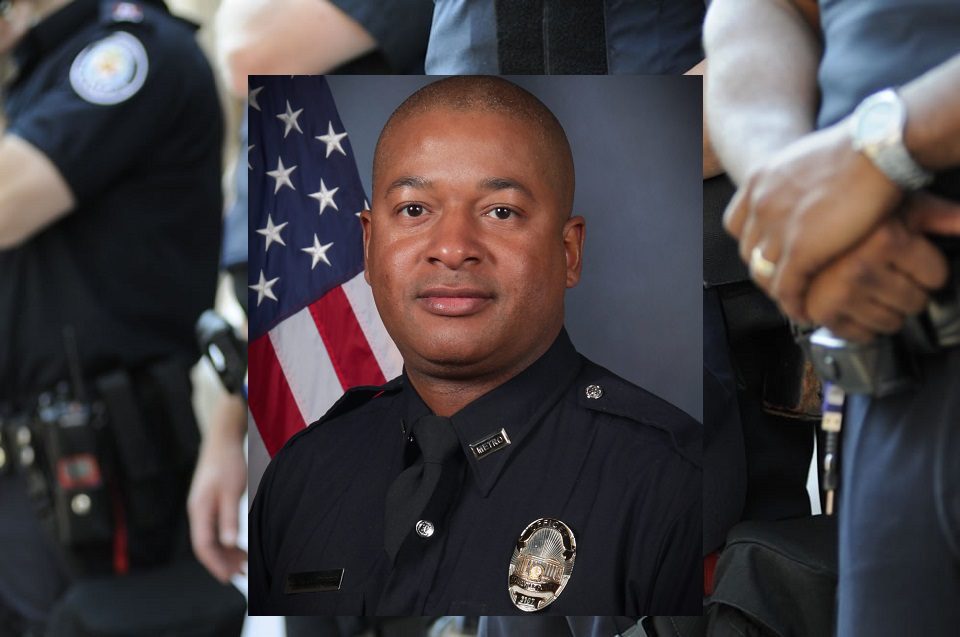 On Thursday, November 19, 2020, authorities in Louisville, Kentucky, were saddened to announce the loss of one of their own police officers. Police Officer Martez “Tez” Hughes, age 49, died from complications from the coronavirus. Law enforcement officers and first responders have been lost in significant numbers since the start of the pandemic.

Police Officer Hughes was known to care a great deal about the residents of Louisville. It took him down a career path with the Louisville Police Department. It was determined through contact tracing that Hughes contracted the virus while delivering meals to the city’s needy families and elderly. He had been assigned to assist the Meals on Wheels program.

Officer Hughes was taking the day off when he collapsed in medical distress while playing tennis. He was rushed to Louisville Hospital and pronounced dead on arrival. It was found later through an autopsy and testing that Hughes was positive for the coronavirus.

Hughes had dedicated his career and more than 11 years of his life serving with the Louisville Police Department. He wore badge number 3107. He enjoyed helping his neighbors and protecting others in need.

The Louisville Metro Police Department was recently founded in 2003. It was a consolidation of both city and county governments to provide better service to the area. The agency is relatively large, with more than 1500 employees. The officers for LMPD regularly patrol and protect an area of almost 400 square miles. They use community policing and other progressive policies to work directly with the approximately 630,000 residents the agency serves.

COVID19 and the world-wide pandemic have significantly impacted families. Many thousands of families have lost one or more family members. Police Officer Martez “Tez” Hughes leaves behind his wife, daughter, mother, and sister. Louisville residents came out in droves along with law enforcement from all over the Midwest to show honor to the sacrifice made by Officer Hughes.

Louisville Police Chief Yvette Gentry spoke of the loss and its impact on the department. “Martez was more than just a brother officer; he was a loving husband to his wife Sherry and devoted father to his daughter Isabella. I know each of us will do all we can to help the loved ones he left behind; they will forever remain a part of our LMPD family. During these times, we must come together in support of one another. I have no doubt each of you will be impacted by this loss in your own way and will grieve this tragic event. Many of you have shared stories and memories of Martez, particularly his commitment and involvement with our Special Response Team. Officer Hughes’ service, commitment, and dedication to his community will forever remain a testament to his professional and personal legacy. He will be missed!”

Louisville Mayor Greg Fischer asked for prayers for the LMPD and the Hughes family. “Officer Hughes committed himself to protecting the people of our city, and we grieve with his wife and daughter and the rest of his family, including the men and women of LMPD. I ask all residents of our city to keep them all in your thoughts, hearts and prayers.”