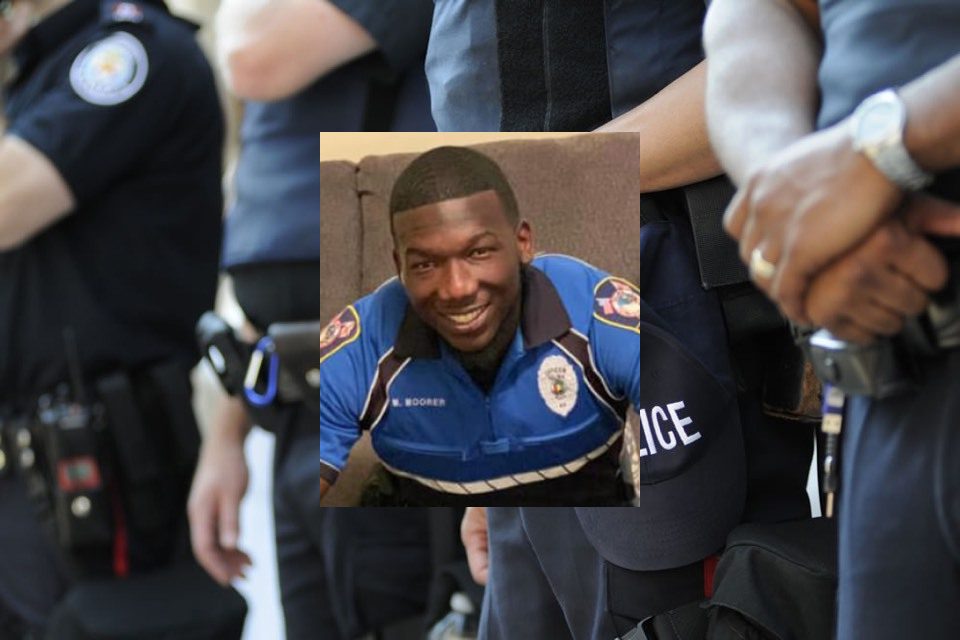 On Tuesday, July 27, 2021, in Selma, Alabama, authorities were stunned to learn that a local police officer had been killed in a deliberate ambush. Police Officer Marquis Moorer, age 25, was the victim of a shooting outside of his apartment.

It was almost 4:00 am when Police Officer Marquis Moorer stopped by his apartment during his meal break during his shift. While he was enjoying his break, a young male repeatedly fired into his apartment. One of the bullets struck Officer Moorer, killing him. Moore had been enjoying his lunch with his significant other, who witnessed his death. She also was hit by a barrage of bullets and is receiving treatment at a local hospital. After the shooting, the man who had committed this crime fled the scene.

The Alabama State Department of Investigation located the suspect and arrested him the following day. While the loss of any officer is a shock, this one has taken authorities by surprise. The suspect was a local 18-year-old who was a star football player on the Selma High School football team.

No motive has been released, but the young man has been charged with two counts of capital murder and one count of attempted murder. The suspect was arrested following a preliminary investigation and with assistance from the United States Marshals Service.

Officer Moorer is the 15th murder so far this year in Selma. Police are praising the community for working with them on solving nine of them so far. Selma Mayor James Perkins, Jr. applauded residents for speaking up because it takes everyone to protect a community. Several agencies are investigating this shooting, including the ATF, Dallas County Sheriff’s Office, and the 4th and 17th Judicial Drug Task Forces.

Police Officer Marquis Moorer had just begun his dream of a life-long career with the Selma Police Department. Moorer had been looking forward to being an asset to his community and a help to his fellow man. He had dreamed of becoming a police officer, and he was excited to go out each day and make a real difference in people’s lives.

The Selma Police Department is a full-service law enforcement agency. The department has approximately 65 full-time sworn officers plus necessary civilian support staff. The officers provide patrol and other police services to nearly 22,000 residents. Moorer had been excited to start his career in Selma, to make a difference in the future of Georgia. He hoped through his work in law enforcement to change the perceptions of law enforcement in the city of Selma, Georgia.

Police Officer Marquis Moorer leaves behind his parents and other relatives. Neighbors, residents, extended family, and fellow law enforcement officers will help the Moorer family during their time of grief. The community is hurting. Moorer was an example to other young people in the area who needed his leadership.

Governor Kay Ivey released a statement regarding the loss of the young officer and ordered flags to be flown at half-staff in his honor. “Let us remember the life and service of Officer Moorer, who was a 4-year veteran of the Selma Police Department. We offer our heartfelt condolences and prayers to his loved ones, the Selma Police Department, and the city of Selma.”

Selma Police Chief Kenta Fulford addressed how difficult it is to talk about the loss. “These interviews are never easy, but it’s more difficult when it’s one of your own. The Selma Police Department is devastated, and we’re asking the community for your prayers because it is time for it.”