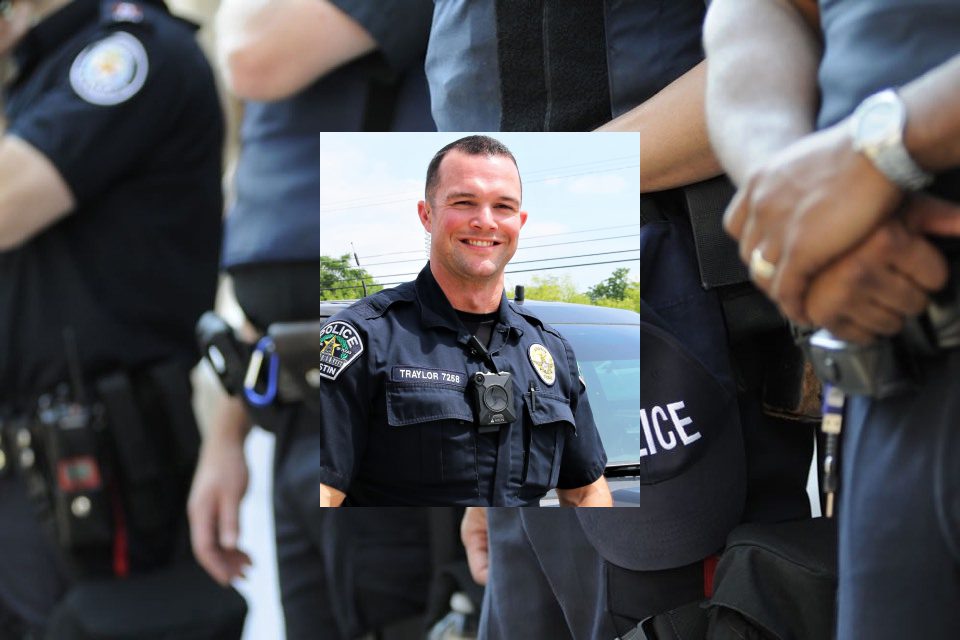 On Saturday, July 31, 2021, the Austin Police Department announced that its department had lost an officer in an accident. Police Officer Andy Traylor, badge number 7258, succumbed to injuries he had sustained in a crash days earlier. Traylor was 37 years old.

Three days earlier, on July 18, Police Officer Traylor was traveling on FM 969. A tractor-trailer made a U-turn in front of his vehicle at Decker Lane. Traylor attempted to avoid the collision; however, it was too late, and his patrol car hit the trailer hard enough to become pinned underneath. He was en route to a call for emergency service at about 2:10 am.

Many first responders came to the scene of the accident, many friends and coworkers of Officer Traylor. They worked into the early morning hours to attempt to extricate him from his vehicle. He was transported to the local hospital for treatment. The injuries were far too severe, and the hospital helped meet Traylor’s wishes to be an organ donor. He was kept on life support until those arrangements could be made.

Office Andy Traylor served his country out of high school graduation. He is a US Navy Veteran. Upon return home from duty, he wanted to continue to work in civil service and become a police officer. Traylor has been a dedicated sworn officer with the Austin Police Department for more than nine years.

Police Officer Lewis Andrew Andy Traylor proudly represented the Austin Police Department; his badge number was 7258. The APD is the primary law enforcement for Austin. It is a prominent law agency that employs more than 1900 sworn police officers. This number of officers is complemented by approximately 750 civilian administration personnel.

Austin has nearly one million residents and is the capital of the state of Texas. Patrol officers with the APD are responsible for patrolling and protecting the residents in a 326.5 square mile area. Officer Boyd worked patrol as one of his regular assignments. To meet this need, APD is one of the premier law enforcement agencies in the country. The agency has eleven separate patrol districts and many departments of expertise. The department is extensive and has an annual budget of more than 440 million dollars.

Officer Traylor is the 25th officer with the Austin Police Department to die in the line of duty.

Police Officer Lewis Andrew “Andy” Traylor leaves behind his wife and five children. These children will need the support of the community to reach their full potential. Honor guards from area agencies will help the Traylor family with making arrangements. This service is performed by volunteer officers who are willing to spend the extra time helping the families of the fallen.

Austin Police Officer Lt. Mike Chancellor, also Traylor’s cousin, spoke at the service. “Andy also had a humorous side. He had the rare ability to make people feel welcome even as he picked on them, and as far as that goes, he made a lot of people feel welcome. He actually gave me credibility as a Lieutenant as I went back out on the streets. I heard more than once from officers that the lieutenant can’t be that bad if he is related to Andy.”

Office of the Chief Medical Officer in Austin shared their condolences for the loss. “We mourn with the Austin Police Department for the loss of Navy veteran and Officer Andy Traylor, who succumbed to injuries suffered in a crash earlier this week that occurred while he was responding to a call. Our thoughts are with his wife and five children, as well as his colleagues and friends. This city owes you a debt we can never repay. Fair winds and following seas.”