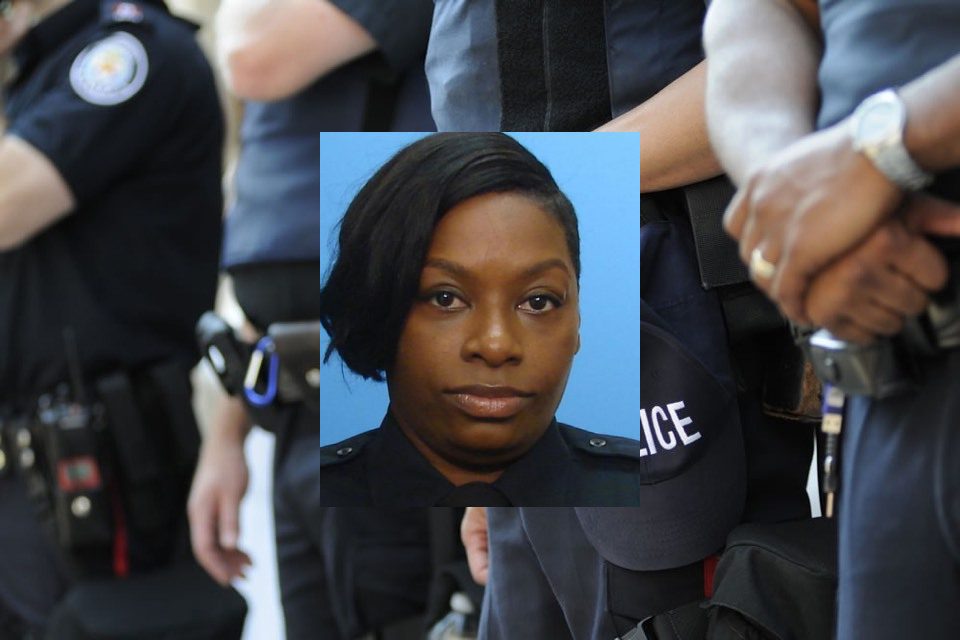 On December 16, 2021, Officer Holley was ambushed seven days before her death. Holley was sitting in her patrol car in the 4400 block of Pennington Avenue. It was early morning, around 1:30 am. Two men approached her vehicle from behind and, without any provocation – opened fire on Officer Holley. She was shot multiple times.

This was only a part of the continuing crime spree that the two subjects were on that evening. The men fled the scene. Later that evening, approximately 10 miles from the initial shooting, the men murdered another man. The man was murdered because one of the men claimed he owed him $100.

Officer Holley was found when headquarters could not reach her. When officers found her, she was in critical condition. EMTs worked to save her and transported her to a local hospital, where she underwent several surgeries. Officer Holley fought valiantly to survive; however, two days before Christmas, the mother of four succumbed to her wounds.

A search was underway, and both suspects were arrested several days after the shooting. Both were facing serious charges, which will now include the murder of a law enforcement officer.

Officer Holley had served as a law enforcement officer with the Baltimore City Police Department for over two years.

Holley was a member of the Baltimore Police Department. The BPD was well-served by new members like Holley as the department has been working diligently to change their perception among the public. The agency is a fully-accredited law enforcement agency that provides services to nearly 586,000 residents.

The agency is divided into ten districts. Nine are geographically spaced out across the city; the tenth district is the Public Housing District. The agency’s jurisdiction covers over 80 square miles of land and 11 square miles of waterways.

Often, the agency is referred to as the Baltimore City Police. This distinguishes between another local agency, the Baltimore County Police Department.

Police Officer Keona Holley leaves behind four children, parents and sister. The weight of this loss will be felt on the Holley family for decades. Officer Holley had four children, who undoubtedly will not look at the holidays the same again. Many residents, family, friends, and law enforcement officers will help support the Holley family in the years to come. Full honors will be performed in order to demonstrate the significance of the loss to the family and the community.

Baltimore Police Commissioner Michael S. Harrison commented on the tragedy. “It is with heavy hearts that Commissioner Michael Harrison and the Baltimore Police Department announce that Officer Keona Holley has been removed from life-support. Her health had deteriorated over the last couple of days, and her family, in consultation with her doctors, has had to make the most difficult decision. Our prayers are with Officer Holley’s family and loved ones, co-workers, and the entire community. I thank her and the entire BPD community for their commitment, service, and sacrifice. We mourn Officer Holley’s death together, and we will heal together.”

Baltimore Mayor Brandon Scott gave his heartfelt condolences. “I offer my deepest condolences to the family, friends, and colleagues of Officer Keona Holley, a devoted public servant who worked selflessly to protect our community. Baltimore will never forget Officer Holley’s sacrifice and commitment to making a difference in her beloved city. I ask that everyone please keep Officer Holley’s family in your prayers as they endure the holiday season without their mother, daughter, sister, and loyal friend.”