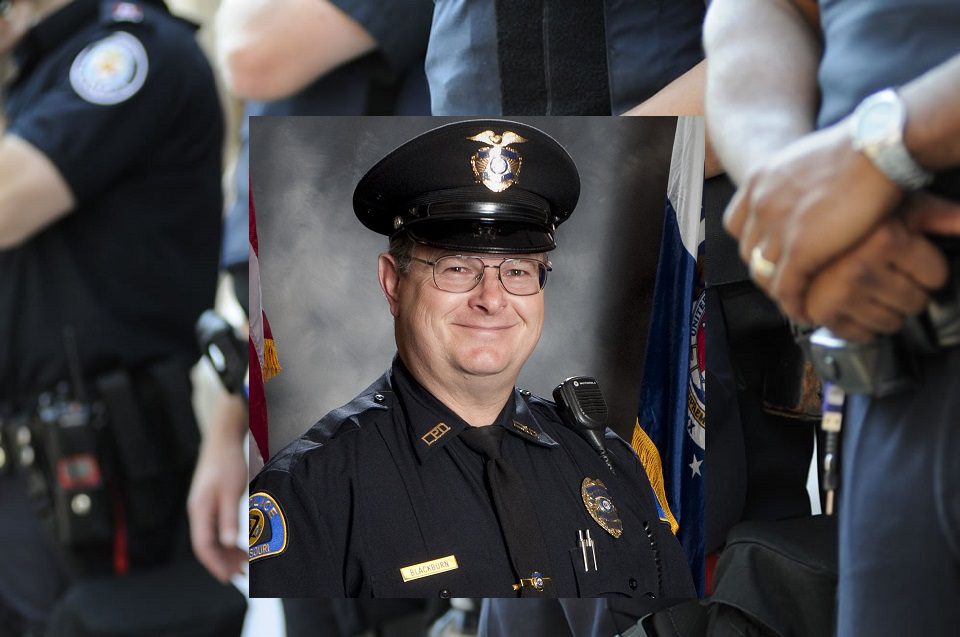 On Monday, December 28, 2020, Missouri officials sadly announced the loss of another first responder to COVID19. The coronavirus has hit first responders and their families extremely hard. Police Officer Kendle Blackburn lost his life to the virus. He was 55 years old. Officer Blackburn died just days after his family was worried that he was sick and alone on Christmas Eve. Due to the virus, patients are separated from family to prevent its spread.

Officer Blackburn had been fighting for his life for a month. He had been hospitalized since late November. At one point, it seemed he improved, but then he was put on a respirator and in ICU. His wife posted her worries online, stressing how hard it was for her to know he was alone. Debbie Blackburn wrote this message to Kendle on Christmas Eve: “Wish you could have been here with me to enjoy watching the kids and grandkids open their presents tonight. Nothing is the same without you. But I want you and our family to know I am fighting for you and us. And I know you are fighting for us too.”

Blackburn loved the Lebanon community. He spent his entire career in civil service, working most recently for the Lebanon Police Department. He had 21 years total as a sworn law enforcement officer. He spent the first five years of his career as a deputy with the Laclede County Sheriff’s Office. For the last sixteen years, he wore badge 334 as a Lebanon Police Officer.

Officer Kendle Blackburn worked with the Lebanon Police Department. Blackburn was known to be an outstanding officer who worked to forward ideas of community policing. The Lebanon Police’s mission is fully listed on their site, but some of the main concepts align with professional law enforcement services everywhere. The department works to guarantee residents’ and visitors’ safety, deter and identify criminals, and maintain a proactive patrol. Officer Kendle is the second officer in the department’s history to incur a line of duty death.

Officers of the LPD work directly with the community residents. There are approximately 15,000 locals to watch over and protect. Many of the first settlers to the area came from Lebanon, Tennessee. This is how the area got its name. The city was officially incorporated in 1849.

The virus has had a way of breaking the hearts of family, friends, and coworkers worldwide. It has been relentless and has taken many lives. Police Officer Kendle Blackburn leaves behind his wife and three children. The Lebanon community has stepped forward, standing alongside streets, bearing signs, and holding their hearts and tears to pay respect for the sacrifice given by Officer Blackburn. These same community members, friends, and neighbors will help the family in their time of grief.

Lebanon Mayor Jared Carr stated with his condolences. “We are extremely saddened by the loss of Officer Blackburn. Kendle was a fantastic police officer and defined what it means to be a public servant. Kendle served every day with the sole purpose of giving back to the city that he loved.”
A member of the Lebanon Police Department spoke highly of Officer Blackburn. “Today, our department is mourning the loss of Officer Kendle Blackburn after he fought a tough battle with COVID-19. Kendle was known throughout our city as the friendliest police officer anyone could ever meet.”

Missouri Governor Mike Parson gave a statement that touched many. My years in law enforcement taught me that those who wear the badge are often called to the profession because of their desire to protect others and improve their communities. Officer Kendle Blackburn was that kind of police officer. Known as the friendliest police officer in Lebanon, he was one who loved people. May his legacy serve as a model for other officers, and may we all be inspired by the support the community has shown for Officer Blackburn’s family and fellow officers during this difficult time.”