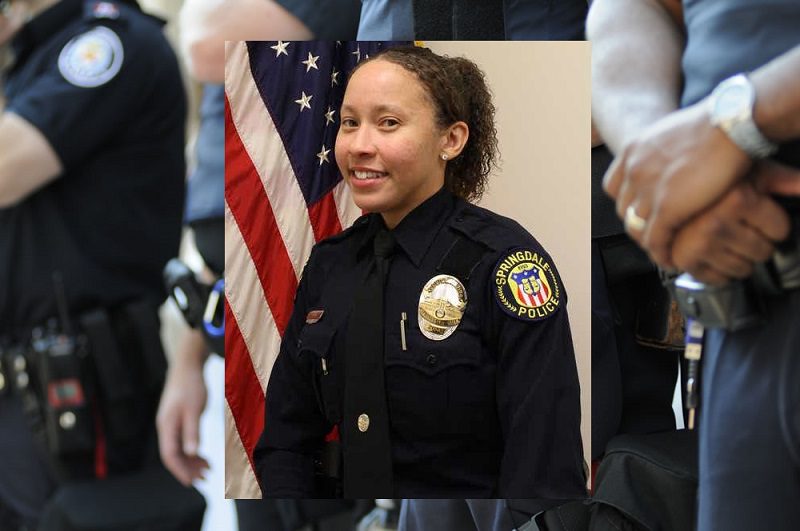 Springdale Police Officer, Kaia Grant, age 33, was intentionally struck and killed by a suspect’s vehicle on Saturday, March 21, 2020. Officer Grant was called upon, with her sergeant to assist in the pursuit and capture of an armed suspect. The subject was wanted on a warrant for burglary that had occurred in Blanchester. Officers from Elmwood Place had attempted to stop the suspect after the warrant was filed in Clinton County courts for aggravated burglary, which is a first-degree felony. The suspect fled the scene, and a chase followed. Over 30 patrol cars were involved in the pursuit.

The chase began in a neighboring community. As the chase continued onto I-275, Officer Kaia Grant and Sergeant Andrew Davis were preparing to deploy stop sticks near State Route 4. As the suspect approached, he intentionally turned his vehicle towards the officers and struck them head-on as they were in their patrol vehicle. All three were taken to nearby hospitals. Officer Grant was airlifted to UC Hospital but was pronounced dead upon arrival. Sgt. Davis was taken to UC West Chester Hospital with injuries and has since been released. The suspect is also in the hospital in police custody and is listed in serious condition.

Automobiles are second to gun violence in taking the lives of officers. The numbers are very close, in 2018, for the first time, the number of officers that died in the line of duty from gun violence and automobile incidents tied at 51. Studies show that there are several reasons that automobiles are a leading cause of death in law enforcement.

Much like the dangers of using cell phones while driving, the distraction of using police equipment like radios and computers while driving can contribute to the number of accidents. A narrowing of focus, which can occur with an adrenaline rush, when an officer is in a hurry to get to the scene quickly to save a life or stop a crime can also contribute. High speeds can easily cause an officer to lose control of their vehicle.

In this incident, the suspect intentionally struck the officers. Officers can be struck down when criminals attempt to flee and show little regard to others, even those in uniform. It is suspected that this subject may have wanted to attempt-suicide rather than be caught; these measures of desperation leave little room for thoughts of the safety of others. Officers can also be struck accidentally by drivers as they are attempting to take care of their police duties. Most states have laws mandating that drivers pull to the opposite lane if possible, or slow down when passing an officer on duty. Doing more to be careful when driving near officers can help reduce this risk.

Reports have stated that this suspect may have been intending on a suicide attempt rather than going with officers to face charges. The suspect’s actions of intentionally using his vehicle to strike other officers even at the risk of his own life speak volumes. A suicidal suspect is dangerous to officers. Some jurisdictions have started to refuse to take calls for suicides. They don’t want to put their officers in danger, and their officers don’t want to get caught up in a mentally ill person’s attempt at suicide by cop.

Plumas County, California, Sheriff-Coroner Greg Hagwood commented on this topic. “In too many instances, we show up and further aggravate a crisis situation. And then, in the end, bad things happen.” The public fears that as police departments nationwide begin a “stand-down” strategy, it will leave people who are potentially mentally ill left to handle circumstances alone, even if fatally. Hagwood understands public sentiment and hurting family members. However, he also states that law enforcement as a profession is coming under further scrutiny and must stop to examine their legal and moral obligations not just to the subject, but also to their officers.

The department helps with neighborhood crime watch organizations. They hold regular meetings once a month at the department and encourage all of Springdale to attend. Springdale PD also has a program called the Citizens Police Academy. This course is designed to help educate those who are interested in law enforcement and police activities. Through communication and education, long-held misconceptions can be broken down, and trust can be established that extends both ways. As the community learns more about the police department, the department also uses this as an opportunity to learn more about the concerns of its citizens and how they can implement other ways to help them.

One of the favorite programs developed by the Springdale Police Department is called Safety Town. This program is designated for 4 to 6-year-old children to learn the foundations of social safety. It teaches the basics of the bus, street, and bicycle safety over a 5-day course. The Safety Town program has been running for over fifty years and is offered with the help of the Springdale Fire Department and the Girl Scouts of Western Ohio.

Police Chief Thomas Wells fondly remembers meeting Officer Grant during her interview for the Springdale Police Department. He stated that he knew right away that she was somebody that would make a difference for their police force and their community. He described her personality as ‘dynamic.’

Strangers, family members, neighbors, community members from all walks of life have been bringing ribbons, flowers, and other items to the Springdale Police Department as a memorial for Officer Grant. During the time she served the community, she had touched so many of their lives. A local printing company immediately went into gear, designing a T-shirt to raise money for her family. The proceeds will go to the department’s officer memorial fund called ‘The Shield,’ which will be given to her family. The same printer had done this before for another fallen officer and had been able to raise over $16,000. He is hoping for a similar response to help the department and her young family.

Funeral arrangements are pending. It may be some time due to the coronavirus social restrictions. However, the Springdale Police Department will escort Officer Grant during her arrangements. Other local police departments have also provided their support by volunteering to cover the shifts of the Springdale PD officers for several days while they can recover from their grief.