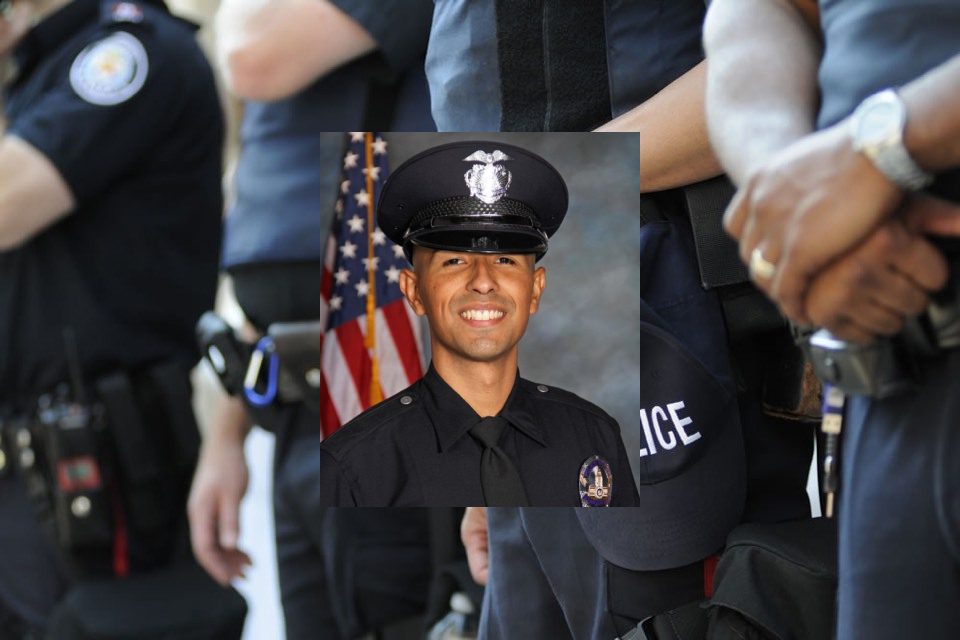 On Saturday, July 27, 2019, the Los Angeles Police Department informed residents that a local officer had died in the line of duty. Police Officer Juan Jose Diaz, age 24, was shot and killed by a suspect vandalizing a wall. However, the young officer had a promising future with the department. He proudly wore badge number 43009 on his uniform.

Shortly after midnight, Officer Diaz was having dinner out with some friends. While eating, Diaz observed a man vandalizing a nearby wall and spray-painting gang graffiti symbols. Diaz, though off duty, intervened. He took law enforcement action when he approached the man and asked him to stop.

Officer Diaz returned to his dinner with his friends. They were enjoying the evening near Avenue 26 and Humboldt Street. Sometime later, as Diaz and his friends were nearly finished eating, the man returned and brought several friends to back him up as he confronted Diaz. The man also brandished a handgun.

After an investigation, one week later, three subjects were taken into custody. They were all charged with murder and gang participation.

Officer Juan Diaz had served as a sworn officer for the Los Angeles Police Department. At the beginning of his career, he was looking forward to many years in his dream job. He was an officer for two years before losing his life. He had been assigned to the Professional Standards Bureau.

Officially known as The City of Los Angeles Police Department, the LAPD is one of the premier police departments in the US. The department was formed in December 1869, which was 152 years ago. Today, the department boasts over 12,000 employees, with more than 10,000 being sworn officers.

Often, we see LAPD featured in television and movies. Historically speaking, the agency’s appearance on the iconic show Dragnet made the department the most well-known and respected law enforcement agency in the nation.

LAPD has been charged with many firsts in law enforcement. For example, in 1965, LAPD created the first SWAT (Special Weapons and Tactics) team in history. The department is extensive as it comprises four bureaus and twenty-one stations. Jurisdiction for the department covers 503 square miles and serves approximately 4 million residents.

Police Officer Juan Jose Diaz leaves behind his family, friends, neighbors, and coworkers. All will mourn the loss of such a promising young man. Full honors were given at the service to demonstrate the significance of this senseless loss. Thousands came from all across the area to pay respects to Officer Diaz and his family.

LAPD Chief Michel Moore commented on the loss and senselessness of the tragedy. “Our officer was doing everything he could, by leaving the scene, and why they chose to do this, I believe, is that the bravado or just the senseless lack of any respect for life to go out and exact violence like this for such a trivial matter of someone making a mention to a person doing something wrong is intolerable and look forward to justice being served as to consequences.”

Sgt. Manuel Hernandez, now a police academy instructor, spoke of watching Diaz grow up. “Juan stood out to me because he grew up in a gang-infested neighborhood and still managed to be a good man. He didn’t join a gang, he didn’t get in trouble, and that’s because of his family, the parents, and him. I saw him grow up. I had no doubt that he was going to be a great police officer. I even joked with him that I was sure I was going to be working for him one day.”