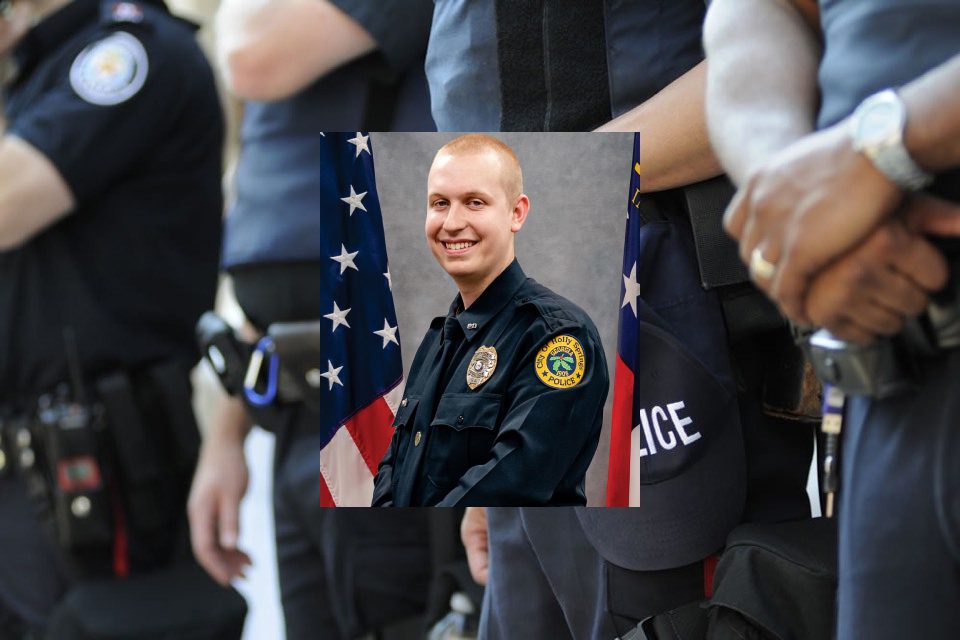 On Wednesday, June 16, 2021, authorities in Georgia briefed residents about the loss of a local Holly Springs police officer. Police Officer Joe Burson, age 25, died from injuries sustained during a driver fleeing a traffic stop. Officer Burson had served with the Holly Springs Police Department for about 18 months. Burson’s death is a tragic loss to both the family and the community.

It was about 11:00 pm when Officer Burson was conducting a traffic stop. The driver of the vehicle had been speeding. The traffic stop was made on Hickory Road between Hickory Hills Drive and Little Road. During the exchange, the driver attempted to flee. The reaction dragged Burson alongside the car. In an attempt to stop the driver, Burson pulled his gun and fired. He fatally shot the driver but had been dragged for a distance and suffered life-threatening injuries.

A statement from the Georgia Bureau of Investigations gave further details of the incident. “At some point during the traffic stop, the vehicle driver, a man (later identified), of Cherokee County, attempted to escape in his car. (The suspect) dragged Holly Springs Police Officer Joe Burson, age 25, down Hickory Road until the vehicle crashed. During the incident, Burson fired shots at Dolce.”

Other officers on the scene immediately gave life support and assistance to both Officer Burson and the driver of the stopped vehicle. Burson was rushed to Kennestone Hospital, where just after midnight, he succumbed to his wounds.

The Holly Springs Police Department had given Officer Burson his opportunity to serve the community. The HSPD is a full-service and accredited law enforcement agency that employs approximately 29 sworn officers. As a smaller department, many officers have multiple responsibilities. As a department, the HSPD officers perform criminal investigations, uniform patrols, special operations, narcotics department, and SWAT.

The core values that the officers of the HSPD work to reflect include honor, service, professionalism, and dedication. A statement that demonstrates the ethical standards of the HSPD was included on their website. It read, “We expect our officers to epitomize that which is good and decent about our city and our nation and to personify the ideals upon which our profession was founded. It is not our intent for Honor, Service, Professionalism, and Dedication to be mere words; but that they are the framework for the way we live our lives and a guide for our every action.”

Police Officer Joseph Burson left behind his loved ones, family, friends, and coworkers. All of whom came forward, leaving memorial flowers and gifts at the station. Officer Burson is the first officer with the Holly Springs Police Department to be killed in the line of duty. The community, fellow officers, and family plan to capture his memory and honor his life and sacrifice for the community.

Holly Springs Police Chief Tom Keheley spoke of how well Officer Burson worked with children and young residents. “He was a model officer. If you had the ability to clone your officers, you want your officer to be Joe Burson. It’s heartbreaking. It’s something that you never want to face, but it’s just a reality of the job we perform.”

J.R. McDonald watched as heartbroken police officers stopped to add a blue floral wreath to the growing memorial for Officer Burson. He spoke of the respect shown to Officer Burson. “It was a show of respect. His name will live forever. Our county is standing tall as it should. He reminds you of a young private in the military. You see so much of yourself in these people because that was once us. And he was just full of life.”