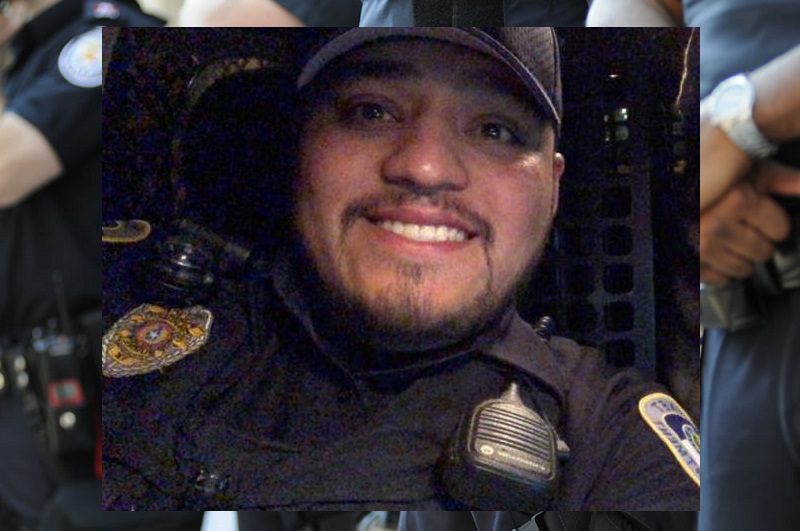 The city of Burnett, Texas lost one of their K9 officers after suffering a heart attack after extensive training with his K9. Police Officer Jose Humberto Meza, age 30, passed away from a heart attack on Friday, December 20, 2019.

Officer Meza had spent the day with his partner and best friend K9 officer Kuso. The two of them had spent several hours going through an extensive tracking training program with other K9 officers. When wrapping for the end of the program, Officer Meza told other officers present that he was not feeling well and going home for the day.

The following morning, a 911 call came in from Officer Meza’s wife, Christina Silva. Meza was rushed to a local medical facility and despite best efforts he was pronounced dead upon arrival.

Police Officer Jose Humberto Meza was the life of the party. Born to parents of Mexican descent in Cook County, Illinois on September 22, 1989. He was raised in the city of Chicago. He was well liked and there he made many friends and was well known in his community for throwing the best basement parties. He gained his sense of protecting others by learning to be a role model and a protector for his sister.

At the age of 20, he went along with his parents and temporarily relocated to Coahuila, Mexico. Being a young man, he had great energy and spirit, often scaring his mother by “popping wheelies” on his motorcycle. He was known to have a contagious smile and be caring and protecting his family.

A few years later, Officer Meza, came back across the border, but stayed close by. He wanted to be close to his parents, but also close to other family members in the states. He chose to move to San Antonio, which made a positive impact on his life. It was there he met the love of his life, Christina Silva, whom he later married.

His biggest dream in life was to become a law enforcement officer. With Christina’s encouragement, Meza enrolled and then graduated from the San Antonio College Law Enforcement Academy. His first position as an officer was that of a Deputy Sheriff with the Llano County Sheriff’s Department.

Two years later, he transferred to the Burnet Police Department in Burnet, Texas and moved his young family there. His goal as an officer was to become a K9 officer with his best friend and dog Kuso. Six months after joining the new department, Officer Meza applied for the K9 Handler position and was finally given the opportunity to live out his dreams.

Officer Meza was 30-years-old when he suffered his fatal heart attack. Outside of medical conditions, the age of 30 is considered by most to be very young for having this occur. As an officer, one would guess that Meza was generally physically fit. So, how could this have occurred?

While it is true that there could have been some underlying medical condition, it may have been brought on by job stress. A recent study by the Buffalo Cardio-Metabolic Occupational Police Stress (BCOPS) demonstrated a link between law enforcement stress on the job and having stress-related medical conditions.

The study took place over a 5-year period while doctors examined the health of over 464 members of the Buffalo Police Department. The results of the study showed that the daily psychological stress that officers face on the job puts them at increased risk for serious health problems. These can include cardiovascular disease, obesity, suicide, sleeplessness and cancer. While health differences have been noted among ethnic groups, locations, and other areas, this is one time when serious health disparities are noted over an occupational choice.

Meza was a role model to the young people of Burnet. As a K9 officer, the community looked up to him. Young teens who looked towards a career in law enforcement were encouraged to sign up for the Burnet Police Explorers program. Meza loved to laugh and cut up, but at the same time he was a role model for his community. He cared about the children in his community.

The department also has an agreement in place which not only allows officers to enforce legal statutes within city limits but also expands their territory to one mile outside city limits in their area. They also work closely with neighborhood watch programs and help many members of the community.

Officer Meza was a young man of 30 when he passed. He left behind his young loving family. He had his wife, Christine, from their still new four-year marriage and their beautiful young 2-year-old daughter, Mia. Mia was the light of Meza’s life. She had him wrapped around her finger.

He also left behind both of his parents, a sister, and two nephews that he was very close to. The loss to his family and his ‘blue’ family is great. He touched the lives of many in the community, and for his friends, family and the city of Burnet, they will all mourn the loss of their local hero in blue.