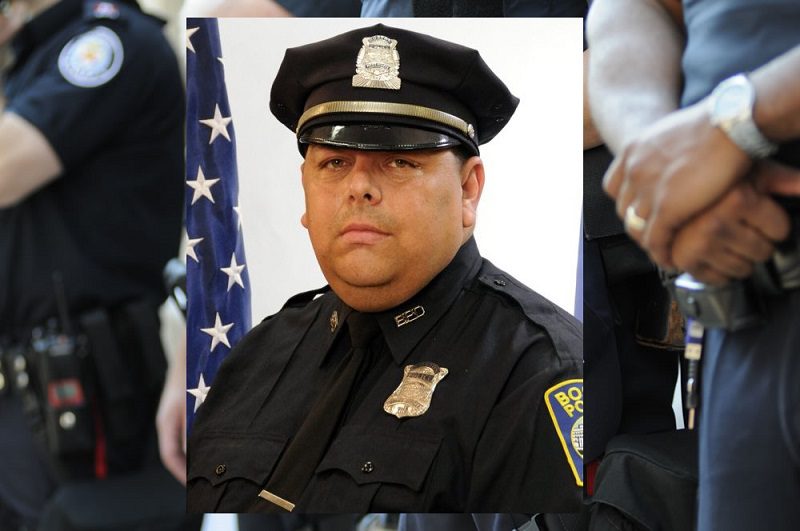 Boston Loses One of Their Finest

Boston has lost its first officer to COVID 19. Fifty-three-year-old Boston Police Officer Jose Fontanez lost the battle with coronavirus on April 14, 2020. He had served with the Boston Police Department for 29 years. He had received many commendations during his career.

Fontanez began his career with the department in 1991. In 1996 he started patrolling in District 13, the Jamaica Plains. Boston Mayor Marty Walsh made this point. “…that’s nearly a quarter of a century serving one community. He was a decorated officer.”

Hospitalized since April 3, but after 11 days, he lost his battle with the virus. His son, Keaton Fontanez, said it had been difficult to watch his father’s condition deteriorate from Florida.

“He was a great father; he really cared about his children,” Keaton Fontanez said. “I think it’s just kind of crazy how quickly this all happened because, like a month ago, he was fine, he was perfect.”

Due to social distancing regulations in most communities, many departments are getting calls for officers when there are gatherings of more than ten people. Officers, rightly so, are concerned with their safety and the risk of bringing the virus home to their families. Family, friends, as well as the general public, have sounded the alarm for officers and other first responders’ safety.

Departments across the country have enacted procedures for officers to complete a daily health check. Officers are also wearing protective gear when on patrol. There is some problem with having enough personal protective equipment available and understanding the details of disinfecting police equipment. It is a new addition of dangers while on the job as if policing were not dangerous enough already.

Massachusetts Governor Charlie Baker praised those in law enforcement for continuing to hold the line during this tragic health crisis. “They do it because it’s just their job, but they also do it because they chose this to be the way they define the purpose for themselves.”

“They open doors every day where they have no idea what’s going to be on the other side,” he said. “The complexity for them associated with the presence of a virus like COVID-19 just amps up in a significant way almost everything associated with the work that they do.”

The Boston Police Department holds the honor of being the oldest police force in the United States, dating back to 1838. It is also the largest police force in the New England area and the 20th largest force in the U.S. Before its official establishment as a Day Police in 1838, law enforcement in Boston dates back to 1635 with the establishment of the first night watch. By 1703, pay began for night watchmen at the rate of 35 shillings a month. The Day Police had no connection with the previous night watch, but was newly organized by the city marshal and began with six appointed officers.

As part of regular duties, Officer Jose Fontanez would walk for a minimum of 45 minutes per day in his patrol area as part of the ‘Walk & Talk’ strategy. It is a form of community policing that was brought back into effect in the 1990s. Other initiatives have also been considered a success with the community policing practices such as the ‘Same Cop Same Neighborhood’ and ‘Safe Street Beat Teams.’

District E-13, where Fontanez was assigned, was the Jamaica Plain area of Boston. This patrol area serves approximately 38,000 Boston residents. Overall, the Boston Police Department has nearly 2,015 officers and 808 civilian personnel. They are responsible for the Boston Metropolitan Area, which includes roughly 618,000 residents. The department also requires all officers hired after 1995 to live within Boston city limits.

Officer Jose Fontanez is survived by his wife, four children, one grandchild, and siblings. His fellow officers stated he was devoted to his family. Boston Police Commissioner William Gross spoke highly of Officer Fontanez and his service to the community. “Let me tell you folks; this was a great man, loved this city, of course, loved his family, and loved his family of blue and served them well…He fought a valiant and courageous fight against COVID-19. I’d like to thank the nurses and doctors at the Boston Medical Center for taking care of our brother. And I’d like to thank all of the first responders, our health care providers, workers, that each and every day are helping us to fight this horrendous virus.”

The entire city of Boston came together in respect of the procession for Officer Fontanez. Governor Charlie Baker respectfully added this comment about the loss to his family and the city. “My heart, and I think everybody’s heart, goes out to him and his family and especially to his brothers and sisters in uniform.”