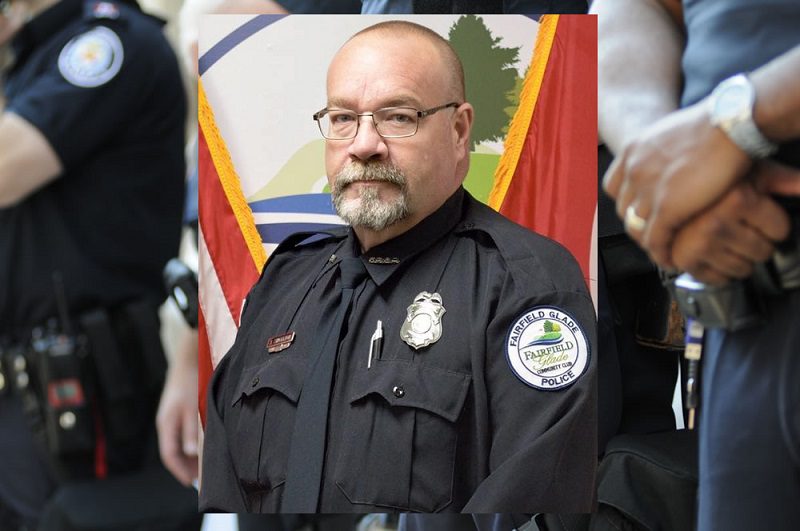 On December 31, 2019, Police Officer Jerry Clyde Singleton was found unresponsive inside the Fairfield Glade Police Department. He had suffered a suspected pulmonary embolism and was not able to be resuscitated. The embolism is thought to be a result of injuries sustained when Officer Singleton was seriously injured during a vehicular assault that occurred on August 6, 2017.

While working for the Kingston Police Department, he conducted a traffic stop on Highway 58 close to the Southwest Point Golf Course. He suspected the driver was operating under the influence. The driver pulled to the side of the road and Officer Singleton asked for his license. The suspect then put his truck into gear and sped off. His truck was pulling a trailer behind it. The trailer struck Officer Singleton fracturing his legs in several places. He returned to work after six months of healing, but soon blood clots began to form from the injury. Dr. ‘s believe it is due to one of these blood clots that Officer Singleton suffered his fatal pulmonary embolism while on duty.

Police Officer Jerry Singleton had a long 30 plus year history in his local area as a law enforcement officer. Before becoming an officer, he served in the U.S. Army. During his many years as a police officer in his area of Tennessee he served at multiple departments. He spent time working at the Harriman Police Department, the Kingston Police Department, and Rockwood Police Department. He also served as a deputy sheriff at the Roane County Sheriff’s Office. He finished his career serving at the Fair Glade Police Department.

The community contains 23.5 square miles that contains five 18-hole golf courses, several tennis courts, and 11 fishing lakes. Two of the largest lakes have full marinas and swimming areas for residents and guests. There is also a new Fairfield Glade Community Center available for residents. The center houses an indoor pool, gymnasium, showers and locker rooms. It also has game rooms, media areas, meeting rooms, an arts & crafts center, a banquet room and concessions. It is a full resort facility.

The community is home to over 2,500 households. Approximately 4.5% of these households have children. The area is large enough that they have more than just security, they have their own police department.

The CALEA sets forth certain goals to strengthen crime prevention, formalize management procedures, and establish fair and non-discriminatory personnel practices. They also help with interagency cooperation and encourage trust and confidence from the community and staff in the agency.

Though Officer Singleton was a widower, he was survived by his son and a grandson. He also had many friends and other family in the area. The men and women he served with looked to him as a friend and part of their own family in blue. All those in the area wanted to honor him and be there for him and his family as they said goodbye.

The Patriot Guard Riders commenced to honor Officer Singleton to his final resting place with a silent flag line and escort. The group felt it was their honor to give such respect to a humble man who had spent his life serving his country, community, and his family. May he rest knowing his life was a job well done.