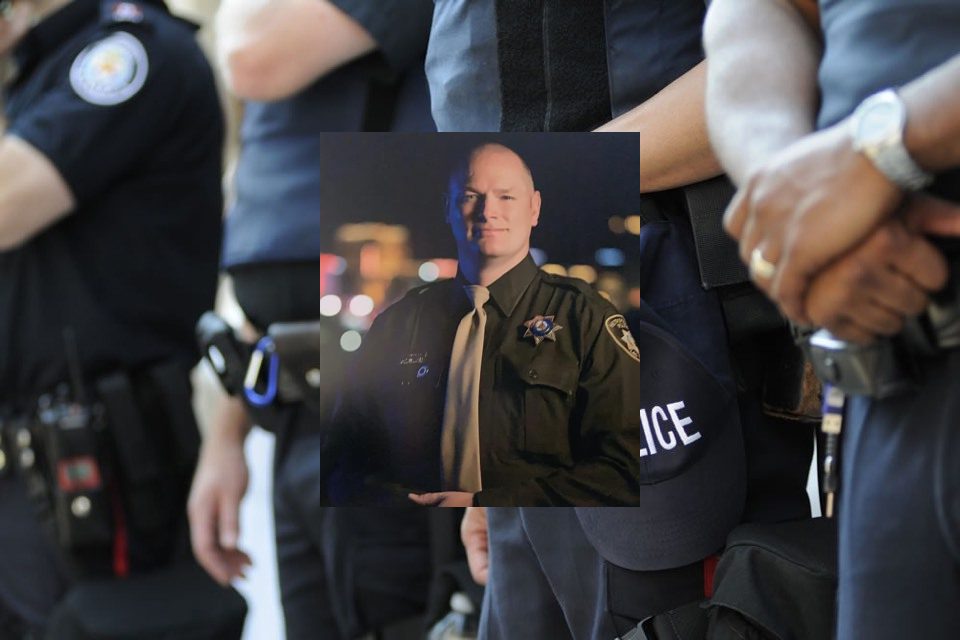 It was a devastating day for Las Vegas residents when they learned that a well-liked metro police officer had died in the line of duty from contracting the coronavirus. On Thursday, June 24, 2021, Police Officer Jason Swanger, badge number 14743, passed away due to complications of the virus. COVID19 has quickly become the number one cause of line of duty deaths in all law enforcement. Hundreds of officers have been lost since the start of the pandemic.

Officer Swanger was born to live a life of civil service. He signed up after graduation to serve his country. Swanger was a veteran with both the US Navy and Army National Guard. After spending time in service to his country, Swanger wanted to continue to give back and help protect his communities, friends, and family members, so he chose to enter a career in law enforcement.

Officer Jason Swanger had served for more than seven years with the Las Vegas Metropolitan Police Department. His last assignment was in the Enterprise Area Command. Swanger loved children, played Santa Clause, and helped coach the Raiders Football Camp at the elementary school. Swanger was a family man and, to his colleagues, nearly larger than life. Even on the worst days, he could cause a smile with his many great one-liners. He was known as a “man among men.”

You may be surprised to learn that the Las Vegas Metropolitan Police Department combines city and county law enforcement agencies. Sheriff Joe Lombardo has headed the agency since 2015. Officer Swanger had spent his seven years in law enforcement with the LVMPD.

The “Metro” is the largest law enforcement agency in the state of Nevada and one of the largest in the country. Officers provide patrols and protection to cover more than 8000 square miles and be a resource for more than 2.2 million residents. The department has more than 4,100 sworn officers and nearly 6,000 total employees. As one of the country’s largest, the agency has an extensive yearly budget of over 856 million dollars.

Police Officer Jason Timothy Swanger leaves behind his wife, daughter, son, parents, and brother. The family is heartbroken by the loss. However, many residents, neighbors, and friends will help show them the support they need to get through this difficult time. In addition, area law enforcement will help honor the loss by coming in large numbers and providing full honors and gratitude as Swanger is laid to rest.

Friend and housekeeper Trisha Nielson shared her thoughts of the loss online. “Jason always had a way of putting a smile on my face. He would start the conversation with a cheesy joke or a corny one-liner that made me laugh every time. He loved his family more than life. I was his house cleaner, and his actions and the way he had spoken of his family showed his love for his kids and wife. I am so sorry for your loss. Heaven gained an angel to watch over Leliana and Noah always. God Bless you all.”

Colleague Angela Suarez shared her grief with others. “It’s hard to believe that a few days ago, he was sitting at briefing among all of us. And the next day, he is gone. It still feels unreal, and it will be for a long time. There will forever be an empty chair that will remind us of him, never forgotten, always in our hearts. Thank you, Jason, for everything. Rest In Peace, brother.”