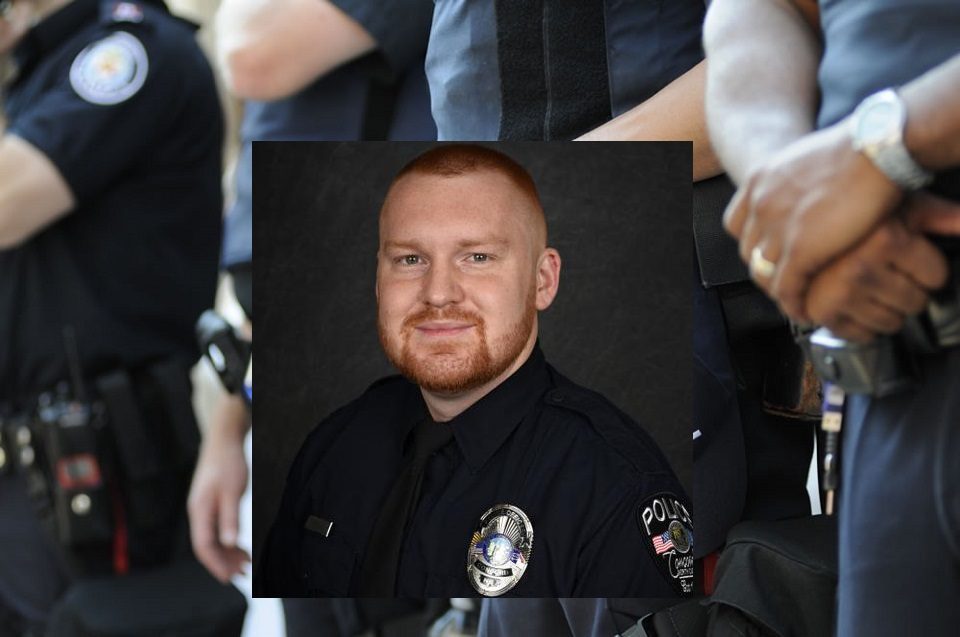 North Carolina authorities were sad to brief residents that a local officer had been shot and killed. On Wednesday, December 16, 2020, Concord Police Officer Jason Shuping died from gun violence. Officer Shuping had been shot while attempting to stop a carjacking. He was 25 years old.
A North Carolina Alcohol Law Enforcement Officer had stopped to investigate an abandoned vehicle near a crash scene. It appeared to be a single-car crash on I-85 near the exit to Bruton Smith Boulevard. The agent and another Concord police officer were on the scene to investigate the impact. A woman approached the officers at the scene.

The woman was running up to report that she just escaped being carjacked at Sonic. The agent, Officer Shuping, and another Concord police officer responded by immediately going to the restaurant. It was at the Sonic restaurant on Gateway Lane NW. Once arriving on the scene, the officers then encountered the suspect.

As officers approached, the suspect pulled out a gun and opened fire on them. Both Officer Shuping and the other Concord officer were shot. Shuping was fatally wounded on the scene. Two additional officers responding as backup continued to confront the suspect as he attempted to carjack another vehicle. In the second exchange of gunfire, the Concord officers shot and killed the suspect.

Police Officer Jason Shuping had just begun his law enforcement career with the Concord Police Department. He had served with the department for a year and six months. The CPD is a full-service police department that serves approximately 90,000 residents in Concord, North Carolina. Concord was founded in 1796 on 26 acres of land to answer a disagreement between German and Scots-Irish settlers as to where the county seat should be located. As the agreement was successful, the city was named Concord, which means “harmony.” The new residents wanted the name to reflect the spirit in which the argument was settled with mutual grace.

Residents today believe the community still represents harmony. The CPD has included this sentiment in its vision. “A community where citizens and police work together, in harmony, to achieve the highest standards of public safety.”

Losing such a promising young officer has struck the community hard. Officer Shuping was a man who had much to give to Concord’s residents; he was a young man gone too soon. Shuping’s patrol vehicle has been covered with candles, cards, flowers, and more as the community residents have poured out their sorrow for the loss of the local hero. The city came together to support the officer’s family by sponsoring a “Chalk the Walk.” Here colored chalk was provided to residents to write out their messages of condolences and honor Shuping’s sacrifice.

Ashley Stamer, a former partner of officer Shuping, shared a statement on her response to the tragic loss. “I made it about 2 seconds before I burst into tears and began sobbing. I dreaded CPD releasing this photo, and it’s even harder to believe that a friend, teammate, son, brother, and a husband was killed in the line of duty. This man was a good man. Jason wasn’t a heavy badge cop. He was humble, loving, and kind. He saw the good in everyone. He had to be reminded frequently that, unfortunately, there is evil in this world. Jason’s heart was huge, and he didn’t care that people knew it.”

DaShawn Brown, a local journalist, posted her shock on Twitter. “The Concord Police Department, and community — heartbroken. For the second time in less than a week – a 25yo police officer – killed in the line of duty. I heard about it this morning when I was getting ready for work, and I just stopped and said, “Dear Lord, not another one.”

Ray Mullis, a resident, commented on the loss. “These police officers out here, trying to protect you, protect me, and something’s got to give.”