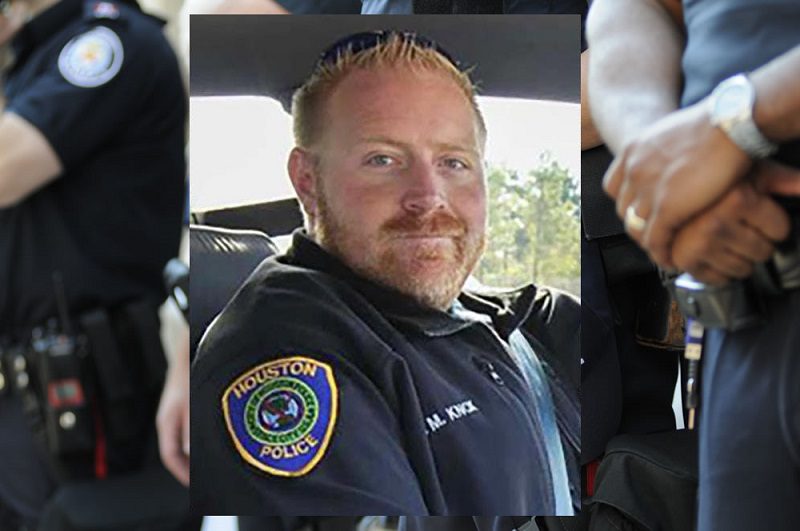 It was early, 2:00 am Saturday, May 2, 2020, when the Houston Police Department helicopter crashed into an apartment complex. Calls had come into the department to search for possible bodies seen floating in the bayou. No one was occupying the apartments that were hit, and no one on the ground was injured. Two officers that were involved in the crash, however, spent more than an hour mangled in the wreckage as firefighters worked to cut them free. Both officers were then transferred to the nearest medical facility for treatment. Police Officer Jason Knox died from his injuries. A second officer remains in critical condition.

During a briefing, Houston Police Chief Art Acevedo commented on the investigation. He stated to reporters that while the crash was being investigated, that several shots were fired nearby, and six people had been arrested. Oddly, he noted that the incidents appear to be unrelated, and he did not believe that the helicopter had been shot down. On the other hand, the crash is being investigated as a homicide. As the investigation is concluded, perhaps this could be made more transparent.

Officer Knox was aboard the MD 369E helicopter as the assigned tactical flight officer. The call to search the Greens Bayou had come in regarding a sighting of two bodies floating in the water. These bodies were not ever located. Officer Knox had served the Houston Police Department for eight years. He had applied to become part of their Air and Marine Division two years ago.

Officer Knox had an unusual side hobby. Perhaps not an uncommon hobby on its own, but the specifics of it as it relates to his job. Many men have hobbies in restoring old vehicles. Knox had learned to restore vehicles well enough to have a social media following, giving out advice to others. He took his hobby to a specific area, relating it to his career, and chose to spend his time restoring antique police cars.

A visit to the LAPD Museum had inspired Knox. The LAPD Museum displays a squad car for every decade. Hoping to start something similar for Houston, Knox began focusing on the restoration of Houston Police Department vehicles.

His first car, a $700 auction buy from Pasadena, California, was called lovingly, “Shamu The Whale.” A 1996 Chevrolet Caprice Classic he brought back to Houston, then spent countless hours worrying about the exact shade of blue. He had previously given an interview to a local Houston station discussing his search. “There are five million shades of blue, and I wanted the one most historically accurate for this project.”

His scavenger hunt was rewarded when he eventually found an old HPD cruiser in the back of a junkyard. Inside the glove box, a card with the original ‘HPD blue’ paint code listed.

It took him some time, but Knox found the original decal company and paid to have a set made for his car. Once finished, he enjoyed taking the car out to local neighborhood gatherings, car shows, and even driving in the parade. He used his hobby to further reach out to the community he was protecting and serving.

The department was historically formed in 1841, giving out its first-ever badge, numbered “1.” The department has come a long way since and now has over 5,300 officers and 1,200 civilian employees. The first HPD vehicle was purchased in 1910, the same year that began the patrol squads. Now, thanks to officers like Knox, the Houston Police Museum displays vintage HPD patrol cars for the public to enjoy.

Officer Knox will be missed by all that knew him. He leaves behind his wife, two children, and his parents. His father, a Houston City Council member, was also a former Houston Police Officer. As a city representative, his father posted the following statement:

“My wife, Helen, and I and Jason’s wife, Keira, are deeply grateful for the outpouring of love and support from our Houston community. We celebrate all Jason embodied as a committed HPD officer and pilot who fully embraced his job, and we celebrate Jason as he was outside of his work – a devoted husband, a loving father, and our only son whom we cherished every day. Where there is great love, there is a great loss. We love Jason with all of our hearts, as we always have, and we will keep all that he is alive for his children. As believers, we know Jason is in the loving arms of Jesus Christ, our Lord, and Savior. We appreciate the privacy you have given us and continue to provide as we walk this road, we would never wish for anyone, but that we now accept as ours.”

Houston Police Commanders and officers came out to escort the body of Officer Jason Knox from the Harris County Institute of Forensic Sciences to the Pat H. Foley & Company Funeral Home. Residents and other officers came out to show their respects, some holding signs, to give their goodbyes and to honor the fallen officer.

Police Chief Art Acevedo wrote this public statement on his Twitter account. “Our hearts are broken after the loss of an amazing officer. He was a great husband, father, son, and friend. Above all else, he was kind, gentle, generous, and an honorable American. Our hearts go out to his family, and all that knew and loved him. We pray for God’s comfort.”