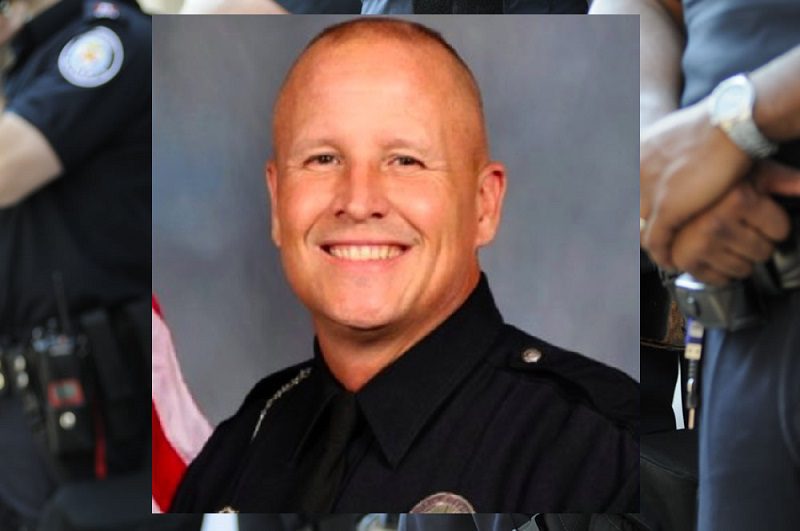 The accident occurred at Liberty High School near the intersections of 97th Street and Deer Valley Road. Officer Judd had been at the school to participate in a motor vehicle demonstration for the Youth Citizen Police Academy Camp. The crash occurred on one of the sidewalks. The youth participating in the camp had already departed the area and were no witnesses to the tragic accident.

Judd was immediately transported to a local hospital for life-saving treatment, and there he succumbed to his injuries.

Brandon Sheffert, the Peoria Police Department spokesperson, said that it was unclear what had happened, but that the Glendale Police are investigating it. He also commented about Judd’s experience. ” “We had been hosting a youth program camp that we do every year. Officer Judd was one of the officers there today performing a demonstration. So, a demonstration occurred for these kids; they went back inside, Officer Judd was leaving at the time — we’re not really sure what happened — the motorcycle came out from under him, and he crashed at that point he was injured. He has been in our traffic unit, I believe, about 17 years. Not only is he in our traffic unit, but he is also an instructor, he teaches people how to become police motor officers … he’s amazing at what he does, he’s an amazing bike rider, motorcycle rider, so it’s tough.”

Police Chief Art Miller, was also devastated to state his officer’s death. “I believe that all of our personnel at the Peoria Police Department are our finest. Jason was one of our finest of the finest. We are definitely grieving here today in Peoria,” Mr. Miller stated. “I want to thank all of the agencies that have offered support.”

Law enforcement is inherently a dangerous career choice. The general public may assume that most officers must die from gun violence due to out of control criminals and gang members. Gun violence does indeed top the chart each year as a cause of line-of-duty deaths, but the second leading cause comes from vehicular-related accidents. In 2018, the number of line-of-duty deaths caused by gun violence and vehicle deaths was, for the first time, tied in number.

Statistics on the causes of law enforcement deaths have been kept for some time to review the reasons and look for ways to make policing safer. From 1980 to 2008, 823 law enforcement officers died as a result of vehicular accidents or assaults. Of this number, 90 were from motorcycle accidents, much like the one in which Officer Judd was involved. His accident is under investigation, not only to understand the cause but to look for ways to prevent other deaths in the future.

Police Officer Jason Judd served with the Peoria Police Department in Arizona for 21 years. During that time, 17 years were spent as a member of the traffic unit – and as an instructor to other officers to learn how to be better motorcycle officers.

The Peoria Police Department serves a community of 125,000 residents in Peoria, Arizona, a suburb in the Phoenix Metropolitan Area. The department has approximately 150 full-time officers as well as civilian employees.

Tragedy for Family, Community, and Co-Workers

Police Officer Jason Judd is survived by his wife, Teresa, and his children. His wife was employed by the Surprise Police Department. He also had many extended family members, friends, neighbors, and family in blue who will all come together to grieve the loss of a great local hero.

Officer Judd had also served his country as a member of the U.S. Air Force before becoming a police officer.

A viewing will be held for the public on Monday, July 13, at Hansen Mortuary in Phoenix, followed by his funeral on Tuesday.

Natalie Reilly, the founder of the group Love Notes, an organization that supports law enforcement officers and their families, which began in Peoria, Arizona, wrote this message on her Facebook page regarding the loss of Officer Judd. “The last thing I ever expected from Love Notes was to come into such a close-knit community of first responders. I spent a lot of time with our Peoria Police Department and, so, when the calls and text messages started rolling in this afternoon, it hit especially close to home. As many as we lose every year, losing an Officer never gets easier. It only gets harder to understand. God bless our men and women in Blue… and God bless Officer Jason Judd.”