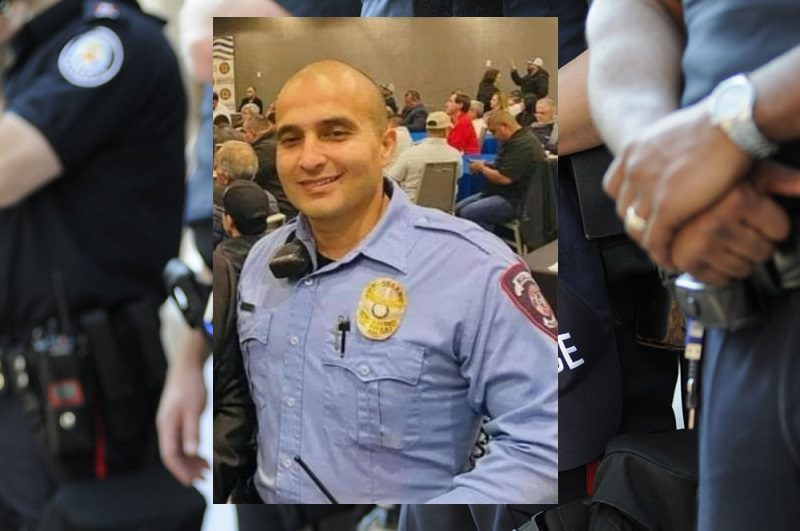 Around 3:00 p.m., Officer Chavez and Police Officer Edelmiro Garza answered a call regarding a domestic disturbance on Queto Street. They began their investigation by talking to two individuals about assaults that had occurred in a nearby home.

Police Chief Victor Rodriguez had this to say about the two officers during his briefing to the media. “They were doing their job. That is what they were supposed to do. The person was a suspect of the incident, met our officers at the door, and shot at both officers. Both officers suffered fatal wounds; they have both passed away as a result. The officers never had a chance to suspect deadly assault on them, much less death.”

Answering a call for a domestic violence situation is potentially lethal for officers. According to the National Law Enforcement Officers Memorial Fund (NLEOMF), in 2017, more officers were shot and killed during domestic violence calls than all other calls combined.

One way to realize that domestic violence calls can be the most dangerous is by comparing the national statistics. NLEOMF and other organizations keep statistics on the causes of line-of-duty deaths to find ways to keep officers safer on the job.

To compare data, from 1988 to 2016, 136 officers were killed while attempting to answer domestic violence calls. During the same period, 80 were killed during drug interactions. This knowledge has led to more safety and preventative measures such as back up patrols to lower the number of officers lost.

Currently, the city of McAllen has a population of about 150,000 residents. The McAllen Police Department protects the public safety of these residents with approximately 250 sworn police officers. The bi-national metropolitan area accounts for nearly 1.52 Million citizens.

McAllen is also known as the “City of Palms.” The police patrol approximately 48 square miles to maintain safety within the city limits. McAllen has a sub-tropical climate, like much of southern Texas. Due to large oil production, farming, and a new suspension bridge to Mexico, the number of citizens and residents in McAllen is continually increasing.

The community of McAllen, Texas, is grieving for the loss of two outstanding residents. Officers who were there to provide safety and security to all those who lived there.

Chief Rodriguez was emotional during the briefing. He added, “The next few days for us, moving forward as well, will be very, very difficult, for ourselves at the department and McAllen’s city, but our strength will get us through. We gather our strength from our police officers, and we gather our strengths from our colleagues, as you can see here.”

Governor Greg Abbot ordered flags to be held at half-staff in the memory of the two officers. The McAllen Police Department has used their patrol vehicles as a display for community residents to express their remorse and leave flowers in a memorial to the officers.

Abbot also stated this on Twitter, about offering the full support of his officers and their families. “Two of our finest were killed in the line of duty while working to protect residents in their community. I’ve spoken with McAllen Police Chief Victor Rodriguez and offered the full support of the State of Texas.”