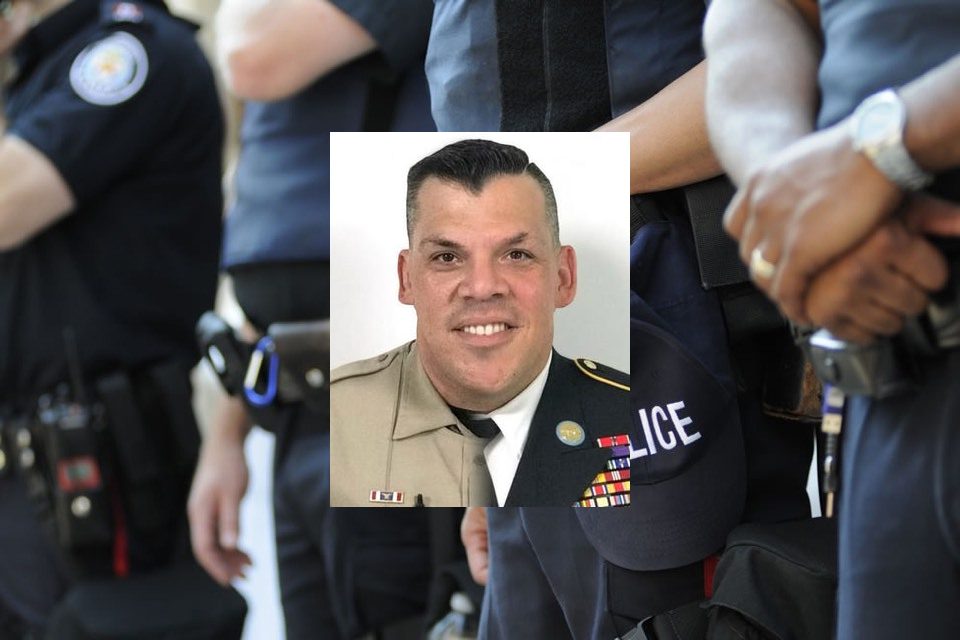 While driving along Alligator Alley or Interstate I-75 at approximately 1:20 am, Officer Dominguez lost control of his vehicle when the rear right tire blew out. At this time, his patrol car overturned several times. Officer Dominguez died at the scene.

I-75 can be a dangerous highway and is well-known to southern Floridians. The route begins in the Hialeah-North Miami Lakes area; it then crosses Florida, to Naples, then north through the US, and ending in Sault St. Marie in the northern Michigan peninsula.

Officer Dominguez, age 49 at the time of his death, began early in his life to provide civil service to others. He was a US Marine Officer and an Army National Guard veteran before choosing to go into law enforcement.

Those who choose to enter law enforcement as a career choice do so fully understanding that they will be putting their lives at risk. It can be easy to think the risk is all guns and criminals to those unfamiliar with career law enforcement. This cannot be further from the truth.

In December 2019, as the year was coming to a close, John Wills, an author who was a former Chicago police officer and FBI agent, disclosed the year’s count of the line of duty deaths. He pointedly spoke of the 38 law enforcement officers who had been killed by gunfire. The number may seem significant as any loss of life is tragic. The shocker came when he pointed out that automobile accidents had surpassed any form of violence in taking the lives of officers. For 2019, there was an average of one officer per week lost to an automobile-related injury.

This information is included for all the officers who regularly read this blog and those concerned about officer safety. There is hope that helping to make you and others more aware that automobiles are the most dangerous part of being an officer. Officers should be encouraged to think twice and remember to buckle up. For all those out on the road – slow down and get over, as it is law in most states and necessary for our officers’ safety.

Officer Dominguez was not wearing his seatbelt and was thrown from the vehicle. It might have been a different outcome if he had worn it. We will never know.

Police Officer Horacio Dominguez had spent his law enforcement career with the Miccosukee Tribal Police. The department served nearly 4000 residents on tribal lands and had approximately 38 officers. Tribal police departments apply all federal, state, and tribal laws on reservation land. They have fully sworn officers who have the same authority as officers from other departments.

The Miccosukee Tribe is a federally recognized tribe living in the state of Florida. The tribe was originally a part of the Seminole Nation until they separated and organized as a separate tribe. In 1962, the federal government recognized them as their own, individual tribe. The tribe members speak the Mikasuki language with is a dialect of the Hitchiti language, which is the primary language spoken within the Seminole tribes.

Losing a family member under any circumstance can be difficult. For the Dominquez family, the loss is devastating. Police Officer Horacio Sebastián Dominguez leaves behind his wife and young daughter. It will take the support of the community as well as friends and family to help them during their time of need.

Florida Governor Ron DeSantis shared the announcement and his condolences on social media. “@FLCaseyDeSantis and I are devastated by the loss of Miccosukee Police Officer Horacio Sebastián Dominguez. Officer Dominguez, a veteran of the U.S. Marine Corps and Army National Guard, served our state and nation with distinction. We are keeping his family in our prayers.”

North Miami Beach Police Department shared grief with the Miccosukee Tribal Police Department and Dominguez’s family and expressed it on their Twitter page. “Today, we are thinking of our brother and his daughter and widow. Officer Horacio Sebastian Dominguez, gone but not forgotten. @miccosukeepolicedepartment, we are with you.”

The Miccosukee Police Department released a statement regarding Officer Dominguez. “Officer Horacio Sebastián Dominguez was a dedicated military veteran, marine, and soldier, who served his country honorably and recently retired as a staff sergeant with the Army National Guard.”

Police Officer Dominguez is the second Florida officer in four days to be killed from a vehicle-related incident.