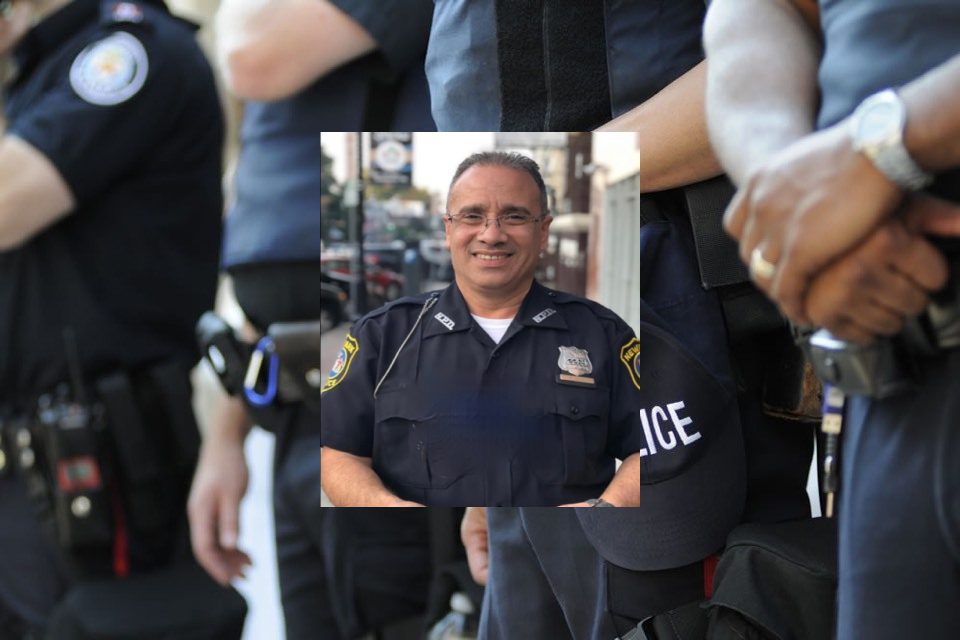 New Jersey officials were saddened to announce the loss of a well-respected veteran officer who passed away due to COVID19. On January 13, 2021, Police Officer Hector Moya of the Newark Police Department succumbed to the virus. He was 55 years old.

Moya was born in Brooklyn, NY. They called him “the Man of Steel.” He was raised in Puerto Rico then later resettled in New Jersey. Moya joined the Newark Police Department in 1998. He served his community as an officer for more than 22 years of his life. His duties with the department included the Fugitive Apprehension Unit, Auto Crimes Division, Special Victims Division, and patrol within the 2nd, 4th and 5th Precincts.

Officer Moya was a well-respected officer and a friend to all he met. He was known for his gentleness, compassion, humility, selfless support, loving spirit, and contagious smile. Moya was the seventh police officer from the Newark Police Department to die from the coronavirus pandemic. The state of New Jersey has had more than 20,000 residents die from COVID19.

Police Officer Hector Moya served with the Newark Police Department. The NPD began its history when it was established in April 1857. It is the primary law enforcement agency in Newark and the largest agency in New Jersey. The department is a large but highly consolidated agency with more than 1100 sworn officers and approximately 200 administrative employees. In 2014, newly elected mayor Ras Baraka agreed with the US Justice Department to provide additional oversight and monitoring of the police department. This step has helped to improve community relations. The result established a new citizen’s advisory board to help work with the department and develop ties within the community. The agency is a member of the New York-New Jersey Regional Fugitive Task Force.

COVID19 has taken the lives of hundreds of law enforcement officers. Hundreds of families of officers across the country are facing a future with empty seats at the table. These men and women continued to protect and serve their communities despite the risk to their lives and their families.

New York Mayor Ras J. Baraka gave a brief statement about the loss of Officer Moya to residents. “The City of Newark deeply grieves the loss of this beloved 22-year police veteran. Officer Moya served our communities with honor, distinction, and excellence. We extend our deepest condolences and prayers to Officer Moya’s family.”

Public Safety Director Anthony Ambrose spoke respectfully of the sacrifice given by Officer Moya. “It is with a heavy heart that we mourn the loss of the seventh Newark Police Officer to COVID-19. Officer Moya was a highly respected member of the Newark Police Division. He always had a kind word on his lips and a bright smile on his face. He fought a valiant fight against this virus and will be sorely missed.”

New Jersey Governor Phil Murphy shared his condolences with residents and the Moya family through a statement on his Twitter page. “We remember @NewarkNJPolice Officer Hector Moya. Born in Brooklyn and raised in Puerto Rico, he served the Newark Police with distinction for 22 years, bringing his compassion, humility, and good humor to the community he served. May God bless Hector and his family.”

The Newark, NJ Department of Public Safety shared photos of Officer Moya being escorted to the funeral home after his death as they announced his passing to residents. “Newark Police Officer Hector Moya, who succumbed to Coronavirus complications today, is escorted from the hospital to the funeral home by grieving members of his law enforcement family.”