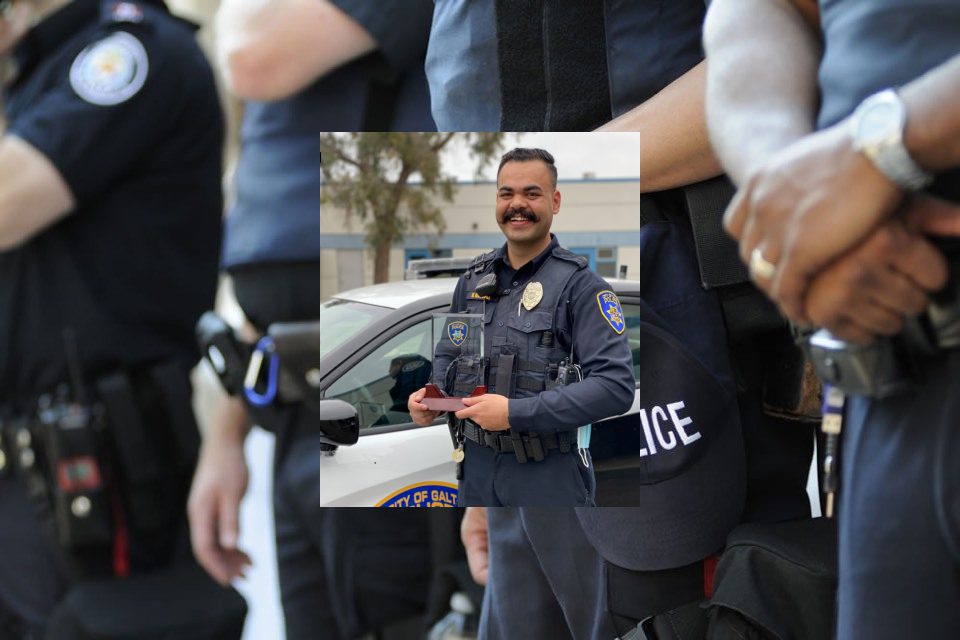 On Thursday, August 26, 2021, the Galt Police Department in California was stunned to learn that one of their officers had passed due to injuries sustained in an accident days earlier. Police Officer Harminder Grewal was involved in an accident on August 22 in which he sustained multiple injuries.

Grewal was not alone. He had his partner in the car with him. They were on their way to assist with the Caldor Fire evacuation efforts. Unfortunately, both officers were critically injured. The driver of the truck was killed in the crash. Both officers were immediately taken to local hospitals. Officer Grewal was treated at Kaiser South in Sacramento. He fought valiantly to overcome his injuries but succumbed to them four days later.

Officer Grewal was at the beginning of his career in law enforcement. He had served the residents of Galt, California as a law enforcement officer for more than two and a half years. Grewal was the department’s first Sikh officer. “Grewal proudly wore the turban as part of his uniform and was always eager to share aspects from his culture with others. One time that involved bringing traditional Indian food from home to share with others.”

The community loved and respected Grewal. They came together to honor his family for the sacrifice he made as an officer. Residents welcomed him as an officer and wanted to share how he had significantly impacted their lives with his family. His family was overwhelmed as hundreds of officers and residents came to share in their grief. Even many students came as they wanted to show respect to Grewal, who had worked as a school resource officer.

Police Officer Harminder Grewal enjoyed his work as an officer. He was dedicated to the residents of Galt and a member of the Galt Police Department. The GPD is the primary law enforcement agency in Galt, California. Officer provides security and protection for more than 26,000 residents.

The department has 38 sworn officers and 16 civilian staff members. They allow their motto to guide their policing, which is “Public Trust Through Professional Service.” Like the Galt Police Department, many agencies are turning to more community policing efforts and allowing residents to have a more significant impact on their neighborhoods.

Police Officer Harminder Grewal leaves behind his parents and brother. Residents lined the streets in hundreds, along with many children, to show the Grewal family how much they supported them in their loss.

Police Chief Rick Small shared condolences with the Grewal family. He described Grewal as a friend. “Harminder was a bright light in what can be a very dark world.”

Tracy Police Officer Jasper Juan made everyone smile at the funeral with his description of Grewal, his friend. “Your life was cut short, and you showed us everything can end in just one flash. But God has an angel now who has a love of spicy food and a badass mustache.”

High school student Devon Stout showed up at the services to support the Grewal family. “Today, we thought we would come here and honor Officer Grewal with a token of appreciation. We just wanted the family to know that we’re thinking about him, and they aren’t alone at this time.”

Galt High School student Xavier Torres shared his thoughts on the loss of Officer Grewal. He also came out to support the family. “It’s very sad for Galt High [school] because we’ve always had a resource officer. They’ve always been watching over us in Galt High School, and we just want to repay them. And for Galt, too, you know; this is our city, our town, and we’re always there for each other.”