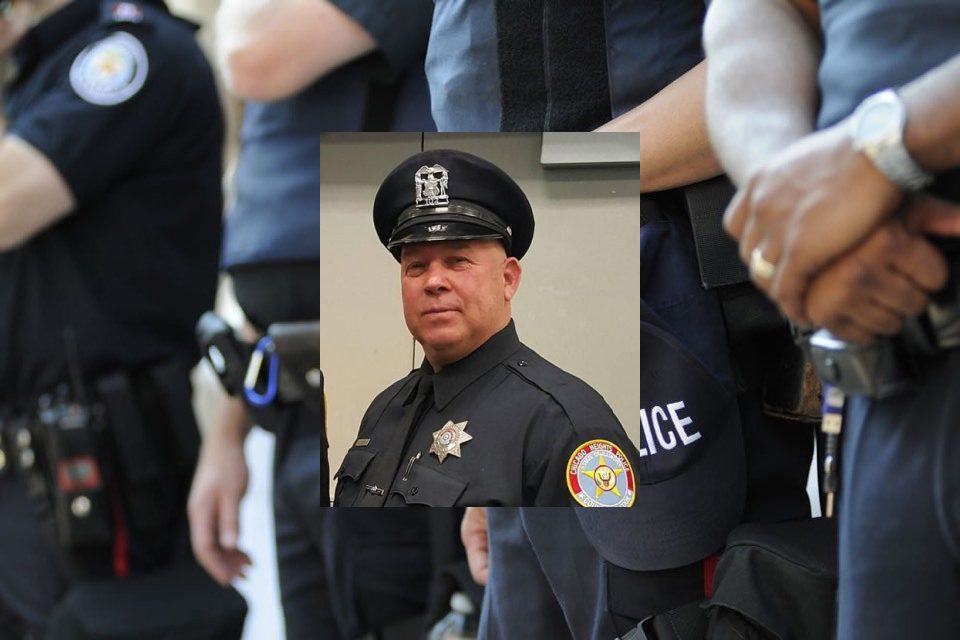 On Friday, March 12, 2021, Chicago officials briefed residents that a local Chicago Heights Police Officer had lost his life. Police Officer Gary Hibbs died from an apparent heart attack that occurred during an incident days before.

Wearing badge number 102, Officer Hibbs had served the residents in his community through his work with the Chicago Heights Police Department for more than 25 years.

On March 4, 2021, Officer Hibbs and other officers were responding to a domestic violence call at an apartment on 14th Place. When officers arrived at the scene, they began investigating the situation. It was decided that one person involved in the incident would be arrested.

When Officer Hibbs began to place the handcuffs on the suspect, the man decided to resist arrest. The accused man turned on Officer Hibbs and began to assault him. During the struggle, Officer Hibbs fell to the ground clutching his chest. He was immediately transported to Franciscan Hospital but succumbed to his condition days later.

Hibbs was a great leader and mentor as an officer. He was a great weapons instructor and was a member of an elite group of officers as part of the South Suburban Emergency Response Team. These are the officers called in for the worst emergency situations.

Throughout their jobs in policing, officers carry a great deal of stress daily. This stress can impact their health in a variety of negative ways. Researchers at the University of Buffalo conducted a study on 464 officers for a total of five years.

John Violanti, professor of social and preventative medicine at UB School of Public Health and Health Professions, was a primary investigator in this lengthy study. “Usually, health disparities are defined by socioeconomic and ethnic factors, but here you have a health disparity caused by an occupation.”

One important finding was this: “More than 25 percent of the officers had metabolic syndrome, a cluster of symptoms believed to increase the risk of heart disease, stroke, and diabetes, versus 18.7 percent of the general population.”

The Chicago Heights Police Department provides protection and police services to the south Chicago suburb of Chicago Heights. Chief Thomas Rogers has initiated many programs meant to keep residents safe from crime. One such program is the Crime-Free Housing Initiative. This program works with homeowners and landlords to work with his department to screen prospective tenants better and not to allow crime to take root on their properties or in their homes.

Loss is a difficult time for families, not different for that of the Hibbs family. Police Officer Gary Hibbs leaves behind his family, which included adult children and grandchildren. He was a proud family man. He was also proud the day his son, five years ago, also became a Chicago Heights Police Officer.

A wake was held with an impressive number of law enforcement officers to walk through. This was to help fellow officers and friends a unique opportunity to pay their respects in peace. Officers came from all over the area to fill the procession from the funeral home to St. Kieran Church. This procession included a line of police vehicles more than a mile long.

David Lux, a retired Homewood Police officer, had been a friend of Officer Hibbs since their high school years. He was not only a great police officer; he was a great friend. He was a friend to many, many people. He even treated the bad guys with respect. This whole job is nothing but stress. Your whole life is nothing but stress, and you have to deal with that in different ways. His way was through training. He was a complete officer. He loved doing the job, and it showed.”

Retired Chicago Heights Police Officer Brian Smith had worked with Officer Hibbs at the department and on the Emergency Response Team. “Me and him were like brothers. We did everything together. He was always happy, always smiling. If you needed something, he’d show up at your house later on with it.”

Chicago Heights Police Chief Rogers spoke of the significant loss to the department and community. “The Chicago Heights Police Department has suffered an irreplaceable loss in Officer Hibbs’ passing. Officer Hibbs set the gold standard both as a police professional and as a friend to us all in the department. My thoughts and prayers are with his family at this difficult time.”