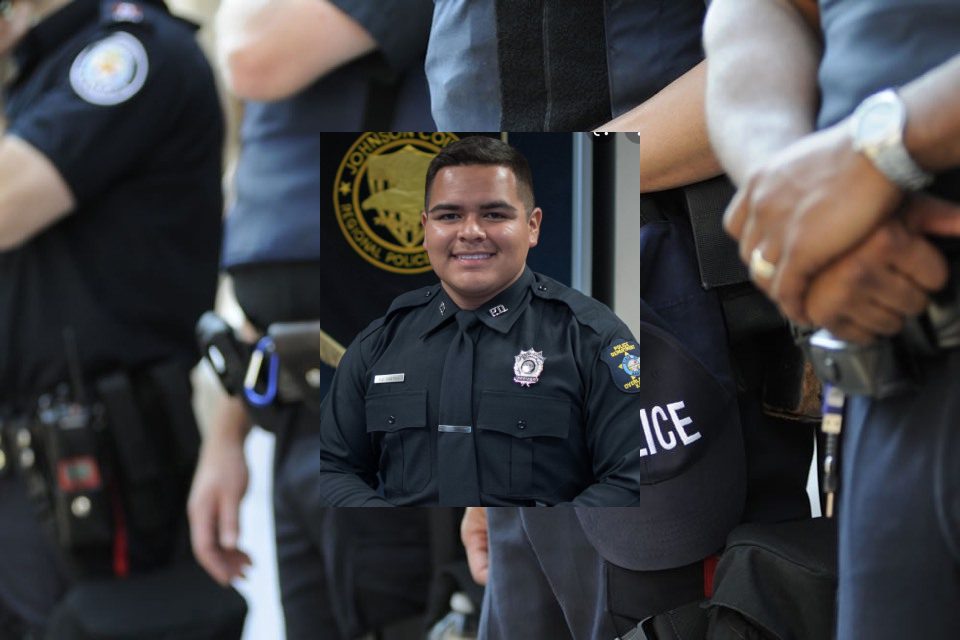 Kansas residents were devastated to hear that a local police officer had died in the line of duty after contracting COVID19 while on the job. The Overland Park Police Department announced the loss on Tuesday, August 31, 2021. Police Officer Freddie Joe Castro, badge number 1160, passed away due to complications of the virus. Officer Castro was 23 years old.

Officer Castro was a bright young man with great potential to give to residents in his community. He was known for his perseverance and determination. He graduated from the local high school, Shawnee Mission West. Casto’s goal was to become a police officer. Though he was too young to be a sworn officer, the Overland Park Police Department saw his potential and allowed him to achieve his dreams.

Freddie Castro joined the department to be a Motorist Assist Officer. He studied hard and earned his bones with the department, and after his 21st birthday, Freddie put in his official application to the department. Overland Park was happy to give him that chance. His official second anniversary with the department was on August 23, 2021. Though a rookie and just two years under his belt, Officer Castro had already earned several recognitions for his service to the community. Colleagues remember him as a bright young officer that was happy and had a contagious smile.

Police Officer Freddie Joe Castro served for over two years with the Overland Park Police Department. The agency, OPPD, was formed in 1960. Originally the area was covered by the Mission Township Police Department. This department disbanded. When Overland Park officially became a “first-class city,” it was determined that they needed their police department. Today, it has one of the lowest crime rates in the nation for cities of similar size.

Historically, the first officer the department lost was Kansas Highway Patrolman Sgt. Eldon K. Miller. He was shot and killed in Overland Park on January 19, 1968. He was trying to stop a bank robbery. The department has had its share of tragedy but has always come together as a team and a family. Officer Freddie Castro is the third officer to die in the line of duty in the department’s history.

Police Officer Freddie Joe Castro leaves behind his mother, brother, sister, nieces, and nephew. Residents, neighbors, and friends are devastated by the loss. They not only loved Officer Castro but were excited for him about his future as an officer. Law enforcement from around the area will come to help honor his sacrifice to the community and provide support for his family during their grief and for years to come.

Overland Park Police Chief Frank Donchez spoke of the recruit highly. “It is with a heavy heart that I share that Overland Park Police Officer Freddie Castro passed away a short time ago. Freddie was young, enthusiastic, and so proud to be a police officer. He left a lasting impact on our department, and we will miss him. Please keep Freddie’s family and friends and his OPPD family in your thoughts and prayers.”

A friend and resident, Paul Glasser, posted his shared condolences with the department. “Rest in Peace, young man. Have no fear of where you end up, as God’s Kingdom has no hatred, no crime, no diseases that can harm you or anyone else there. Your infectious smile will continue to warm the hearts of millions.”